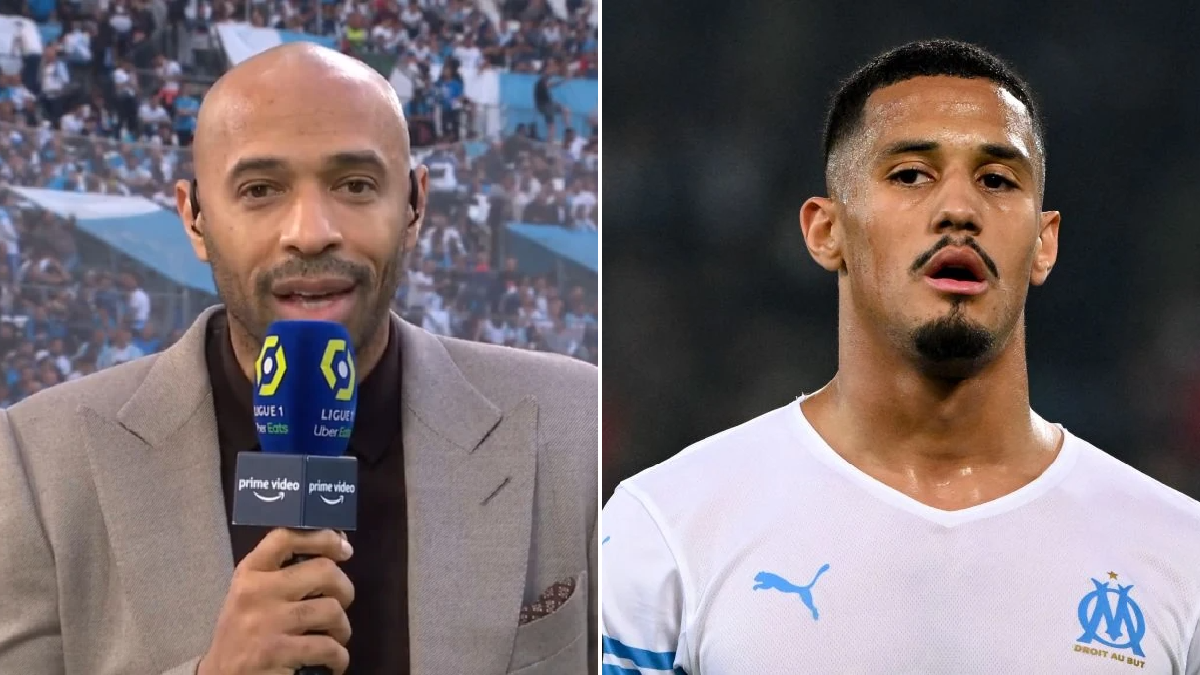 Thierry Henry has criticised Arsenal’s decision to let William Saliba leave the club on loan this season and believes the 21-year-old is good enough to be in Mikel Arteta’s squad.

Saliba is yet to make a first-team appearance for Arsenal since his £27 million move from Saint-Etienne in July 2019.

But the defender has impressed on loan with Marseille this season and was called up to France’s senior squad for the first time in his career during the last international break.

Arsenal have yet to make a decision over Saliba’s future with both Marseille and Atletico Madrid keen on a permanent deal for the centre-back this summer.

And Henry believes Arsenal should have allowed Saliba to gain experience in the Premier League this season.

‘I think it’s a real shame. They didn’t even let him make a mistake,’ Henry told Amazon Prime.

‘He was sent away without even being able to make a mistake. He didn’t have the chance to prove himself.

‘What he is doing here is extraordinary. He was rewarded with a selection for the France team.

‘Now he belongs to Arsenal, I don’t know where he will end up. We have seen that it was a little difficult for him to express himself on the subject.

‘What I know is that he could have been in the Arsenal squad. I am not Mikel Arteta but I found it difficult for him.

‘Anyway, he responded well and that’s the most important thing.’