Liverpool midfielder Thiago Alcantara faces a fight to be fit for the Champions League final after scans showed he sustained an Achilles problem on the final day of the Premier League season.

The Spanish midfielder underwent a scan on Monday which eased fears that he suffered significant damage during Sunday’s 3-1 win over Wolverhampton Wanderers at Anfield.

However, it remains unclear at this stage whether he will be fit for Saturday’s showdown against Real Madrid in Paris, according to The Athletic. 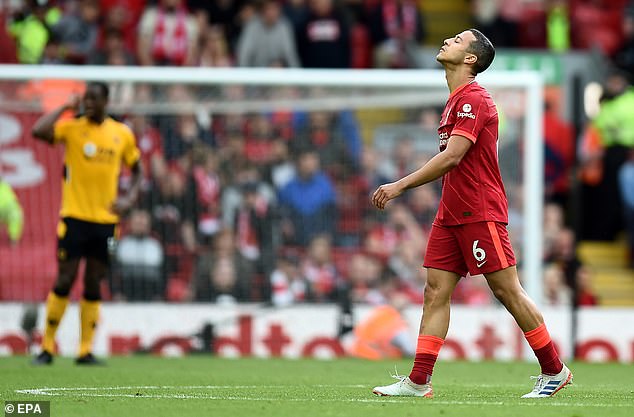 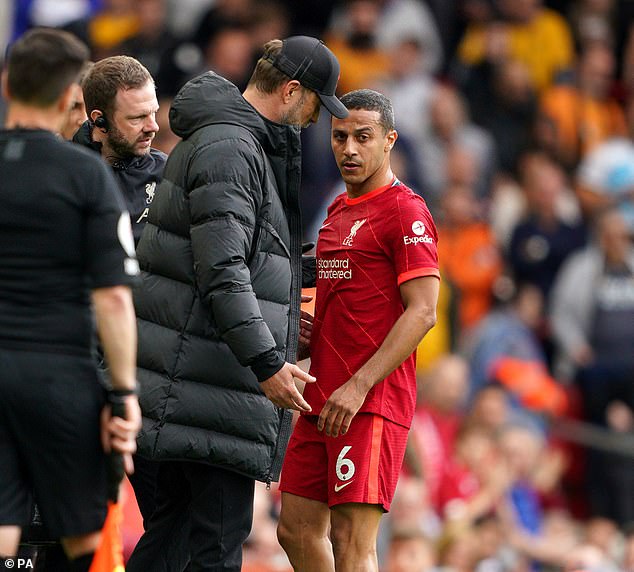 The 31-year-old, who came off at half-time on Sunday, has already missed one final this season after being hurt in the warm-up before the Carabao Cup clash with Chelsea.

Thiago has won the Champions League twice with both Barcelona and Bayern Munich in the past – therefore boss Jurgen Klopp will be hoping to have his experience at his disposal.

The Reds also face a second injury concern in midfield with Fabinho out since the 2-1 win at Aston Villa but the Brazilian is hoping to train later this week. 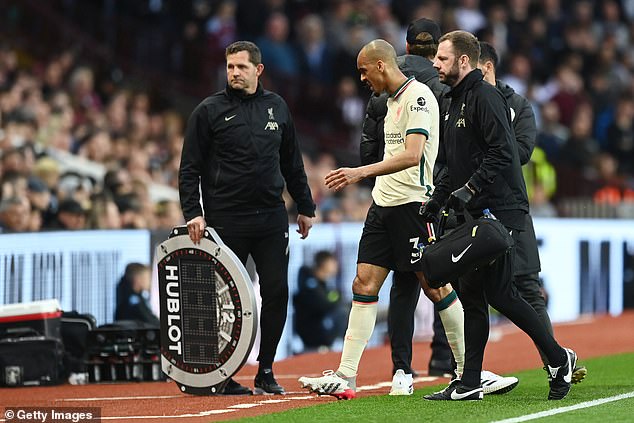 Boss Klopp will be hoping his two first choice midfielders will be back in contention in time for Saturday when they face the LaLiga champions.

Klopp has already ruled Divock Origi out of the final after the Belgium striker, who is leaving Liverpool on a free transfer to join AC Milan this summer, damaged his thigh during training at Kirkby on Saturday.

Virgil van Dijk was also an unused sub on the final day of the Premier League season while forward Mohamed Salah started on the bench.

The Egyptian, however, came on and scored on Sunday at Anfield – with both expected to be fully fit in time for the final.