‘Erik reached the top and Gino died in loneliness’: The story of Weber, a youth player like no other who connected with ten Hag but saw his life fall apart off the pitch

Erik ten Hag often thinks about how different life can be. About how paths that run side-by-side can one day diverge and about where they might end up.

Gino Weber was, according to ten Hag, the best talent in the Netherlands when they were coming through the ranks as young Dutch footballers. Weber was, he said, ‘an unparalleled player, with a mega technique, who was completely two-footed’.

They were close friends back then, team-mates in the FC Twente youth setup, and often travelled together to matches as their families lived not too far from each other. 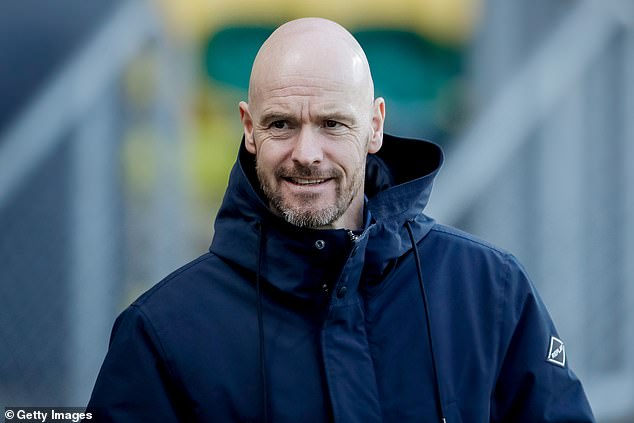 Ten Hag, now at Ajax, will soon be the new manager of Manchester United. Weber killed himself in 2003 at the age of 33.

Weber’s death had a profound impact on ten Hag and he remains in contact with Weber’s family. 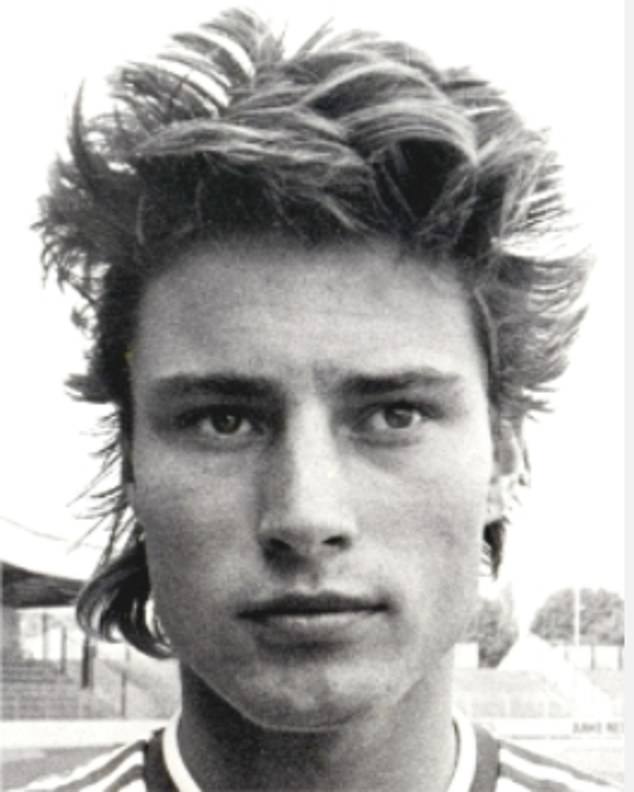 Weber suffered from borderline personality disorder, a mental illness that severely affects how the sufferer is able to control their emotions. It led to depression and addiction. An alcoholic and a gambler. He stole from his team-mates and was sent to prison for robbery. He self-harmed. His brother recalls how Weber would injure his knees and ankles with iron rods to make sure he couldn’t play.

He quit football aged 22. For the last five years of his life, he lived alone and, in July 2003, was found dead in a chair in his home from an overdose of alcohol and medication.

It had not always been this way. From the age of 12, Weber was a part of the Dutch national age-group sides alongside the likes of Ronald and Frank de Boer. Martin Jol invited him to train with West Brom’s apprentices during the school holidays. Weber joined FC Twente aged 15. It was there that he met ten Hag and the two became friends.

They clicked on the pitch as much as off it. ‘They understood each other without words,’ says Ben, who also played as a professional for FC Twente. ‘Erik was a big leader on the field, the captain of the team. It’s also why he’s a good coach.

‘My brother played with intuition. He didn’t think, it just worked. He did things that other players couldn’t.

‘Erik always said that Gino played like a snake. Nobody could stop him when he had the football on his feet. It is like glue on both feet. Erik said that Gino was a mix from Johan Cruyff and George Best. I think he could have played at any club in Europe.’ 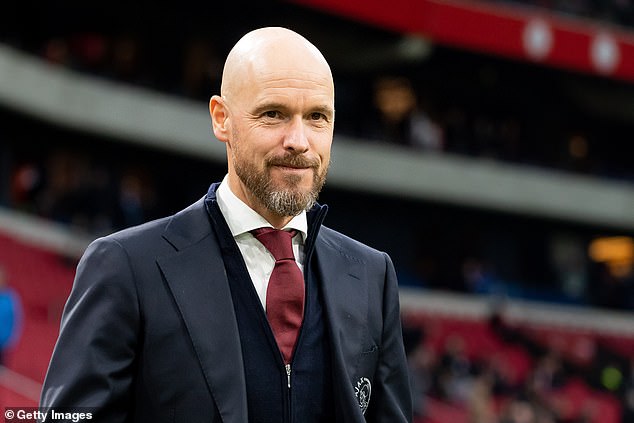 Weber certainly had the flair. His brother tells the story of when Weber took the deciding penalty in a shootout in the final of a national youth tournament. Before he walked up to take it, Weber turned to ten Hag and told him he was going to win it in style. He stepped up, did a Rabona, and won the game.

‘He was not afraid to miss,’ says Ben. ‘It was as though he had no pressure at all.’

It was around the age of 16 that Weber’s family began to realise something was wrong. ‘On the pitch, he was splendid. After games, he had different behaviour to normal people.’

Once Weber’s illness began to take hold, he withdrew from his friends and family. He and ten Hag drifted apart.

‘Erik went his own way and so did my brother but in the wrong direction,’ says Ben. ‘Erik was always very serious about his football. My brother was not. My brother became an alcoholic, ha a gambling addiction. All of his money, he spent on gambling and alcohol. Football was not important any more for him. Erik always wanted to be a footballer and reach the top. My brother now had other interests.’

It was not just ten Hag who lost contact. ‘Five years before he died, when he was 27, I could not help him anymore,’ says Ben, who later wrote the story of his brother’s life in his book My Brother Gino and Me. ‘He only came to me for money to buy alcohol or drugs. There was no good feeling that you would normally have between two brothers. He lived on his own, he had no feeling for family anymore.’

Ben was on holiday in France in July 2003 when his mother called and told them to come home at once. Gino was dead. Ben believes the overdose was accidental.

Ten Hag called the family to pass on his condolences as soon as he heard the news. He still keeps in contact. He and Ben played together in an FC Twente all-stars game and reminisced about how good Weber was and could have been.

And how different it might have been. Weber was 16 when his family noticed his personality changing. He was 26 when he was diagnosed with borderline personalty disorder. ‘At that time, there was no help,’ says Ben. ‘There are many who can help you now. There was more happening in his mind than we know.’

Weber’s death is just one tragedy to have affected ten Hag’s life and career. Another close friend, Andy Scharmin, died in a plane crash aged 21 alongside his mother and his aunt en route to a charity tournament in Surinam. Ten Hag carried the coffin at the funeral. And his coaching idol Epi Drost, whose philosophy has influenced ten Hag throughout his career, died of a heart attack during a match in 1995.

‘It puts everything into perspective,’ said ten Hag. ‘I certainly think about how things can go in life.’