Bomb shelters in the stadium, air raid sirens to stop play, every game moved to Kyiv and teams stripped of foreign stars: League football returns to war-torn Ukraine today… but it’s VERY different to how it once looked

The fixture – the first in the Ukrainian Premier League since mid-December – is poignant enough anyway, but the date adds even more significance to this remarkable restart. Today is Ukraine’s Day of the National Flag.

Tomorrow, August 24, will mark six months since Vladimir Putin’s ‘special military operation’ began, but it is also Ukrainian Independence Day. There is not a more fitting time to show that Ukraine will not surrender.

Sportsmail has the lowdown on the return of the Ukrainian Premier League and what to expect. 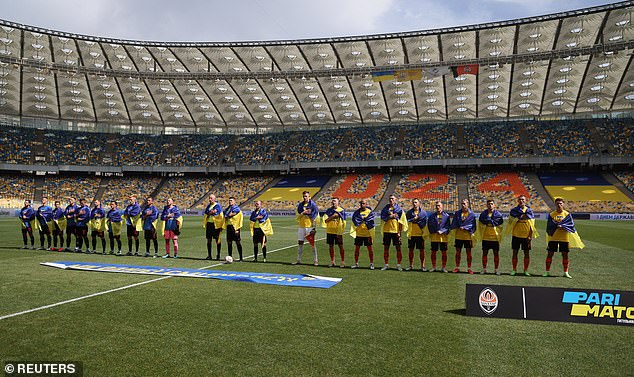 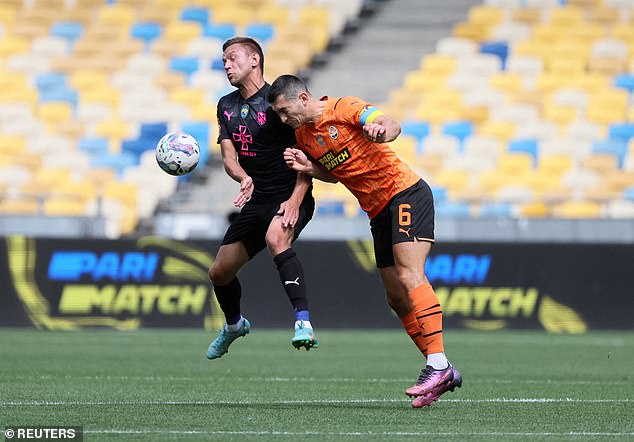 Why is the Ukrainian Premier League returning?

The idea of playing elite level football in a war-torn country is extraordinary. Shakhtar Donetsk and Metalist 1925 of Kharkiv are from cities fighting to save their very existence.

Against the backdrop of lives being lost, homes being destroyed and families being ripped apart, three points matter very little.

But throughout the last six months of conflict, Ukraine’s key message has always been one of hope. Restarting the top-flight is a display of defiance in the face of Russian aggression.

‘I have been in Ukraine for the last few weeks working with the president’s charity on the rebuild and football has always had an ability to unite, and give hope, which is why the football league starting again is such an important thing for the country,’ legendary Ukrainian striker Andriy Shevchenko said, as reported by The Times.

‘It gives us hope and determination there will be life after this war.’ 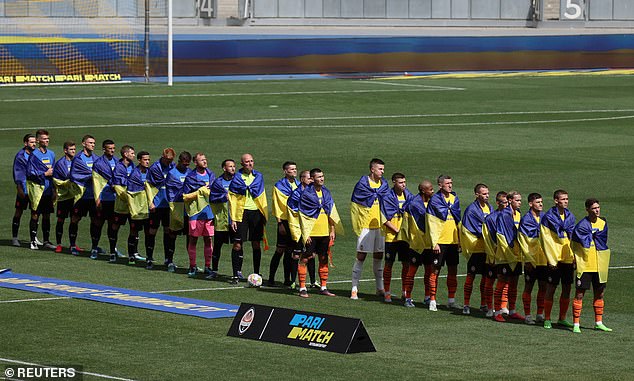 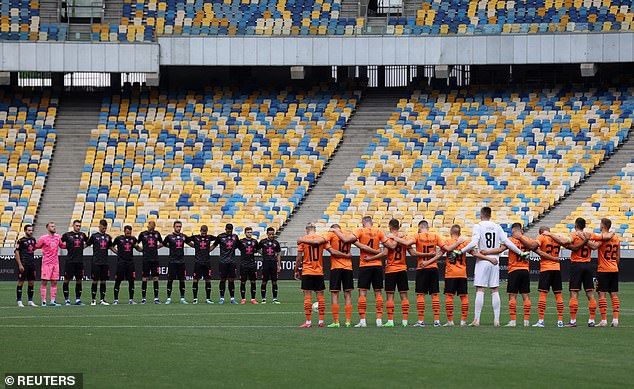 Football has the ability to provide light in moments of darkness and UPL players hope to raise the spirits of the country, while also reminding the rest of the world that Ukraine is more than just a battleground.

Shakhtar manager Igor Jovicevic said: ‘This is our job, and we perceive it as professionalism, as a very big responsibility to show the world that life in Ukraine does not stop, but continues.

‘Football is one of the factors that gives emotions to the whole country and people who fight for all of us.’

Meanwhile, Ukraine Football Federation president Andriy Pavelko said in June: ‘I spoke with our president, Volodymyr Zelenskyy, about how important football is to distract.

‘We spoke about how it would be possible that football could help us to think about the future.’ 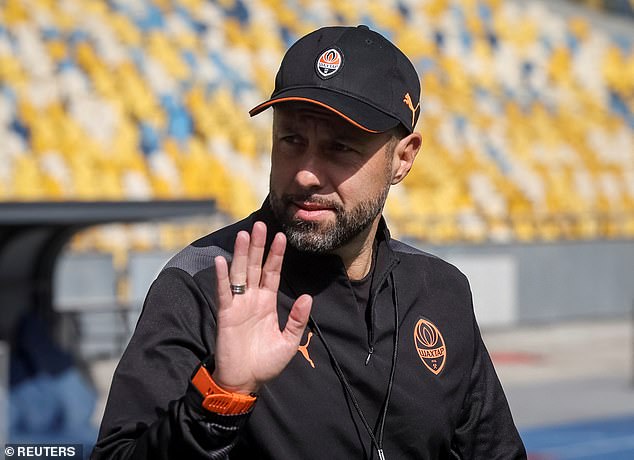 What adaptations have had to be made?

Unsurprisingly, this season will be slightly different to normal in Ukraine.

Firstly, no fans will be in attendance at matches because of the risk of bombs and missile strikes.

Supporters will still be able to watch their team though, as Setanta Sports have agreed a £13.4million deal for the television rights to Ukrainian Premier League games for the next three seasons.

Viewers around the world will also be able to tune in, with at least four matches to be shown live on the broadcaster’s linear channels in each round of fixtures and two shown live on its YouTube channel. 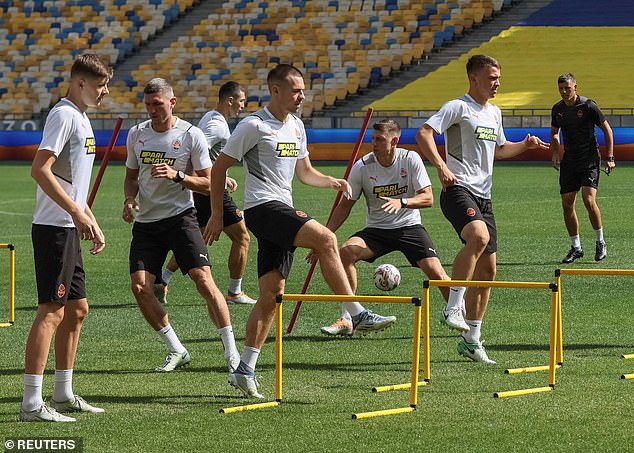 All of the matches will be played in Ukraine’s capital Kyiv, its surrounding region and two western provinces.

Stadiums are required to have bomb shelters, so that players, staff and match officials can take cover when air raid sirens sound. This is a daily occurrence in most regions in Ukraine, so it is highly likely that matches will be stopped.

Of course this is not ideal for players, who will have to warm up again if it takes a while for the all-clear to be given.

‘It will be hard if it lasts more than an hour,’ Shakhtar captain Taras Stepanenko said. ‘Maybe they should set up some bicycles for us (in the shelters).’

Military officials will be in attendance at every fixture. If an air siren lasts longer than an hour, they will discuss with the referee to decide whether to postpone the match.

What teams and players are involved?

The Ukrainian Premier League has retained its 16-team format, but have had to replace two teams from last season – Desna Chernihiv and FC Mariupol – as their cities and stadiums have been affected most heavily by the war.

In their place are Metalist Kharkiv and Kryvbas Kryvyi Rih, who were the top two teams in last season’s second tier before the league was suspended.

Shakhtar and Dynamo Kiev will likely battle it out for the title again, but both teams and the rest of the league have lost almost all of their players from abroad.

In June, FIFA ruled that foreign players and coaches in Ukraine can suspend their contracts with clubs until 30 June 2023, in light of Russia’s invasion of the country. 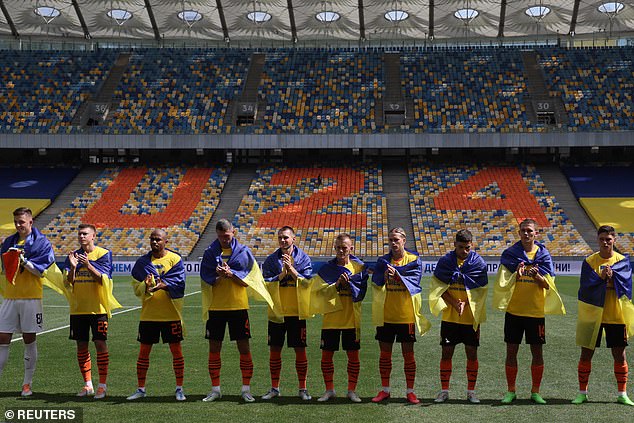 All of the matches will be played in Kyiv, its surrounding region and two western provinces

This has not gone down well with clubs and Shakhtar have demanded that they receive €50million (£43million) worth of damages from the governing body for lost transfer fees.

For now though, it means that teams are having to rely on homegrown talent and younger names from their academies.

Shakhtar’s squad has been made up of a core group of Brazilian players for many years, but they have all either left as free agents or headed out on loan.

The only one who remains is right-back Lucas Taylor – on loan from Greek side PAOK – who is one of just two foreign players in Shakhtar’s squad for today’s game against Metalist 1925, along with Croatian midfielder Neven Durasek.