Ange Postecoglou, as he typically does on all matters football in Australia, said it best.

“Another new era?” the Celtic boss pondered earlier this week as an Aussie media contingent asked for his thoughts on the impending A-League Men season. “We’ve had these before.” 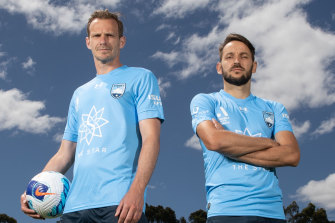 We have. It’s been 16 years since Frank Lowy practically begged people to come to games ahead of the A-League’s debut in 2005. Before and since, the story of domestic football in Australia and its search for mainstream acceptance has been one of peaks and troughs; long periods of atrophy punctuated by strategic resets setting up boom periods which, as Postecoglou noted, usually don’t last all that long.

The A-League now stands at the precipice of another new chapter, although this one does feel materially different. Part of it is lucky timing – people in Sydney and Melbourne are out of lockdown and eager to do things again. There’s energy in the air. (And there’s not much other sport on, which helps.)

For the last five years, the A-League has drifted towards total irrelevance amid an all-encompassing war, between the old Football Federation Australia regime and the owners of the 12 clubs, about who should be controlling it. The war is over – the club owners got the keys on December 31 and, as the Australian Professional Leagues, they have embarked on a hiring spree in recent months to fill out their new offices at Ultimo, where the A-League’s planned revival has been carefully mapped out. This is what they fought so long for.

The number of people working full-time on the A-League, from last season to this one, has at least tripled according to Danny Townsend, the APL’s managing director. “It’s growing, by the day,” said Townsend, who is still juggling his other job as Sydney FC’s CEO. “By the end of this season we’ll probably have five times the amount of resources. We’ve put our money where our mouth is.” 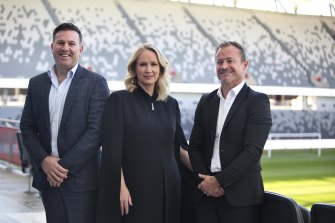 The APL is spending a further $30 million on a new digital hub which is central to their hopes of building interest in the A-League and converting fans of overseas competitions to the local product, while a $130 million private equity deal with US firm Silver Lake, first revealed by the Herald, is imminent.

Everything has been refreshed – from the A-League’s logo, the name (it’s technically the A-Leagues now; the men and women are under the same umbrella), the voice, the presence. Last year it was almost impossible to know the A-League was on – this year it’s hard to escape it, thanks largely to the promotional heft of Channel Ten, who have gone into their first season of broadcasting football with all the vigour of a Matt Simon slide tackle.

Archie Thompson was on Celebrity MasterChef. Tara Rushton hosted The Project the other night. Even Wanderers captain Rhys Williams starred in an incredibly cringy segment on The Living Room, while Ten’s Melbourne Cup coverage was peppered with cameos from whichever men’s and women’s footballers were trackside at Flemington.

It’s all welcome change for long-suffering fans, many of whom are pinching themselves at the mere existence of an A-League marketing strategy. But they are the converted. The real question is whether broader Australia – the 61,880 who turned up to a Sydney derby only five years ago, and the many more who own Liverpool or Manchester United jerseys – cares enough to sign up for Paramount+, the new streaming service run by Ten’s American owners where the majority of A-League games will be shown behind a paywall, but has so far struggled to penetrate the market.

Rugby – another so-called ‘tier two’ sport in Australia – was in a similar position to football until very recently. Desperate for eyeballs but constrained by their long-term deal with Fox Sports, Rugby Australia signed on with Nine (the publisher of this masthead) and Stan Sport, who have provided the free-to-air exposure it needed to help grow its audience. Stan Sport now has 250,000 subscribers at last count (in August) and both parties are happy with how things have worked out. It bodes reasonably well for the A-League – and even better if Paramount+ wins the rights to the Premier League, which are due to be settled this month.

The APL is banking on research which tells them that interest levels in football – of all kinds, and all leagues – is only growing, particularly among younger generations, to the point it will supposedly become Australia’s most popular consumer sport by the early 2030s. There are about eight million people in this country who follow the game; the APL is trying to convince them that even though the A-League is not the same standard as in Europe, it’s still worth their time.

They are not expecting an overnight change. Nor are Ten, who will tip $300 million into the sport over the next five years but also have an option to extend their A-Leagues deal by a further three years. The network also picked up a small equity stake in the APL, signalling their long-term commitment. “Those guys are pragmatic,” Townsend said. “They realise where we are in our journey. They knew if what we were all planning together came to fruition, those back three years of their option would be really, really valuable to them.”

On the field, things are in much better shape. Despite pretty much everything, the last A-League season was one for the books. Clubs, albeit entirely forced by the shifting economics of COVID, turned to youth and accidentally struck gold. The problem was at times it felt like nobody was watching – crowds got as low as just 990 people at one stage, and some games on Fox would have rated not much higher than that number. 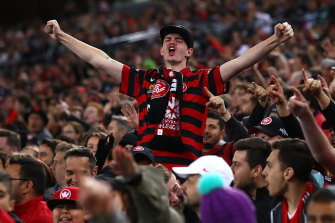 It was little over five years ago that almost 62,000 turned out to the opening Sydney derby of the 2016/17 A-League season.Credit:Getty

The emergence of players like Denis Genreau, Alou Kuol and Cameron Devlin should point the way forward for the league – all three transferred to decent European clubs in the off-season, and the more that follow them and progress to bigger clubs in more prestigious competitions, the easier it will be for the A-League to project an image of legitimacy and relevance in world football.

That’s a challenge the game has forever grappled with in Australia, and after 16 years of backing from News Corp and Fox Sports, the cynic would see no reason to think it will suddenly work out now. The APL, clearly, thinks differently, and seems to be staking the house on it. The outcome could be dire for football if they’re wrong – particularly now private equity has been invited to the party.

If this is the A-League’s last roll of the dice – its last attempt to shatter Australian sport’s glass ceiling for the foreseeable future – it at least won’t die wondering.

“We’re pumped,” Townsend said. “But you don’t turn a sport around in a heartbeat. The way we look at it, it’s probably a three-year reset and rehabilitation process that we’ve started. I think we’re doing it at pace, which is great, but I don’t think you’ll see immediate change. You’ll see a lot of momentum and positivity and that will reflect in some of the metrics, but this is going to take time – and we’re up for the fight.”

The key to avoiding yet another false down for football, as Postecoglou said, is for the game to stick together and stay the course.

“Inevitably when a new era starts, people – especially in Australian football – love to get right behind it but it doesn’t take long for people to pick things apart and almost predict our own demise, in many respects,” he said.

“I’m hoping this early enthusiasm sticks and people understand that there’s going to be challenges for the game, like there always has been, and what we do know about Australian football is that the few times Australian football’s been united, it can accomplish great things. But too often it’s divided within itself, which usually ends up with things not progressing as they should.“