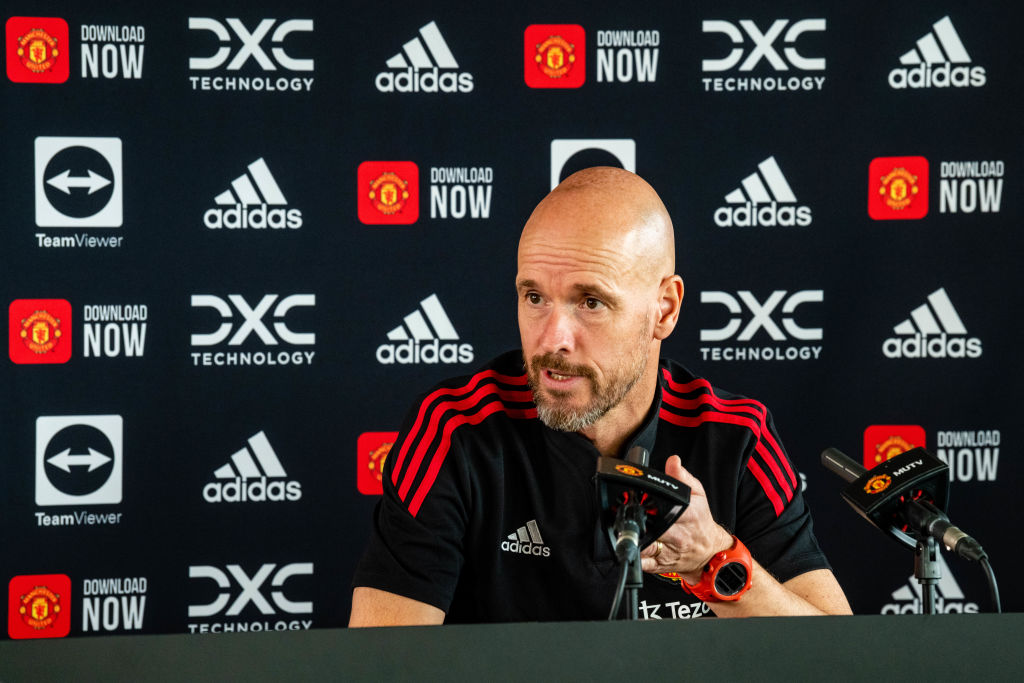 Erik ten Hag has confirmed that Aaron Wan-Bissaka will be staying at Manchester United and, although he thinks their business is finished for the summer, he will not rule out any more action before the transfer window closes.

Wan-Bissaka has been linked with a move away from Old Trafford, with former club Crystal Palace interested in re-signing him, after he lost his place in the first team at United.

The 24-year-old has made just one substitute appearance so far this campaign, with Diogo Dalot the preferred choice at right-back under Ten Hag.

However, the Red Devils manager is keeping hold of Wan-Bissaka past Thursday’s transfer deadline as his second choice on the right of defence.

‘Of course, Aaron is still in and will stay in,’ Ten Hag told a press conference on Wednesday ahead of Thursday’s clash with Leicester.

‘So this squad, we will go from September to minimum January, but we will play with this squad this season.’

Ten Hag expects the incomings to end with the arrivals of Antony from Ajax and Martin Dubravka from Newcastle United, with both hoping to be in the squad for Sunday’s clash with Arsenal at Old Trafford.

They will join fellow new signings Lisandro Martinez, Casemiro, Christian Eriksen and Tyrell Malacia in a busy summer for United, and although Ten Hag thinks that is probably the end of their business, he will not rule anything out.

‘I think for this window [Antony and Martin Dubravka] would be the end, but when there is great opportunity you always have to be alert at this top club,’ he said.