Rangers have continued their strategy of signing emerging talent by securing a deal for Zak Lovelace, the second-youngest player to represent Millwall.

The 16-year-old made four first-team appearances for the Sky Bet Championship side last season and has moved on under freedom of contract.

He made his debut in December last year while still aged 15, becoming the youngest Millwall player since Moses Ashikodi, who later had a brief spell with Rangers.

The move was announced just after Rangers confirmed the long-anticipated departure of one of their most exciting young players, Rory Wilson, to Aston Villa. 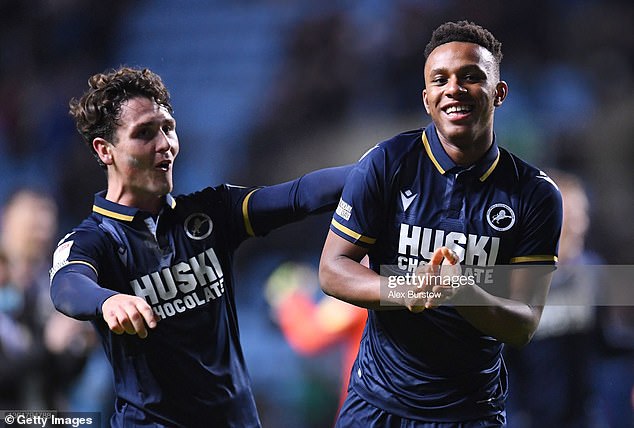 Rangers sporting director Ross Wilson told the club’s official website: ‘We are delighted to welcome Zak to Rangers. He is an exciting young player and one we are sure will progress here.

‘He has developed really well with the staff at Millwall and we can see lots of potential in him.’

Millwall declared themselves ‘disappointed and saddened’ by the move ‘having worked tirelessly over many months to convince Lovelace, his family, and his representatives that Millwall remained the ideal destination for the striker to continue his personal and professional development’.

A club statement added: ‘Despite these frustrations, everyone at Millwall wishes Lovelace the best of luck in his future career and hopes that he goes on to realise his outstanding potential.’

Striker Wilson, also 16, netted 49 goals for club and country last season, having represented Scotland Under-17s as well as Rangers Under-18 and B teams.

The head of the Ibrox club’s academy, Craig Mulholland said: ‘Rory is a young player who we have watched develop from a very young boy into a young man.

‘He comes from a very strong family who support him exceptionally well and we wish him well on his journey. 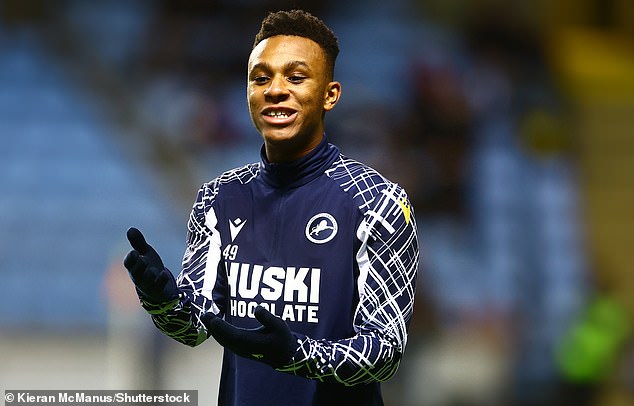 ‘Although our preference was for Rory to continue his journey at Rangers, we also respect his decision.

‘We can now see some exciting recruitment into the club with talented players domestically and cross-border choosing to join Rangers and we are pleased with our development in this area.’

Rangers have recently bolstered their youth academy by signing the likes of Lancelot Pollard from Aberdeen and Bailey Rice from Motherwell.

Mulholland said: ‘Player trading at academy level, as we have seen this summer, is now becoming a normal part of most major clubs’ strategic plans.

‘We have been active as a club in this area over the past couple of years as part of our own plan and we see talented players developing well in our ranks and we are sure that Zak will follow that positive path.’