Switzerland 1-0 Portugal: Haris Seferovic scores the only goal of the game after just 55 seconds as Swiss get their first win of the Nations League campaign

A first-minute strike by striker Haris Seferovic earned Switzerland a 1-0 victory over Portugal on Sunday as Murat Yakin’s side grabbed their first win in this year’s Nations League.

Seferovic put Switzerland ahead 57 seconds into the clash at Stade de Geneve with a close-range header after defender Silvan Widmer set him up with a precise cross inside the area.

Inaugural 2018-19 Nations League winners Portugal levelled through forward Rafael Leao in the 18th minute but his effort was disallowed for offside. 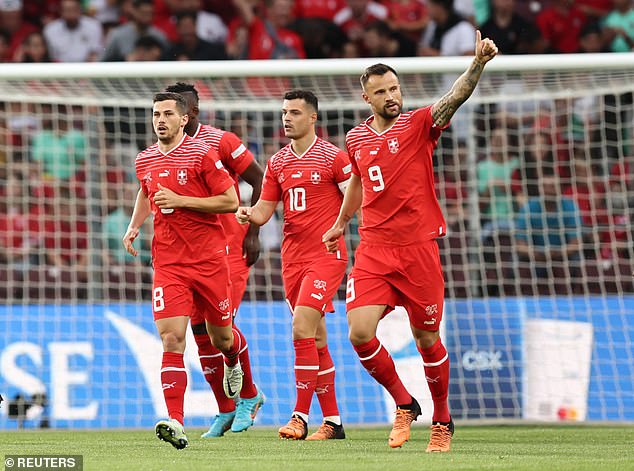 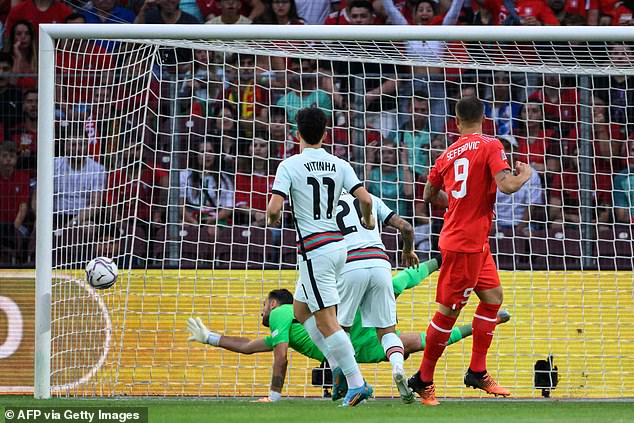 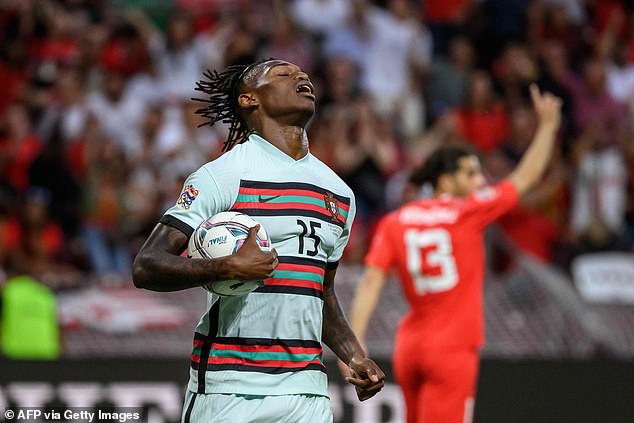 Portugal’s efforts intensified following halftime but despite Bernardo Silva’s powerful strike from the edge of the box in the 63rd minute and Diogo Jota’s superb header in the 78th they did not manage to get on the scoresheet.

Switzerland, who were beaten 1-0 at home by Spain last time out and lost their opening three matches, claimed their first victory in 2022 from six games played. 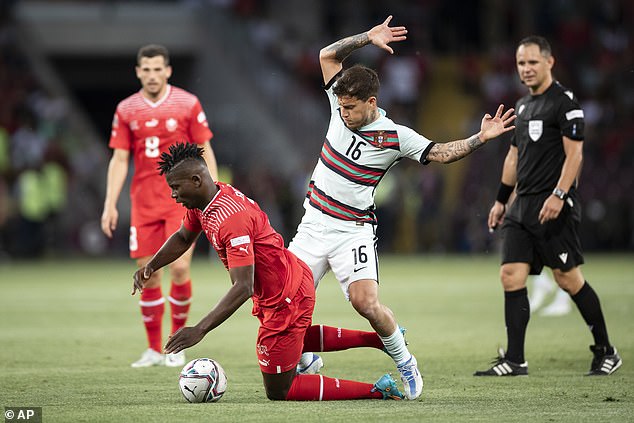 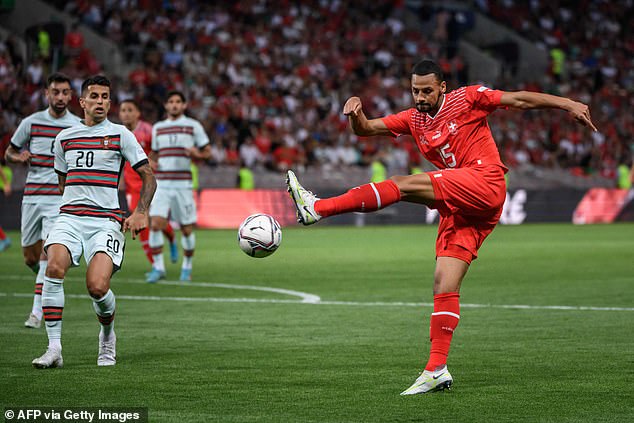 Fernando Santos’ side, unbeaten so far in this year’s competition, were without the rested Cristiano Ronaldo, Joao Moutinho and Raphael Guerreiro who did not travel with the rest of the squad.

Portugal dropped to second place in Group A2 on seven points while Spain, who beat the Czech Republic 2-0 in the other game, moved to the top with one point more. Switzerland remain bottom on three points. 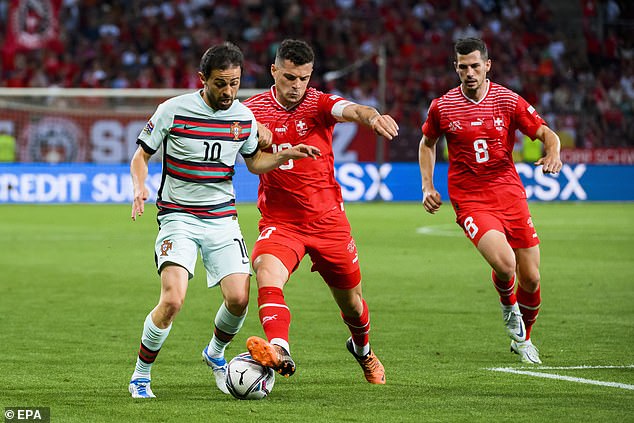