Sunderland have joined Burnley in the pursuit of Nottingham Forest striker Sam Surridge as Steve Cooper looks to make room for more signings.

Another player that could be on his way out is Emmanuel Dennis, and Forest are willing to accept less than the £15m they paid for him in the summer.

Harry Arter, Cafu and Lyle Taylor can also leave the City Ground to pave way for Cooper to add to his squad. 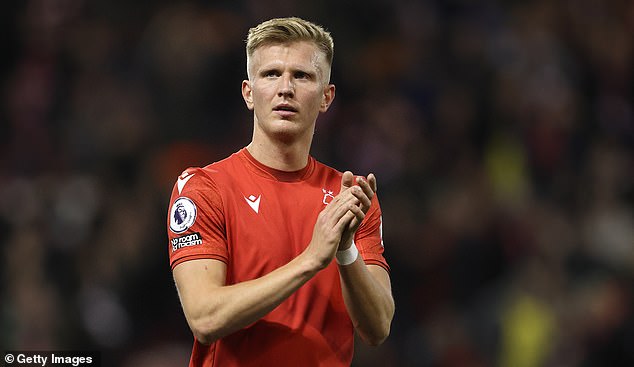 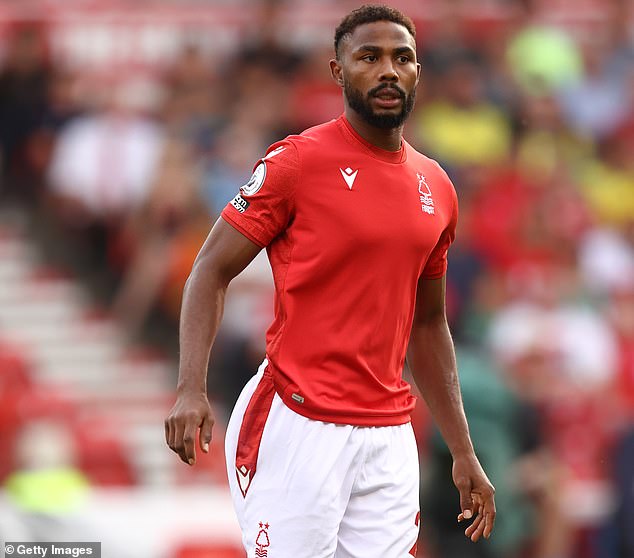 Another player that could be on his way out is Emmanuel Dennis, and Forest are willing to accept less than the £15m they paid for him

Surridge has struggled for regular minutes and could be moved on as part of a squad streamlining in January.

He has scored twice in the Carabao Cup against Grimsby Town but is yet to open his account in the Premier League.

Meanwhile Nigerian international Dennis has proven a big disappointment having arrived as part of a major overhaul at the City Ground in the summer.

Dennis has mustered just three Premier League starts and has scored one goal.

Having started the season with Watford, playing a handful of games in the Championship for them before making the move to Forest, moving Dennis on becomes more complicated. 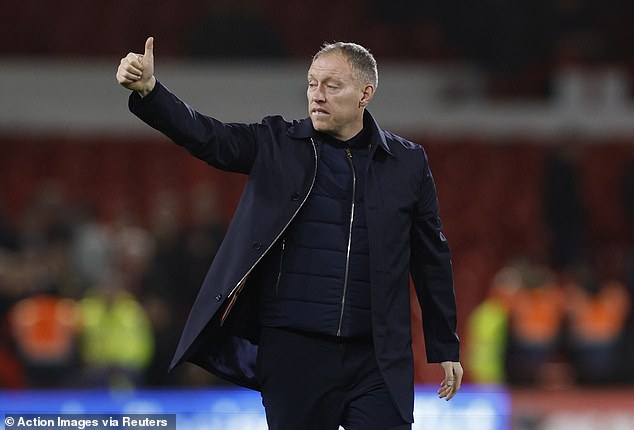 Options open to Dennis – and Forest – would be for him to move to a club abroad, or if he wants to remain in England he would only be eligible to return to Watford, given players cannot play for three teams in the same season as per FA rules.

Cooper said last week that Forest, who spent £150m in the summer, will sign more players in January in a bid to beat the drop, but is very aware that he needs a consistent group of players.

‘For sure, we have to get to a point where we have got a settled group. That’s not to say we are not settled,’ Cooper said.

‘Togetherness, spirit and culture comes over the course of time. There’s no doubt about that.

‘That’s the intention and it’s games where you learn a lot about players’ personalities and characters and they learn a lot themselves. That’s how they build relationships.

‘Injuries can happen. And you can make five changes in a team.

‘You need to prepare for more than a starting XI because there’s so many times when players have come off the bench and had a positive impact for us – sometimes a negative one as well – it’s a good reminder all the time of preparing everyone that we can.

‘But we have got to get consistency and that’s what we are trying to do.’