Sunderland 2-4 Burnley: Black Cats collapse as Vincent Kompany’s side come from two goals down to secure win and keep pace with leading pack at the top of the Championship

Burnley staged an incredible second-half comeback with three goals inside 19 minutes to beat Sunderland 4-2 at the Stadium of Light.

The Black Cats had made an impressive start to the game by securing a 2-0 lead courtesy of quickfire goals from Amad Diallo and Dan Neil inside the opening 20 minutes.

But with Sunderland hoping for only their second win in seven games, Burnley showed their promotion credentials by turning things around after the restart. 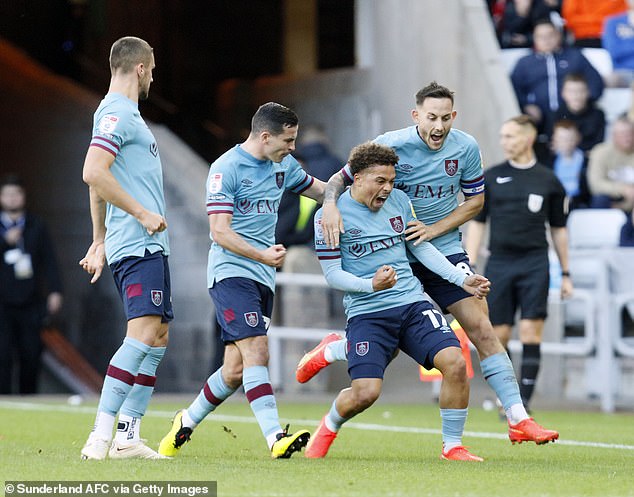 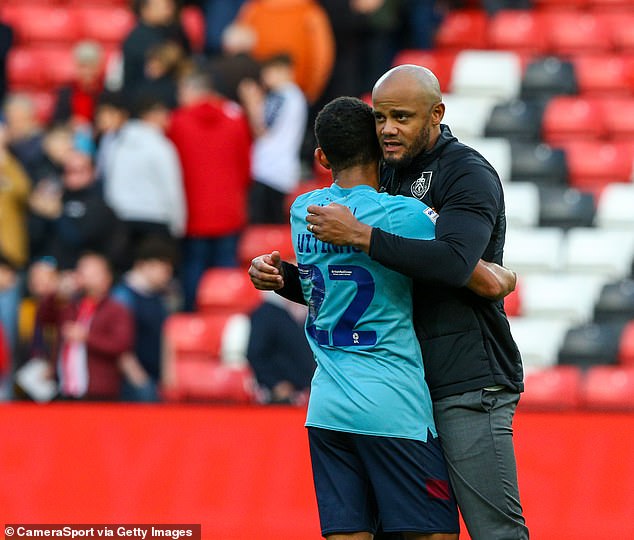 Nathan Tella, on loan from Southampton, pulled one back in the 50th minute before Vincent Kompany’s Belgian compatriots Manuel Benson and Anass Zaroury put the visitors on course for maximum points with goals in the 61st and 69th minutes.

There was still time with three minutes left for captain Josh Brownhill to put the seal on another win for Burnley, who remain third, while Sunderland sit 13th.

Diallo’s opening goal arrived just after quarter of an hour in. The on-loan Manchester United winger, who scored three times during a loan at Rangers last season, was left in loads of space in the penalty area to cleverly side-foot beyond Arijanet Muric from 14 yards.

That chance materialised from Sunderland’s energy in the final third, with Alex Pritchard’s initial run from the left creating the opportunity for Jack Clarke to take control and pick out 20-year-old Diallo with the pass.

Sunderland sensed there was a chance to soon add to that goal too. 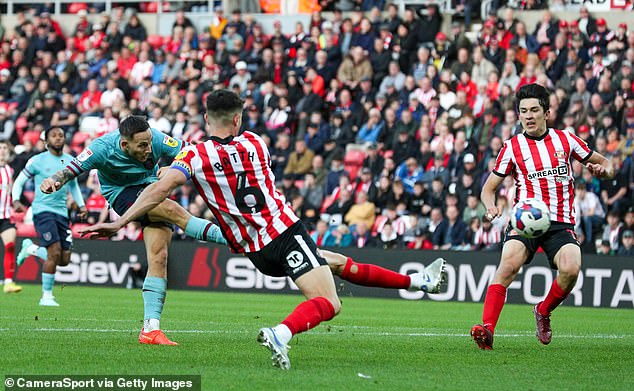 This time Elliot Embleton delivered a cross to the back post after he had been rolled in down the right flank. Burnley defender Connor Roberts was unable to head clear of danger and when the ball dropped invitingly for Neil he was on hand to fire low and inside Muric’s near post.

Burnley finished the half pushing on in a bid to get a goal back before half-time, but Sunderland’s defensive line stood firm.

Nevertheless, Kompany still got the reaction he wanted from his players after half-time and within four minutes of the restart, Burnley had pulled one back.

There was still plenty for the visitors to do when a corner was floated to the back post. Taylor Harwood-Bellis, though, was left in space to head into the six-yard box for Tella to beat his man and head inside the bottom corner.

There were a couple of chances at both ends but Burnley sensed more. 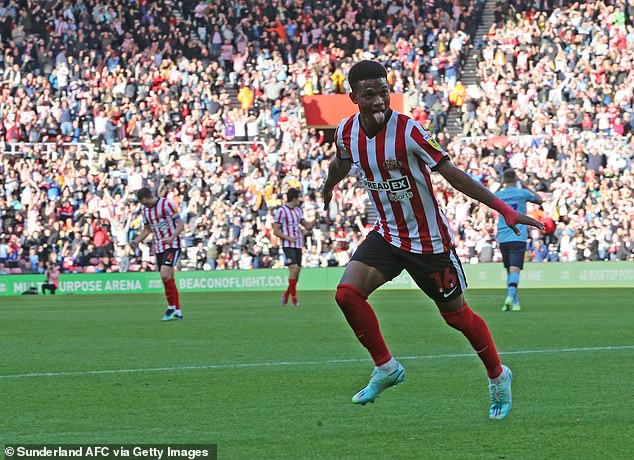 And when substitute Benson, introduced on the right, cut inside and clipped into the area, the ball evaded everyone and bounced inside the far corner of the net to level things up just after the hour.

With 21 minutes remaining Zaroury made it 3-2 when he cut inside from the left before curling brilliantly inside the far corner, with Anthony Patterson soundly beaten.

The Burnley comeback was complete and skipper Brownhill made sure late on by finishing coolly after Neil had been robbed in his own half.