Sunderland 2-1 Blackburn Rovers: Ellis Simms comes off the bench to score 91st minute winner as Black Cats come from behind to snatch all three points – after striker Ross Stewart netted at both ends

Ellis Simms claimed a stoppage-time winner as Blackburn Rovers’ remarkable run without a drawn game continued at the Stadium of Light.

Blackburn looked like claiming what would have been their first draw of the season as the scores were level in the 90th minute, but Simms struck to condemn the visitors to defeat as he prodded home from inside the area.

The substitute’s strike settled things after Ross Stewart had found the net at both ends in the first half, scoring an own goal with a deflected defensive header before calmly converting a penalty in the opposite box four minutes later. 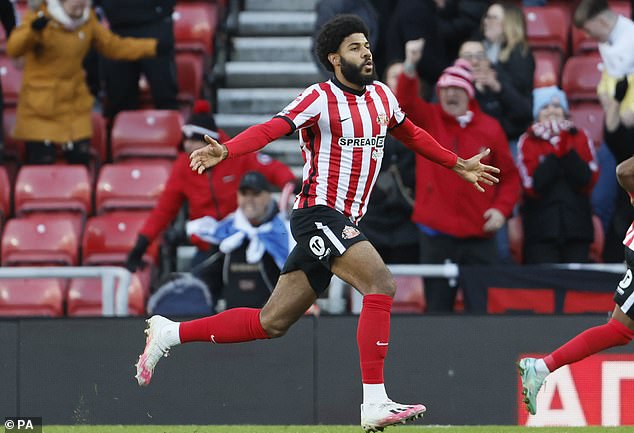 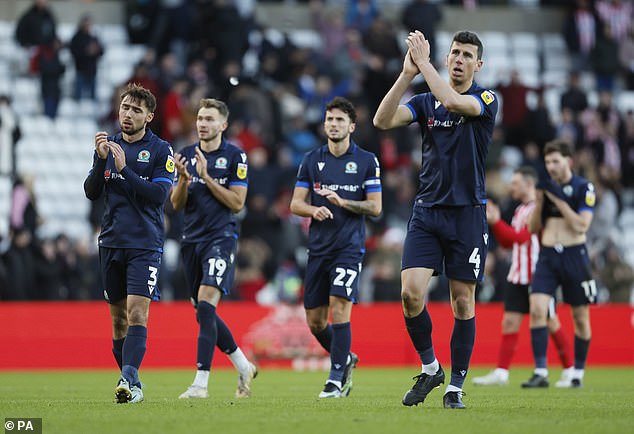 Stewart was returning to the starting line-up for the first time since suffering a thigh injury in early September, and he was heavily involved in both of the first half’s key moments.

He was credited with an own goal as Blackburn opened the scoring in the 18th minute, with his attempted defensive header from Tyler Morton’s free-kick ending up his own net via a deflection off a combination of Sunderland defender Dennis Cirkin and Blackburn centre-half Daniel Ayala.

Stewart looked crestfallen as the cameras panned in his direction, but the Scotsman made amends at the other end of the field four minutes later. 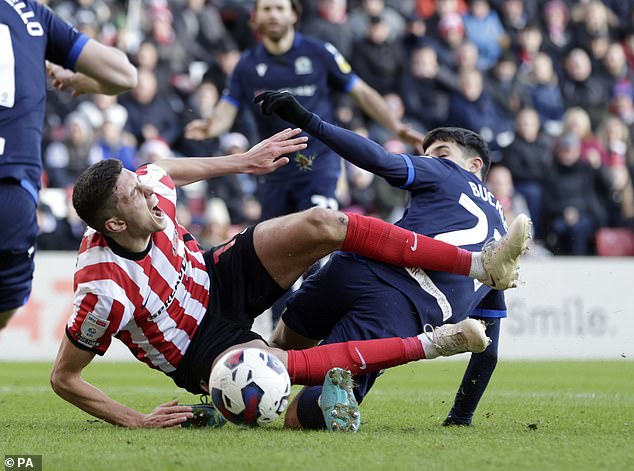 Stewart won the penalty himself after he was brought down by John Buckley, just moments after Blackburn had taken the lead 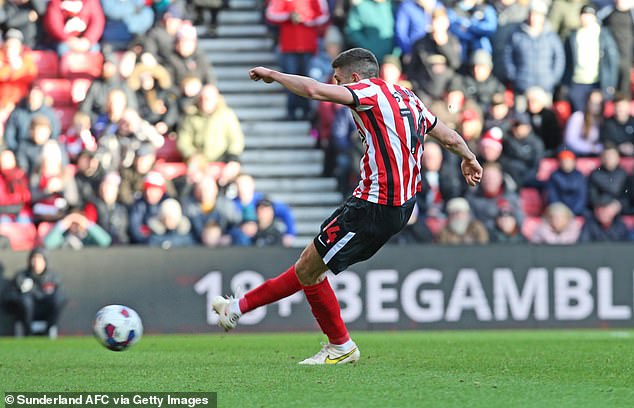 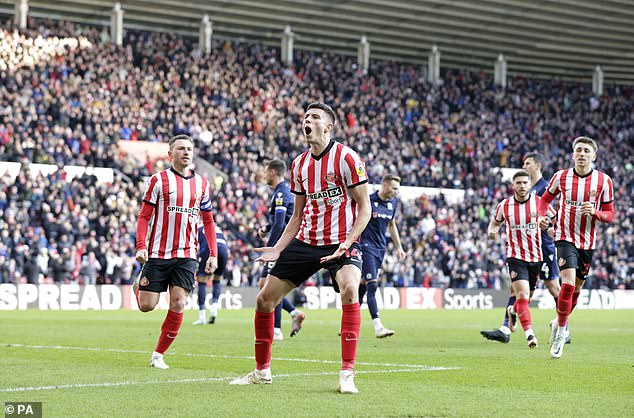 Stewart, who was involved in two out of the three goals, was making his first start since August

Stewart pounced on a loose ball in the Blackburn box, but was sent tumbling by a clumsy challenge from John Buckley just as he shaped to shoot.

Referee Darren Bond pointed to the spot, and Stewart, who has only just returned from a long-term thigh injury, stepped up to convert the penalty and claim his second goal in successive games.

Patrick Roberts dragged a shot wide as Sunderland continued to push at the end of the first half, and the second period began with substitute Trai Hume forcing a smart low save from Blackburn goalkeeper Thomas Kaminski. 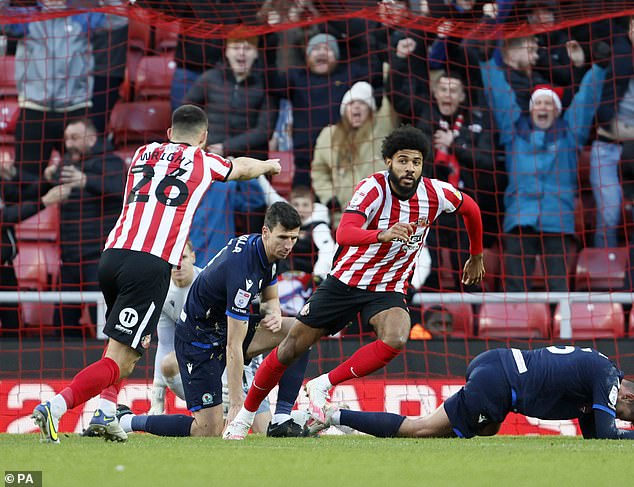 A win means Sunderland climb up the Championship table to seventh, while Blackburn stay third

Patterson didn’t have much to do for most of the afternoon, but he made an important stop with 18 minutes remaining, clawing Morton’s low strike around the post.

It proved a crucial moment, as Simms struck to win it for Sunderland in stoppage time. Dan Ballard rolled the ball into the Everton loanee’s path, and he prodded home with the outside of his boot.

Player of the Match: TBA