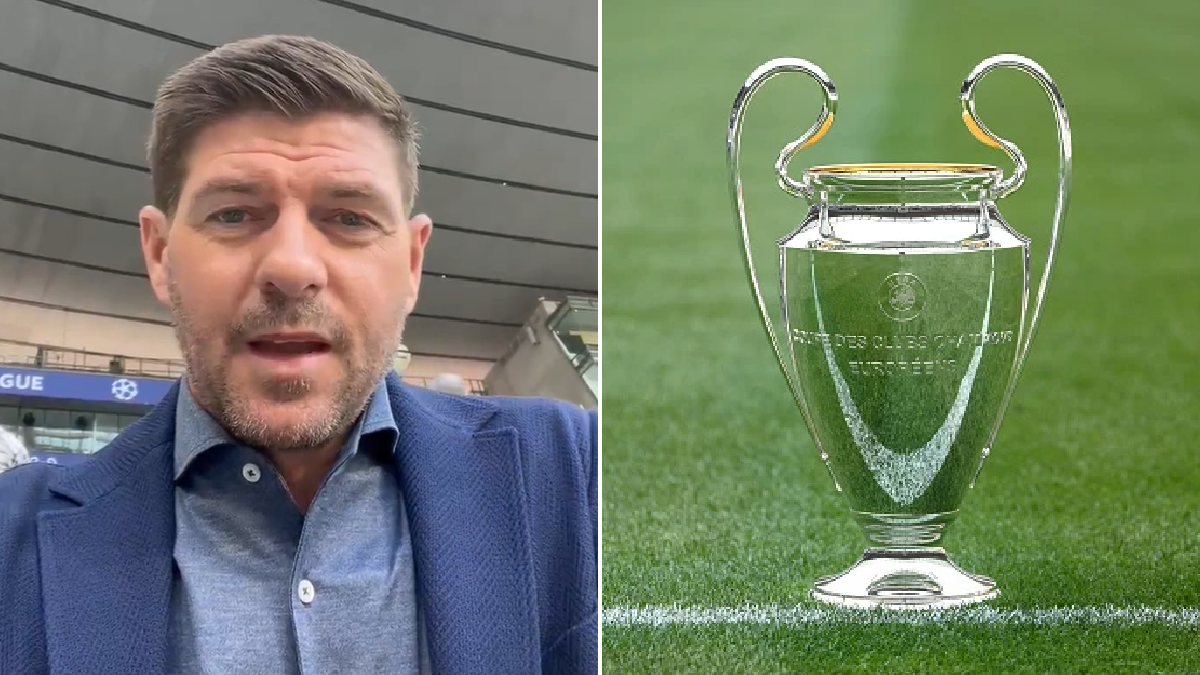 Steven Gerrard has made his scoreline prediction for the Champions League final after watching Liverpool and Real Madrid train in Paris.

Premier League giants Liverpool and Spanish champions Real Madrid will battle to be crowned champions of Europe at the Stade de France on Saturday night.

Victory for Liverpool in the French capital would see Jurgen Klopp’s side secure their third trophy of the season following their FA Cup and EFL Cup wins.

The Reds had eyes on an unprecedented quadruple for much of the season but fell narrowly short in the Premier League, with Manchester city clinching the title in dramatic fashion on the final day of the season.

Real Madrid, meanwhile, are aiming to win a record-extending 14th Champions League and claim their second trophy of the campaign, having stormed to the La Liga title, finishing 13 points clear of El Clasico rivals Barcelona.

The Spanish heavyweights, who beat Liverpool in the 2018 final, have enjoyed a remarkable run in Europe this term, producing comebacks in knockout matches against Paris Saint-Germain, Chelsea and Manchester City.

Liverpool legend and Aston Villa manager Gerrard watched both teams train at the Stade de France on Friday and later gave his scoreline prediction for the final.

‘You can feel the atmosphere building,’ said Gerrard, who won the Champions League in 2005. ‘I’d like to wish everyone at Liverpool the best of luck, and I hope they get the outcome that everyone wants.

‘I’m getting excited for the game and the fans are building up nicely outside the stadium. Hopefully it’ll be a fantastic game and I predict a 2-0 Liverpool win.’

Klopp, meanwhile, says he wants his Liverpool team to be a ‘really uncomfortable opponent’ as they bid to deny Real Madrid yet another Champions League title.

Asked how he plans to approach the game, Klopp said at his pre-match press conference: ‘So, if I would do now something surprising for my players, for example, then they could think I’m nervous; if I pull now a rabbit out of the hat and these kind of things.

‘We can talk about what Real Madrid achieved in the past and this season, how good their players are, we probably could write a book together now about this team. But we are good as well and that’s what we want to show.’

On Friday, Klopp also confirmed Liverpool midfielders Fabinho and Thiago had recovered from their injury issues and were fit to play in Paris.

Real Madrid have no injury concerns, with Wales forward Gareth Bale part of the squad that flew to France on Thursday.