Sports Integrity Australia is investigating two complaints into alleged abuse or wrongdoing within professional football which came from the independent complaints-handling process sparked by Matildas great Lisa De Vanna’s claims of a “toxic culture” within the women’s game.

In a statement released on Thursday afternoon, SIA confirmed it was looking into two matters from the 27 submissions it had received, while a further three cases have been referred to police because they included information that could warrant criminal investigation, but will not be explored further by SIA because they fell outside the scope of the process. 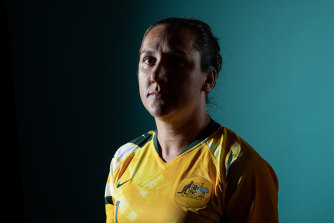 Retired Matildas great Lisa De Vanna sparked the Sports Integrity Australia processes by speaking out about her experiences in football..Credit:Getty

The government agency opened itself up for submissions between November 1 and January 21, and received 27 in total. Nine submissions were formal complaints that were submitted by the person directly affected by the alleged conduct, while 18 were reports submitted by witnesses who had seen or heard of such conduct which affected other people.

With two matters to be investigated by SIA, the remaining 25 won’t be because – according to SIA – they either did not happen at the national level, the alleged conduct was not prohibited, or the submission was made anonymously.

Complaints relating to grassroots or community football were, and still can be, assessed via SIA’s usual processes.

“Although we received a number of submissions which were out of scope, Sport Integrity Australia evaluated each submission and assisted those lodging complaints to connect them to alternate options or contact the relevant body where possible who could manage the complaint,” SIA chief executive David Sharpe said.

“Every person who speaks up helps us understand what is happening in their sport, and where, and on what issues we need to direct our education and policy resources to build stronger, safer environments in future.”

Football Australia acknowledged SIA’s update in a statement and said it remained committed to the process, but offered no further comment.

SIA were engaged by Football Australia after De Vanna went public in October last year with claims that she had suffered from harassment, bullying and abuse during her time with the Matildas, who she represented 150 times before retiring from international football.

Several other ex-players also spoke out about similar experiences and issues with the culture in the sport, particularly in women’s football, although the scope of SIA’s independent process was widened to also include the senior and junior national teams for men and women, as well as the A-League Men and Women, and the Y-League.

In response, 15 current Matildas players released a joint statement, supported by their own individual statements, which defended the team’s current environment as “professional, inclusive and supportive” while acknowledging the seriousness of De Vanna’s allegations.

SIA agreed to look into any report or complaint involving those teams and competitions that related to abuse, bullying, child abuse, child grooming, endangering the safety of a child (including failing to follow procedures for the protection, safety and wellbeing of children), harassment, sexual misconduct, unlawful discrimination, victimisation or vilification.

Football Australia’s only role in the SIA process is to apply and enforce any sanctions to come from it.