Pierre-Emerick Aubameyang is attracting interest from Spain as the imminent arrival of Joao Felix provides an extra obstacle towards the Chelsea striker’s chances of regular football.

Clubs in LaLiga are understood to be monitoring Aubameyang’s situation ahead of the January transfer deadline and summer market.

Aubameyang has not started a game for Chelsea since November and the loan signing of Felix from Atletico Madrid will only serve to increase competition in forward positions. 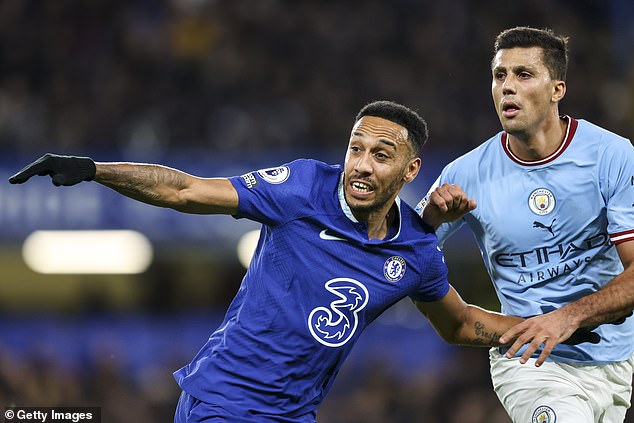 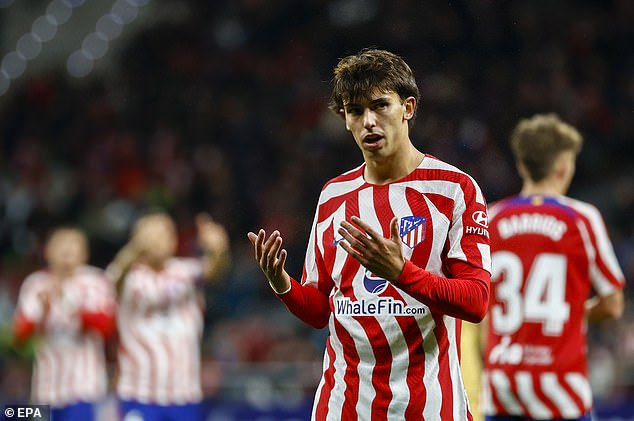 Felix joining Chelsea will push striker Aubameyang, 33, down the pecking order and provide an obstacle to his chances of playing regular first-team football with the west London side

Atletico are among the teams credited with an interest in Aubameyang in Spain, though any deal would not be linked to Felix’s arrival to Stamford Bridge. Aubameyang only joined Chelsea in the summer following a prolific six-month spell at Barcelona, where he scored 13 goals in just 18 starts.

The 33-year-old striker continues to have a strong reputation in LaLiga given his performances and goal record in Catalonia last season.

As it stands, Aubameyang is the only senior recognised centre forward currently at Potter’s disposal with Armando Broja out injured and Romelu Lukaku on loan at Inter Milan, though Kai Havertz has been deployed as a false nine. 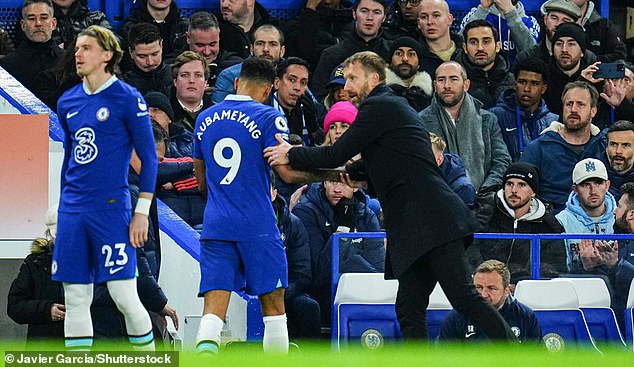 With that in mind there is doubt over whether the Blues would even entertain offers for Aubameyang this month given they are short of numbers in the striker position.

It remains to be seen, however, whether that situation changes should Chelsea sign a striker this month. Aubameyang missed the weekend FA Cup loss to Manchester City with a back problem.

He will undergo fitness tests on Wednesday to decide whether he is available for Thursday’s game against Fulham.