England manager Gareth Southgate dismissed talk about his future as an ‘irrelevance’ after the Three Lions thumped Albania.

Harry Kane’s hat-trick was the highlight of a dominant 5-0 win at Wembley and put England a point away from reaching next year’s World Cup in Qatar.

Harry Maguire and Jordan Henderson also scored, with all of the goals at Wembley coming in the first half.

Reports before the game suggested Southgate was expected to sign a new two-year deal to take him through to Euro 2024, but the boss insisted it was not his focus. 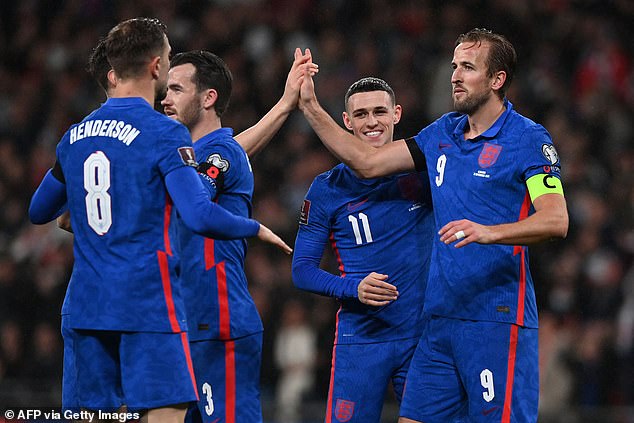 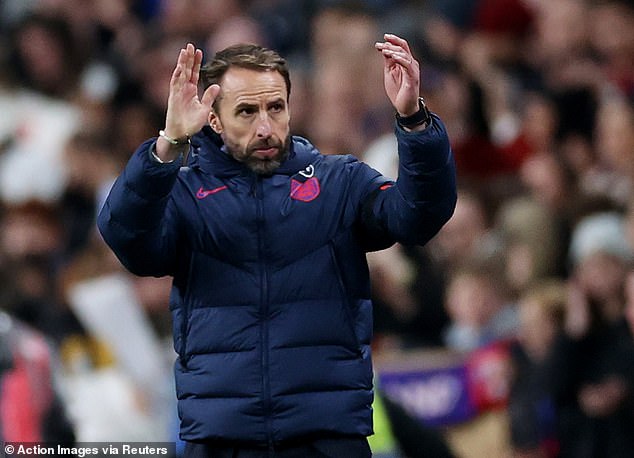 He told ITV: ‘It’s an irrelevance for me. I’m under contract, I’m not out of contract, and I’m very well backed and supported here. My focus is getting this qualification done and everything else can wait.

‘We need a point, we are not done, and it would be wrong for my attention to be anywhere else than that. My job was to get this team to a World Cup and then we can look at everything else after that.’

‘I personally, and the lads, love Gareth,’ added Kane. ‘We want him to stay but it’s his personal decision and we’re backing whatever he does. 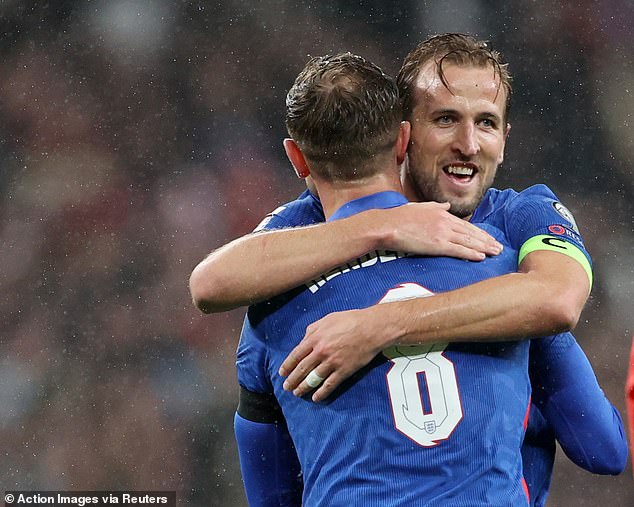 England need a point in San Marino on Monday to book their place at next year’s World Cup.

Southgate added: ‘The first half was fantastic, the best we have played for a long time, but it’s always difficult to maintain that when you are so far ahead. We were still professional in the second half, but unfortunately we couldn’t give the crowd more goals.

‘We are best when we have an edge. We didn’t produce what we should against Hungary and we wanted to put that right and we had a game where we had a chance to put us on the verge of qualification for a World Cup, simple as that.’