Manchester United legend Sir Alex Ferguson has admitted his rivalry with Arsene Wenger turned "toxic" during the peak of their battles with Arsenal.

Ferguson and Wenger went head to head in the Premier League for 17 years, with the latter bursting onto the scene at Arsenal in 1996 and ending United's dominance soon after.

The two sides enjoyed one of the greatest rivalries in English top flight history at that time, which often resulted in tempers flaring between the managers both on the touchline and in the media.

In their early days against one another Ferguson and Wenger certainly didn't see eye to eye, however their relationship eventually mellowed as the years went on. 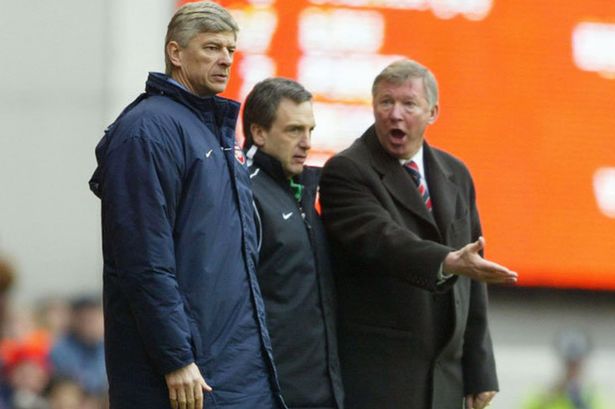 "It became toxic for a while," the 79-year-old said. "The big change that made Arsenal was reinventing [Thierry] Henry. And the goals… he was fantastic.

"You're always looking in the rear-view mirror to see who's coming up behind you, and when you see someone you accelerate.

Do you think Sir Alex Ferguson is the greatest football manager of all time? Let us know in the comments section below.

"Arsenal were catching us up, and their team was good enough to go above us, there's no question about that."

When Wenger first rocked up in English football, Ferguson had long developed a fearsome reputation which some felt influenced referees and journalists into giving his United side preferential treatment.

But the Frenchman was not afraid to stand up to him, saying in the documentary: "Alex Ferguson was the dominant figure in English football. "Everyone was scared of him, from the press to the referees.

"I thought that's a good opportunity for me to show that it's not only in England that you know how to play football. I was ready for the fight.

"It was sometimes very aggressive, especially after the games.

"When you're fighting to win, you are two lions. Your only one desire is to eat the lion who is against you.

"I was not scared of anybody in football."

Wenger won three Premier League titles during his 22-year stint at Arsenal, including a historic Invincibles campaign which saw them go through an entire season unbeaten in 2003/04.