Fiery Atletico Madrid manager Diego Simeone has hinted that he will once again be snubbing Jurgen Klopp’s handshake when the two sides meet on Wednesday night.

Simeone recently risked the ire of Klopp after storming down the tunnel following a 3-2 loss to Liverpool at the Wanda Metropolitano two weeks ago.

The Argentine had been left furious by a late decision to deny his ten-men side a penalty, therefore ensuring Klopp’s side were able to see a marginal victory over the line. 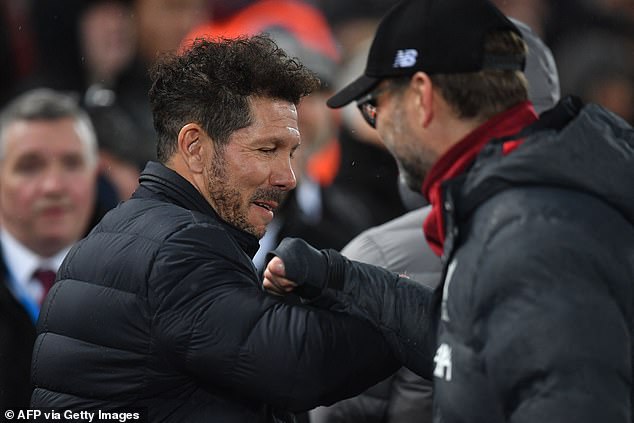 The Reds boss could only watch on as his opposite number darted down the tunnel at the final whistle without any acknowledgement.

Klopp was initially annoyed but later played down any long-lasting tension and now, ahead of the sides meeting again for the Anfield leg of the group stage fixture, Simeone has addressed the awkward topic and admitted that he finds all manner of post-match exchanges simply ‘false.’ 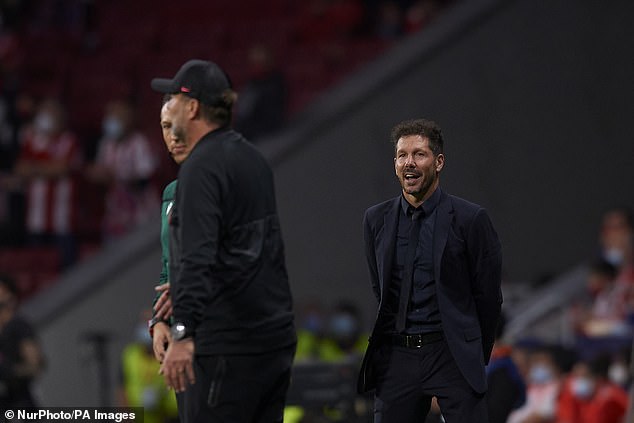 Speaking in his pre-match press conference on Tuesday, Simeone said: ‘I don’t like the greeting after the match because they are the emotions of two sides in different emotional minds.

‘I know in the UK it is a custom but I don’t share it and I don’t like the falseness it may include.

‘I don’t know Klopp as a person very well but I know he is a great coach who has done great work at every club he has been at.’

When also asked about the same subject in his own press conference, Liverpool boss Klopp took a diplomatic stance. 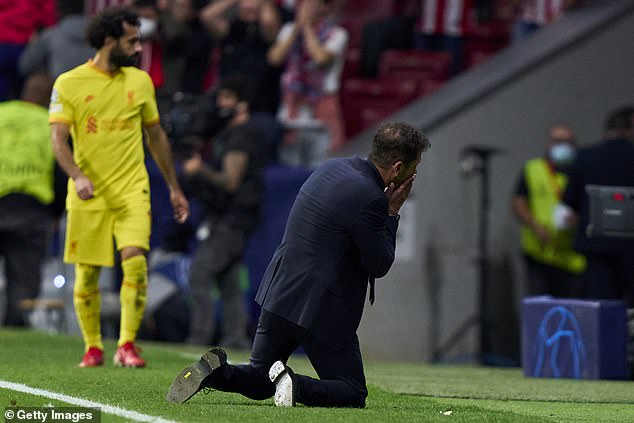 The German said: ‘I respect him a lot. We don’t know each other but I respect what he is doing at Atletico, absolutely exceptional against strong sides year after year. Really impressive.

‘Handshake snub? If I knew he doesn’t do it, I wouldn’t try it.

‘We were both emotional but now I know he doesn’t like to do it, so no problem.

‘Then we can all go home happy but between the handshakes, it’s an important game, which I am more concerned about.’