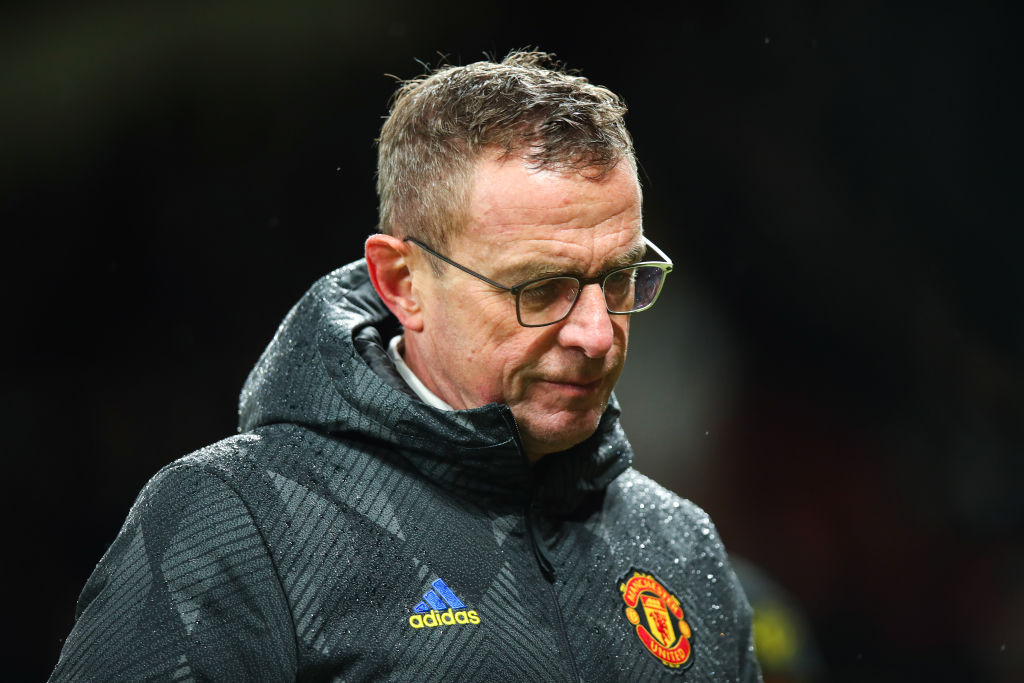 Manchester United interim boss Ralf Rangnick is said to be stunned by how far the club have fallen and feels two key issues are preventing him from turning things around, according to reports.

The German coach, nicknamed the ‘Godfather of gegenpressing’, took over from Ole Gunnar Solskjaer at the end of last year but has failed to trigger the turnaround in fortunes United were hoping for.

United looked out of sorts when they drew to Newcastle – and were fortunate to escape with a point – while defeat at home to Wolves has left them seventh in the Premier League table.

Since that loss, there have been reports of unrest in the camp at Old Trafford with a host of players unhappy either with a lack of game time or the position the club currently finds itself in.

Now the Daily Mail report that Rangnick has quickly come to realise that the United job – and the task required to turn them back into contenders – is far bigger than he initially realised.

Sources close to the former RB Leipzig chief claim he is ‘shocked’ at how far United have fallen and how badly they have been misfiring.

The situation is so bad that Rangnick now feels it will take a monumental effort to secure Champions League qualification – something that was a minimum expectation at the start of the season and even when Solskjaer was sacked.

There is also a feeling around United that they must win their FA Cup third-round tie against Aston Villa on Monday night or risk the atmosphere around the club becoming even more toxic than it already is.

According to the Mail’s report, there are two big issues which Rangnick has encountered and which is holding back his efforts to transform the team.

The first is the defence, with the German concerned that his high-pressing style is not suited to the defenders currently at his disposal, while Harry Maguire’s loss of form has exacerbated the problem.

Another issue that Rangnick and his staff have identified is a lack of physical conditioning, with the squad’s fitness levels below what would normally be expected – a big problem for a manager who wants his teams to press high and work relentlessly off the ball.