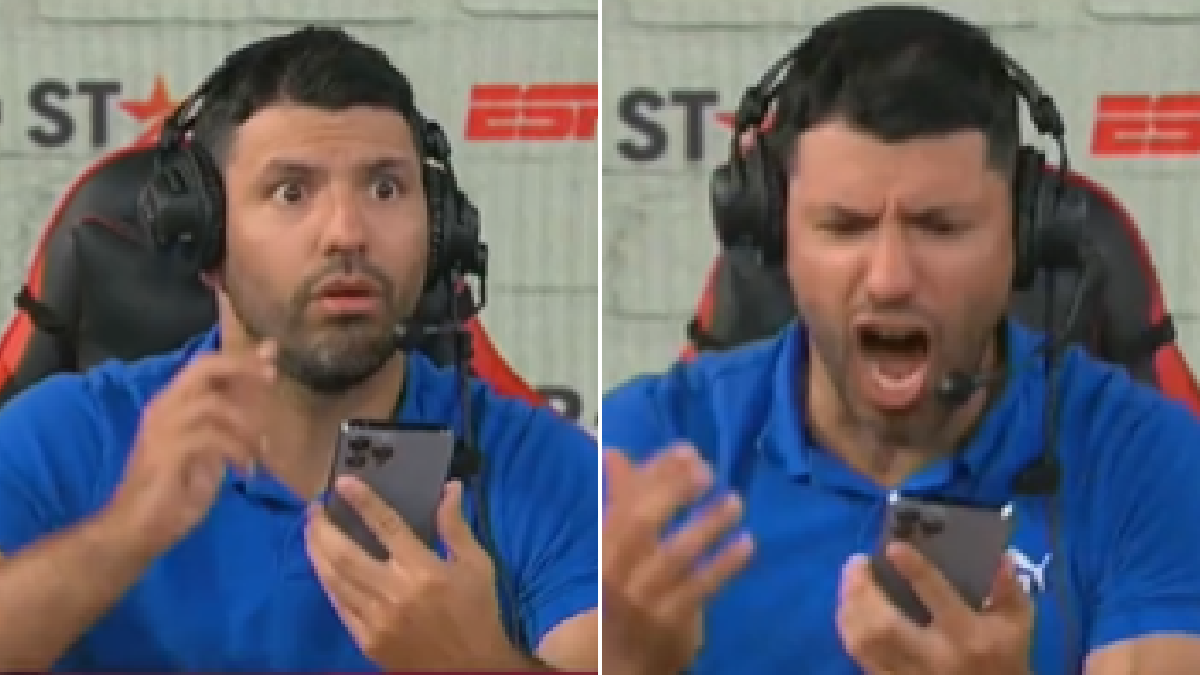 Los Blancos were just minutes away from exiting the Champions League semi-final after Riyad Mahrez had scored late on to make the score 5-3 on aggregate in City’s favour.

But substitute Rodrygo scored twice in two minutes at the end of the 90 to level things up, before a Karim Benzema penalty in extra-time finished off one of the most remarkable games in the history of the competition.

Former City striker Aguero was commentating on the match for ESPN and could not believe that his beloved club had thrown away the chance to qualify for back-to-back European finals.

The Argentine, who retired from football earlier this season, also shared that his former international teammate and close friend Lionel Messi texted him during the match to share his disbelief at the result.

PSG forward Messi is a Barcelona icon and would have been supporting City against Real, Barcelona’s greatest rival.

But both players were powerless to stop the remarkable comeback, with Real heading to the final in Paris where they will meet Liverpool at the end of May.

After the match, City manager Pep Guardiola was visibly devastated, telling BT Sport: ‘We were close. But at the end we could not reach it.

‘It is simple, the first half we didn’t have a good game, we were not giving enough but we didn’t suffer much. We were better after the goal, we found our tempo. And in the last 10 mins we didn’t suffer.

‘They [the City players] are sad. Because we were close. Now we need time to process and come back in our last games.

‘Football is unpredictable and sometimes you have to accept it.’