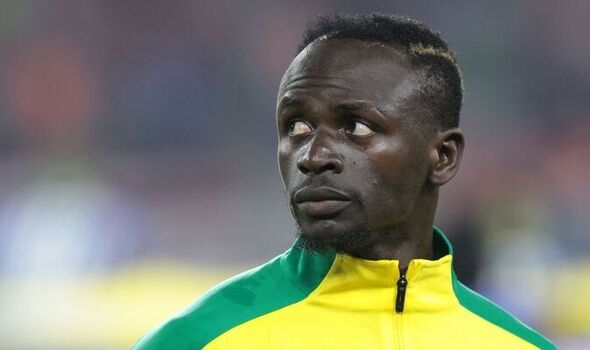 Senegal are ‘searching for a miracle’ as Sadio Mane bids to keep his World Cup dream alive after sustaining a tournament-threatening injury, Express Sport understands – with the jet-heeled forward’s chances of participating rated at just “five per cent.” Widespread reports in both France and Germany have already ruled out the 30-year-old’s involvement in Qatar after he sustained a problem with his right fibula just 20 minutes into Bayern Munich’s 6-1 Bundesliga thrashing of Werder Bremen but his country are determined to give him more time to prove his fitness – even though his chances of doing so look incredibly bleak.

Mane was subbed off for Leroy Sane after collapsing to the turf at the Allianz Arena but he was able to walk off the field following medical assistance.

Bayern’s assistant coach Dino Toppmöller had initially offered hope post-match that the former Liverpool frontman would recover in time for the World Cup, telling reporters: “He got hit in the leg, which caused a little nerve pain. Nothing too serious. His participation in the World Cup shouldn’t be in jeopardy.”

However, Mane has since undergone further examination and the initial verdict was that he would be sidelined for the tournament.

While that remains the probable outcome, Express Sport understands Senegal are hoping ‘for a miracle’ with the winger set to undergo further testing in the coming days.

Senegal boss Aliou Cisse names his official 26-man squad on Friday as he prays for some more positive news within the 36-hour timeframe.

Because of Mane’s status and importance – having scored the decisive penalty that booked Senegal’s ticket to Qatar in the World Cup play-off vs Egypt – the Lions of Teranga are prepared to play the waiting game on Mane.

They are yet to rule Mane conclusively out of the tournament, while Bayern Munich have released the following statement: “Sadio Mane suffered an injury to his right fibula during #FCBSVW. He will miss the game against Schalke. Further examinations will follow in the coming days, and FC Bayern are in contact with the medical staff of the Senegalese Football Association.”

Express Sport understands Senegal boss Cisse, who guided his side to Africa Cup of Nations glory in February, has already settled on his final squad for the tournament.

While he is yet to disclose his picks with the players directly, he has communicated his selection to those within the Senegal national team circle – including agents of selected personnel.

It’s understood there are no major surprises within his squad although Mane’s injury could potentially force him into a last-ditch decision.

Mane will miss Bayern’s final Bundesliga match against Schalke this weekend before Senegal open their World Cup campaign on November 21 against Netherlands in Group A.

Should medics open the door to the prospect of Mane being fit later in the tournament, there is a chance he could still be selected in hope that Senegal makes it past the group stages.

At this stage, it is clear that Mane is, however, unlikely to feature at all following the first round of medical checks. It was relayed to Express Sport that he is “95 per cent” sure to miss the World Cup.