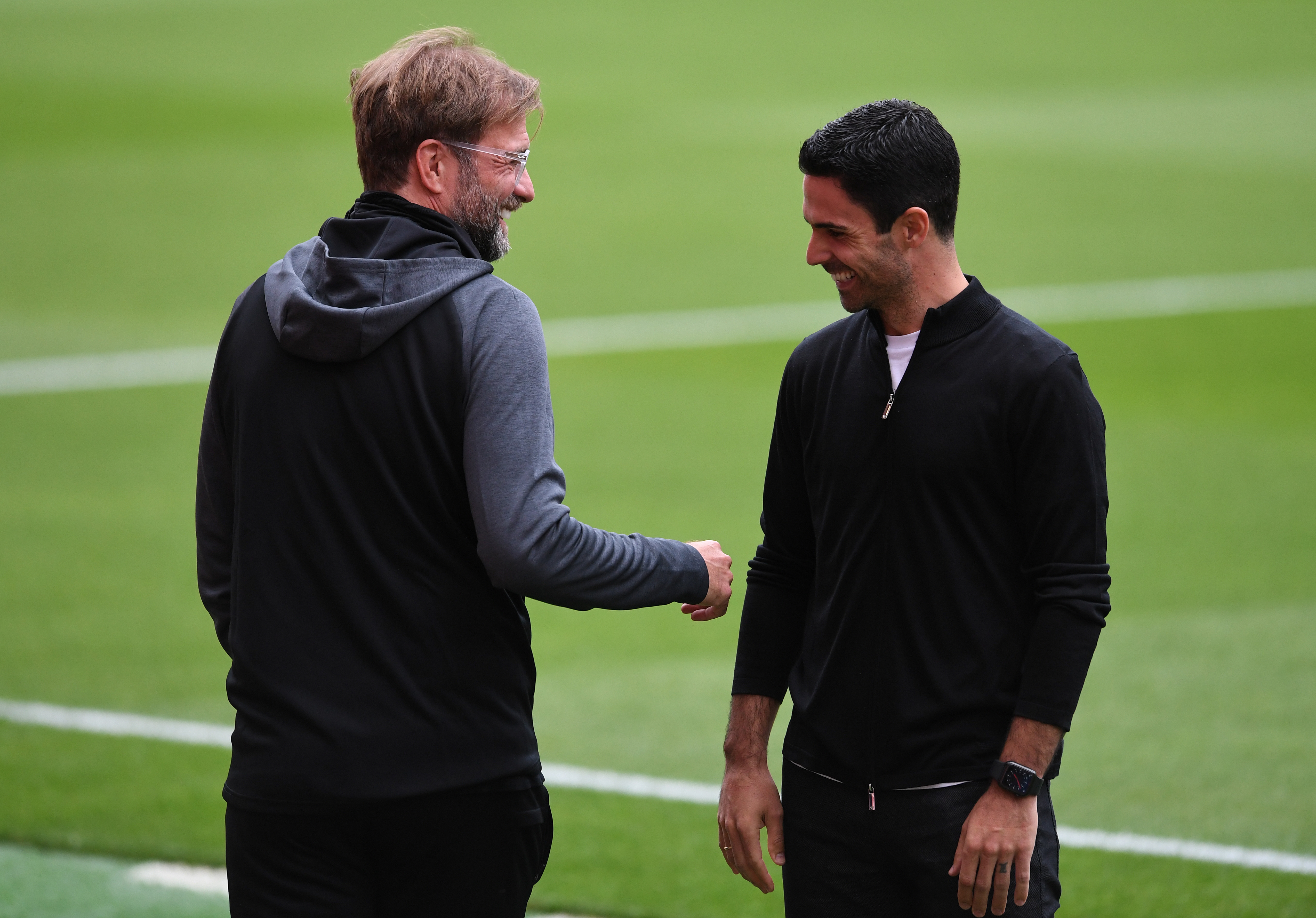 David Seaman believes Aaron Ramsdale could be in for ‘quite a busy day’ in Arsenal’s ‘really difficult’ clash away to Liverpool, but has backed his former club to come away from Anfield with a point.

Arsenal are riding a ten-match unbeaten streak in all competitions and moved up to fifth place in the Premier League table ahead of the international break, six points off leaders Chelsea.

The Gunners face one of their toughest tests yet this weekend against Jurgen Klopp’s rampant Liverpool side – who sit one place above them in the table – but Mikel Arteta’s men could leapfrog the Reds with victory on Merseyside.

Liverpool will be desperate to bounce back after suffering their opening defeat of the season away to West Ham in their last outing, while Arsenal are looking to to secure a fifth win on the bounce.

‘I think of this game and I just think of all the games I played in and I just had a flashback to when [Andrey] Arshavin scored four goals and he was running up to the Arsenal fans holding up four fingers,’ ex-Arsenal goalkeeper Seaman said on his Seaman Says podcast.

‘My head is telling is that it’s going to be really difficult, but me heart is telling me that Arsenal might get something out of it.

‘We need to get something out of this game and the Manchester United game to show where we are. We’re on the back of this really positive run.

‘Can we now use that to go to Liverpool and do something there like take a point, maybe a win, who knows? But it would be great for the process.’

‘The back four and Aaron as well are going to get tested, there’s no doubt. They need to all have man-of-the-match performances,’ he added.

‘When you look at that Liverpool forward line it’s just incredible and you know that there’s goals there.

‘But if they can play their best then they have got a chance of getting something.

‘They’re playing really well on the back of this run that’s giving them confidence and I don’t want that confidence to get shattered with a heavy defeat so it’s really important that everyone is at it.

‘I think Aaron’s going to have quite a busy day, a lot busier than he was in the week!’

Asked for his prediction, Seaman replied: ‘I’m going to go with 1-1 because that’s the least that I can hope for.

‘I just don’t want a smashing! We don’t need to get beat heavily.’

Ramsdale has nailed down his place as Arsenal’s first-choice goalkeeper since arriving from Sheffield United in the summer and Seaman reckons Bernd Leno could be set for the exit door this winter.

‘Ideally you want a number one like Ramsdale and then a really experienced number two that is happy to sit on the bench and not be negative around the dressing room because he’s not playing,’ Seaman said.

‘It will be interesting in the summer or even in the January transfer window as to what happens with Leno because I’m sure that he won’t be happy not playing after being number one for a long time.’

‘It’s about 20 yards over the next field because the training grounds are really close together.

‘But that’s what I mean, someone like that who has got all the experience and has been playing for a long time.

‘He’s coming towards the end of his career, he knows that and something like Arsenal would be a great fit for him.

‘But then I’ve been going into the training ground and training with a lot of the young goalkeepers and there’s some pretty special ones coming through.

‘So what do you do? Do you halt their progress? But then having said that you have that gamble of putting a really inexperienced player in the Premier League in big games and then what happens?

‘It’s a tough one. If it was my choice I’d go with the experienced number two and then bring on the young lads maybe in the cup games.’