In the latest accolade in what has been a stellar year for both club and country for the Matildas captain, Chelsea has put up new signage of the 28-year-old performing the move on the outside of their home ground.

The sign has been unveiled just a couple of weeks after Kerr was nominated for the women’s Ballon d’Or – football’s greatest individual honour. 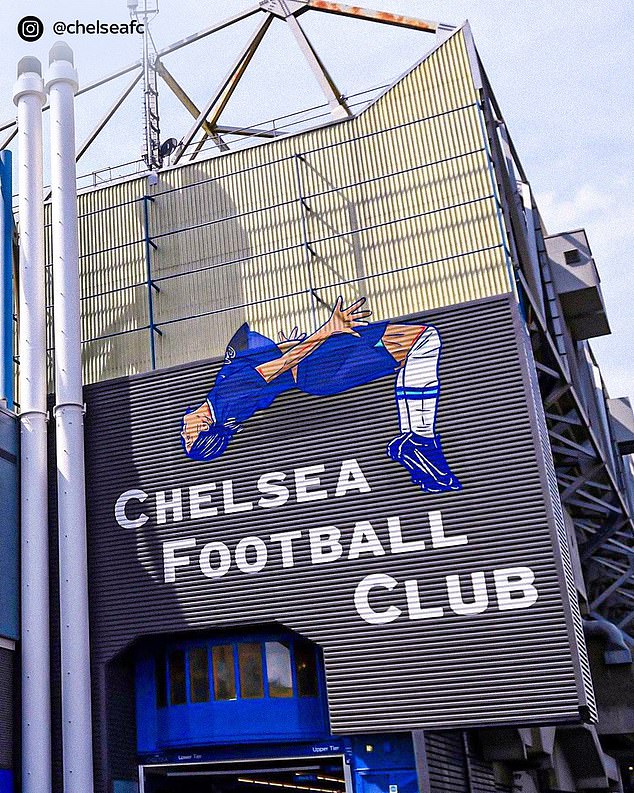 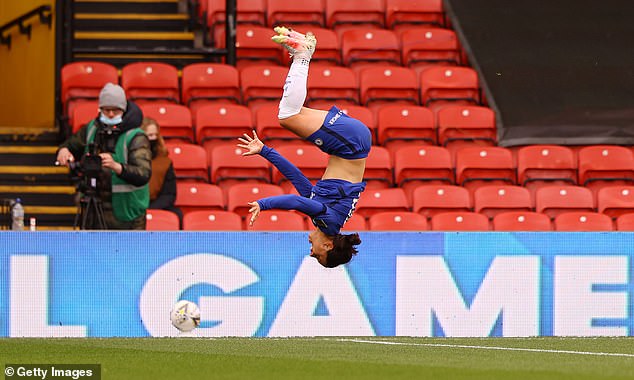 This is the fourth time the talented Australian has been nominated, finishing third in last year’s voting.

Kerr has had an incredible 2022, which saw her win the Women’s Super League title with Chelsea and claim the Golden Boot as the competition’s top scorer.

The superstar has also won a number of other honours including the Best International Athlete In Women’s Soccer for the third time at the ESPYS, and the Football Writers Association Women’s Footballer of the Year.

Kerr had a record-breaking year in the green and gold, too, becoming Australia’s all-time leading goal scorer in February when she surpassed Tim Cahill’s record of 50 during the Asian Cup.

The striker also became the first female footballer to feature on the cover of a global version of the wildly popular FIFA video game last month.

Kerr’s iconic celebration was first developed when the acrobatic Aussie was aged nine and living in Perth – where she taught herself to do a roundoff backflip.

‘It is kind of a spur-of-the-moment thing,’ she said in a FIFA interview. 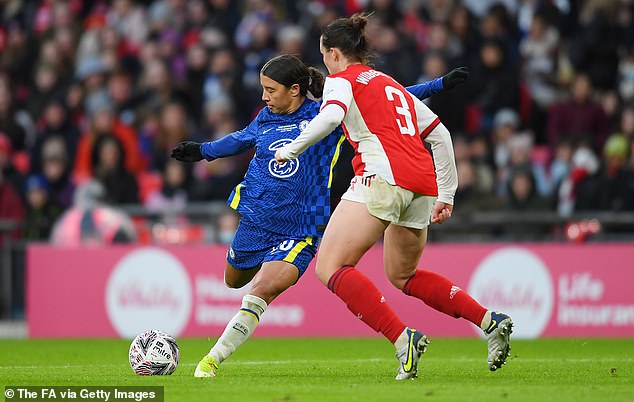 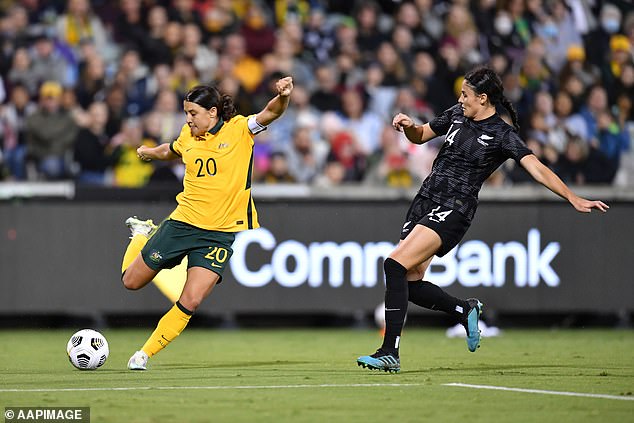 ‘When it is a big match, or a big goal, it seems to happen. People always ask me when I’m going to do it and I never know. It is just pure emotion.’

When Kerr signed with Chelsea in November 2019 she was warned against doing her signature move. And she kept a lid on it for her first 16 months with the Blues – but couldn’t restrain herself after scoring a hattrick against Bristol City in 2021.

Blues’ manager Emma Hayes knew the backflip was coming back sooner of later.

‘I’m shaking my head because I’ve waited 12 months for that,’ Hayes said after the celebration. ‘She could’ve given me a heads up. The second half of the flip was very sloppy. It would’ve been a 4.0 at the Olympics.’