Red Bull Salzburg brutally mock their Europa League rivals Manchester United, Barcelona and Juventus… as they post clips of Ronaldo, Pogba and Lewandowski dancing to High School Musical song ‘We’re all in this together’!

Red Bull Salzburg have hilariously mocked the top European sides that have dropped down to the Europa League with them.

Barcelona and Juventus finished third in their Champions League groups and now are relegated to the second-tier competition along with Salzburg, with Manchester United and Roma starting the campaign in the Europa League.

And the Austrian side teased their more illustrious counterparts with a cheeky social media video of players of those sides dancing set to High School Musical song ‘We’re All in This Together’. 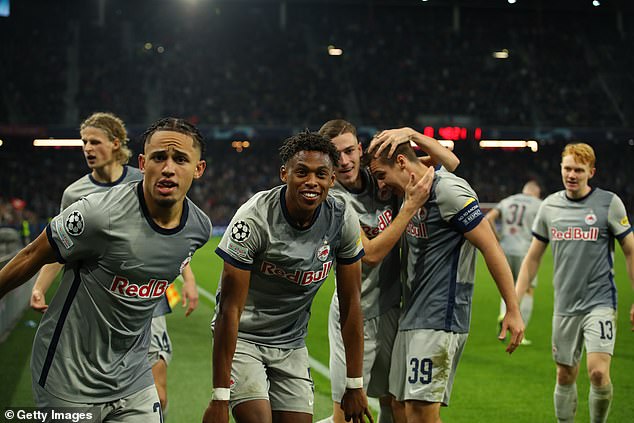 The video, released on the Austrian champions’ TikTok account, has already been viewed more than a million times and liked more than 140,000 times.

It then shows Salzburg players dancing in celebration after a goal, followed by a few seconds of Roma manager Jose Mourinho’s head overlaid onto a dancing child. 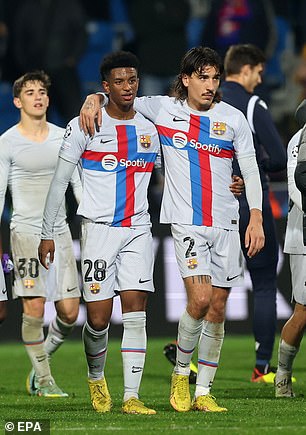 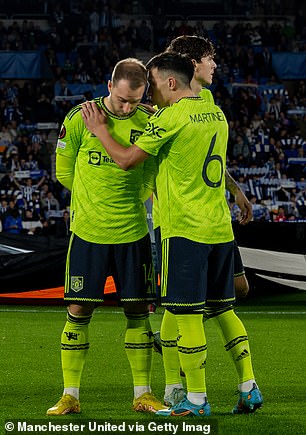 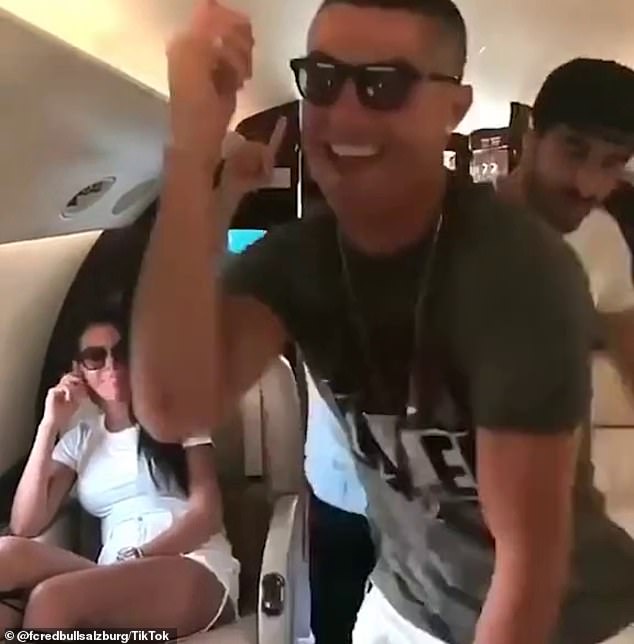 Red Devils star Cristiano Ronaldo is among the players dancing in the clip posted by Salzburg’s social media team, to the music of ‘We’re All in This Together’ from High School Musical

Ajax, Bayer Leverkusen, Sporting Lisbon, Shakhtar Donetsk and Sevilla also move into the Europa League and those eight sides will face the eight runners-up in the Europa League groups for a spot in the last 16.

PSV, Rennes, Roma, Union Berlin, United, Midtjylland, Nantes and Monaco all finished second in the tables and will contest the two-legged play-offs.

Matthias Jaissle’s side, currently top of the Austrian Bundesliga table, have secured creditable draws against AC Milan and Chelsea in their European campaign so far.