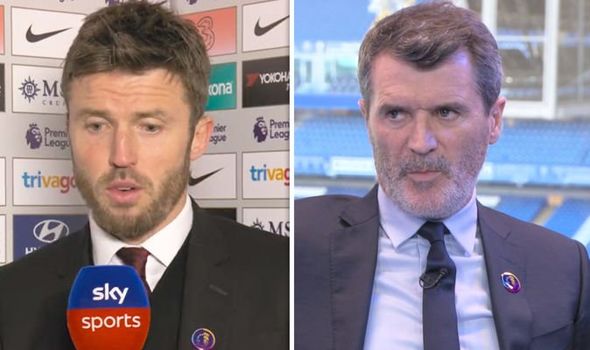 Roy Keane “disagreed with everything” Manchester United interim boss Michael Carrick said in his interview after the draw at Chelsea.

Asked if Carrick was right to question the awarding of Chelsea’s penalty in the 1-1 draw, Keane said on Sky Sports: “No. I disagree with everything he said there in that interview. Everything he said. He’s talking about a plan.

“He’s talking about the penalty. Of course it was a penalty. We’ve all looked at it, it’s a penalty.

“He’s talking about the players’ efforts, he’s proud of them. He’s been working with the players for the last few months. He was alongside Ole, he was in the dugout with Ole.

“He’s talking about the high pressure – we saw all the stats before the match, they’re the worst in the league at closing people down, winning the ball back.

“He was sitting in the dugout for the last few months with Ole, last few years.

“He was there with Mourinho as well – all of a sudden he’s proud of the players this week? He’s working with the same players.”

Keane has also questioned why the likes of Carrick are still at Old Trafford.

He added: “I wouldn’t be one for getting rid of all the staff but they have to be held accountable, all the staff.

“They weren’t just with Ole, they were with Mourinho as well before that, and what are they going to stay on with the new manager?

“[That’s] not necessarily [right], not if they’re not up to the job.

“Some of the staff have been here a number of years. I get the impression of Man United in the last few years, whether it be some of the backroom staff or people upstairs, I think there is an element now of a job for the boys now, ‘a job for the boys, wink, wink, look after each other, know the right people’.

“That’s why they’re eighth or ninth in the league.”