Banished Cristiano Ronaldo got a taste of life on Erik ten Hag’s naughty step as he arrived ahead of training with Manchester United’s Under-21s on Friday morning.

The Portuguese star, who Sportsmail exclusively revealed refused to come on as a substitute in Wednesday’s 2-0 win over Tottenham, arrived at 8.30 before taking part in the youth team’s morning training session.

Ronaldo’s defiance saw him axed and relegated away from the first team and he will play no part in this weekend’s game against Chelsea, instead having to spend his time with the U21s. 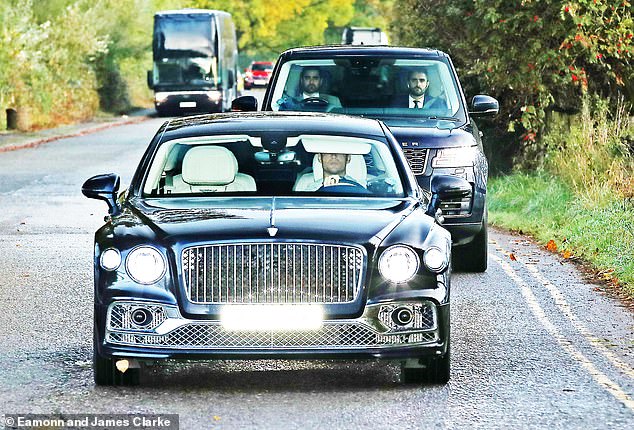 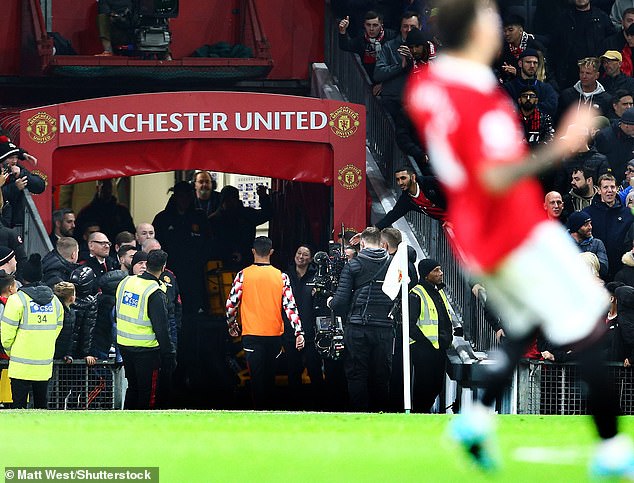 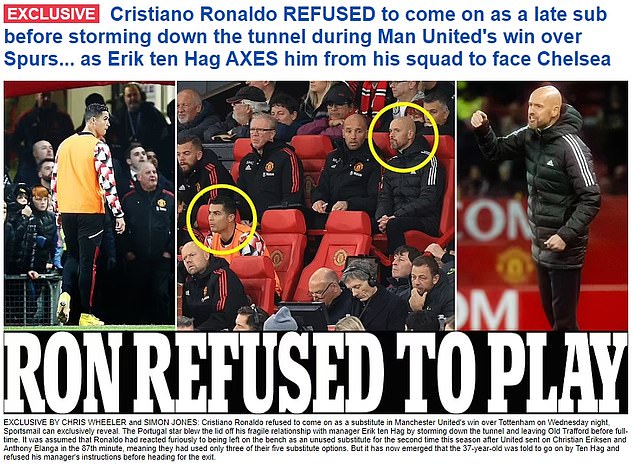 In remarkable scenes at Old Trafford on Wednesday night Ronaldo moped his way down the tunnel before the match had ended.

In the 89th minute he picked up his belongings from the dressing room and left Old Trafford before the final whistle.

The public nature of his departure meant Ten Hag and United had no option but to act.

The incident has put their fragile working relationship under intense scrutiny and cast further doubt over Ronaldo’s future, with his first team exile commencing on Friday as the rest of Ten Hag’s squad prepare to face Chelsea.

It is understood the player has shown thinly veiled disdain for Ten Hag and his coaching team, to the extent of blatantly ignoring one senior staff figure. 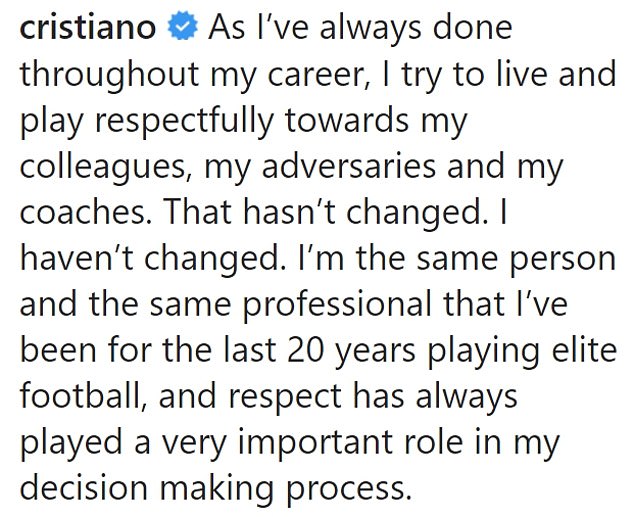 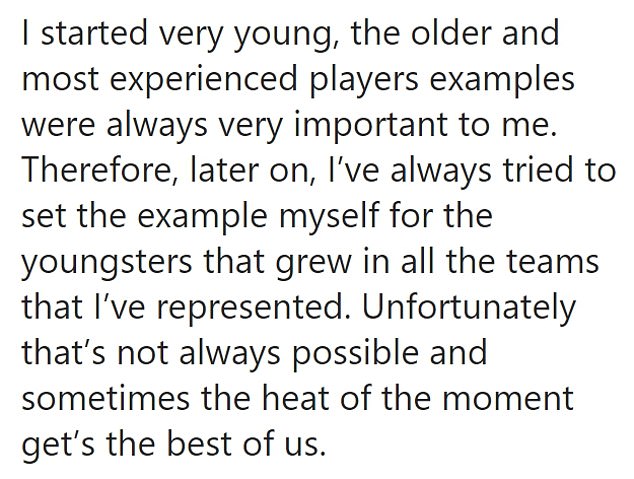 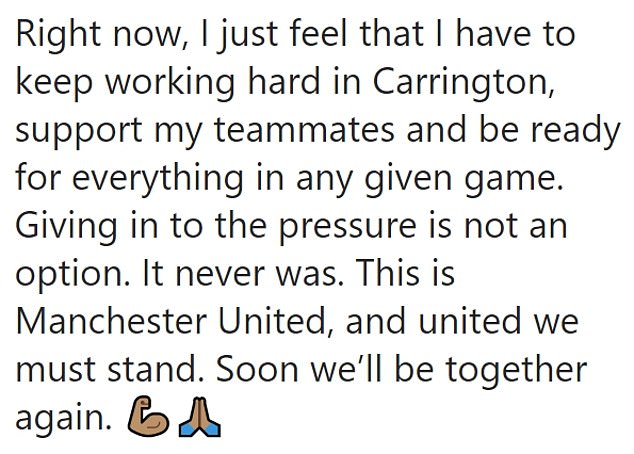 Ronaldo has been openly critical of training and believes United should play in a different way.

‘As I’ve always done throughout my career, I try to live and play respectfully towards my colleagues, my adversaries and my coaches. That hasn’t changed,’ Ronaldo said in a statement on Thursday, in a bid to defend his early exit.

‘I haven’t changed. I’m the same person and the same professional that I’ve been for the last 20 years playing elite football, and respect has always played a very important role in my decision making process.’