‘I may have lost my GOAT forever’: Cristiano Ronaldo is MOCKED by fans on social media after old pictures of him dressed as Aladdin resurface following his blockbuster £175m-a-year move to Saudi side Al-Nassr

Pictures of Cristiano Ronaldo dressed as Aladdin have resurfaced on social media following his move to Saudi Arabia and fans have not held back in mocking the star.

The motives of his switch to the Middle East have been the topic of much debate with many believing he could still perform at the highest level. 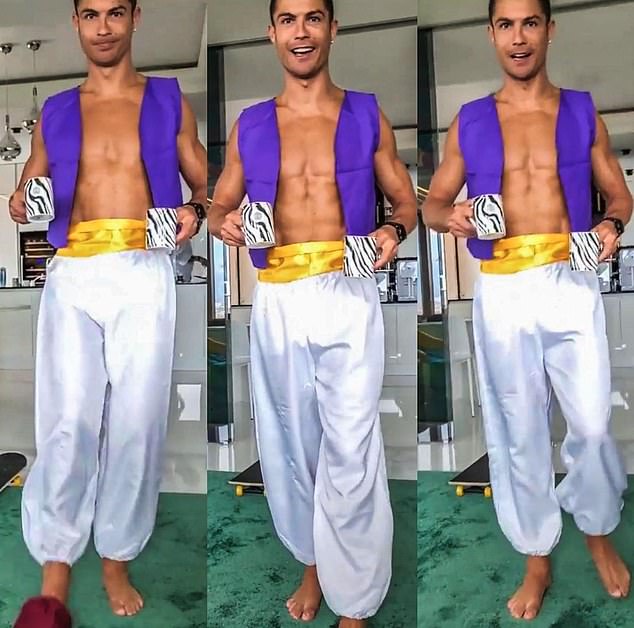 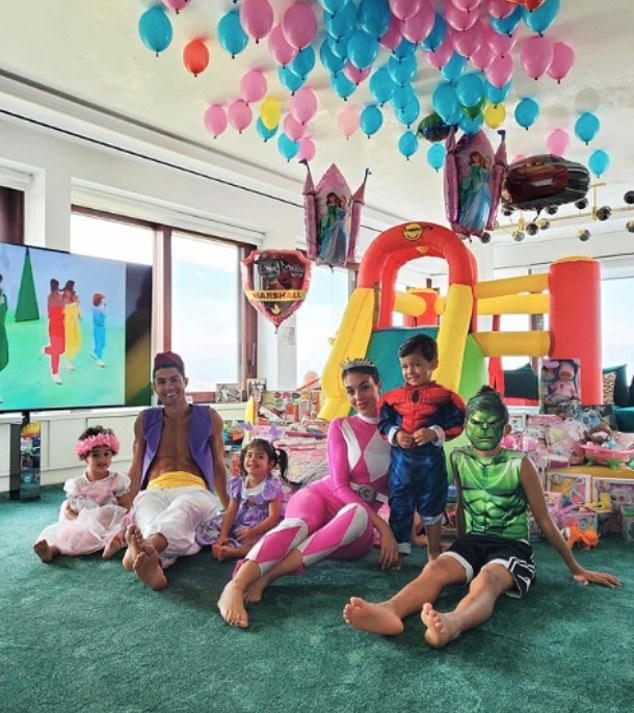 But the 37-year-old appears happy with his choice as he prepares for a new life in Saudi Arabia.

However, the five-time Ballon d’Or winner has become the subject of jokes after old photos of him dressed as Aladdin resurfaced on social media this week.

The pictures in question were taken in 2020 where he celebrated the second birthday of his twins Mateo and Eva.

Now fans have mocked the former Manchester United ace after seeing the pictures with one fan labelling him a clown. 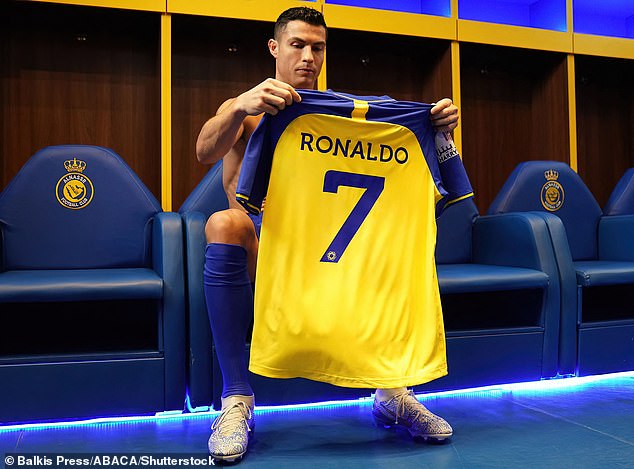 Another fan wrote: ‘I’m afraid I may have lost my GOAT forever’

The feeling was shared by another Ronaldo fan, who wrote: ‘Went from wanting to retire with dignity to being an Aladdin for Saudi’.

One simply wrote: ‘It’s over’.

Ronaldo began training with Al-Nassr this week but will have to wait to make his debut as he is currently serving a ban from his time at Old Trafford.

The Portuguese star served the first of his two-match suspension in Friday’s 2-0 win over Al-Ta’ee and will miss next weekend’s derby against Al-Shabab.

He will be available to make his bow against Ettifaq on January 22.