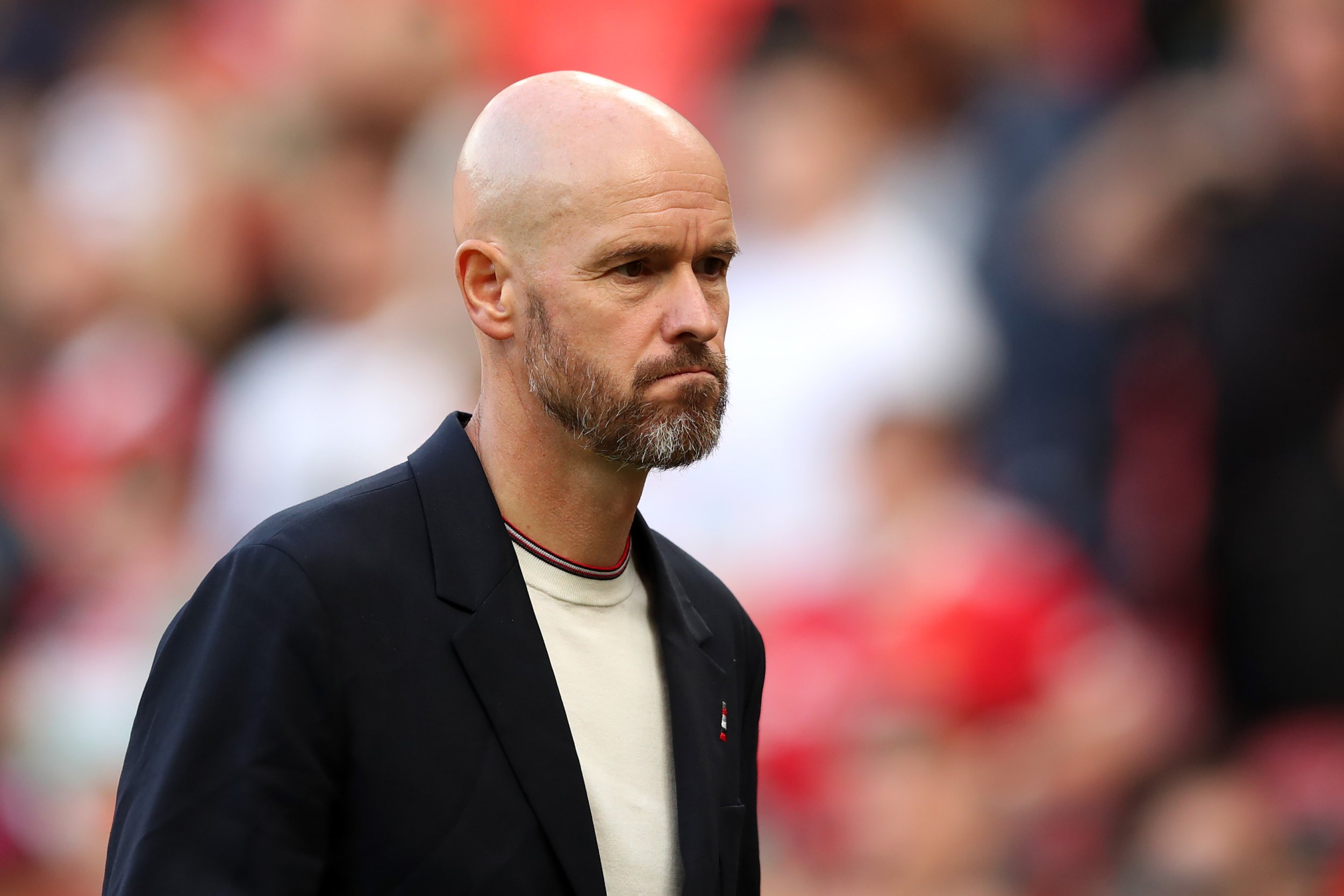 After a positive pre-season, the real business begins for Erik ten Hag on Sunday as Manchester United host Brighton at Old Trafford on the opening weekend of the Premier League season.

The Dutchman has made an impressive start to life at the Theatre of Dreams and the players have responded well to his methods, with the squad showing positive early signs that they can implement Ten Hag’s philosophy.

But the real test comes on Sunday as Ten Hag pits his wits against Graham Potter’s side at Old Trafford and the former Ajax boss has a number of decisions to make as he looks to make a winning start to life at the club.

Ten Hag has trialled a number of different systems and selections in pre-season and given Brighton’s strength in possession, he has a number of difficult decisions to make when selecting his starting XI and formation.

With that in mind, Metro.co.uk’s selected three different ways the Dutchman may line his side up against the Seagulls.

The system allows United to press high, with Jadon Sancho and Marcus Rashford able to pin their full-backs back when out of possession while Luke Shaw and Diogo Dalot can do the same to the opposition’s wingers.

While the pairing of Fred and Scott McTominay in midfield often garnered groans from supporters last season, their duties are different under Ten Hag and they’re not asked to sit in the same fashion that they did under Ole Gunnar Solskjaer.

In defence, Ten Hag has – perhaps surprisingly – suggested that Harry Maguire is his first choice defender and he has decided to retain the England star as club captain. Brighton’s strength from set pieces will surely impact Ten Hag’s thinking and there’s few better in the country at defending the box than Maguire.

Lisandro Martinez has made just two appearances for the club since making his £47m move from Ajax but Ten Hag will be keen to get the Argentine more minutes so that he can get up to speed. Maguire would appear a good partner for Martinez, with the pair’s contrasting styles complimenting one another.

Anthony Martial scored three times in pre-season but it was his work-rate and industry that will have impressed Ten Hag most. The Frenchman is not known for his industry but he’s shown an uncharacteristic willingness to adapt to Ten Hag’s methods and deserves to start. However, there is speculation that the striker could miss the game with a hamstring injury, which would be a damaging blow to his hopes of hitting the ground running this season.

Question marks over Cristiano Ronaldo’s future have somewhat overshadowed Ten Hag’s preparation for the season, with every press conference dominated with questions about the 37-year-old.

The Dutchman has insisted since his unveiling that he wants to work with Ronaldo and the club maintain the striker is not for sale, despite him twice requesting to leave the club in the last month.

Ronaldo was absent from United’s pre-season tour which means he’s had just 45 minutes of football since the season finished as he featured against Rayo Vallecano last Sunday.

That leaves Ronaldo desperately short of fitness but with a reported injury to Martial, Ten Hag could be forced into the prospect of fielding a player that’s had just 45 minutes of pre-season action.

Should Ten Hag make the decision to start Ronaldo, he will need to be surrounded by legs and that means a midfield three of Fernandes, Fred and McTominay, with Marcus Rashford and Jadon Sancho set to start on the wings no matter what.

At left-back, Tyrell Malacia has shared the spot with Luke Shaw since his arrival from Feyenoord and it wouldn’t be a surprise to see the Netherlands international given his Premier League debut.

He’s not typically one for ‘risks’ but Ten Hag could spring a surprise with his midfield selection on Sunday.

The signing of Christian Eriksen, while an impressive one, does raise question marks over the system that United will play this season. The Dane is a traditional attacking playmaker and does his best work playing just behind the frontline. But that’s a position occupied by Bruno Fernandes and it appears unlikely that the Portuguese will lose his spot given his numbers since joining the club from Sporting Lisbon.

One exciting – but risky – option is to play both playmakers in an attack-minded 4-3-3 system. Ten Hag often paired two number 8s together during his time at Ajax and Fernandes could drop deeper to play alongside Eriksen as the pair dovetail in midfield.

At centre-back, Raphael Varane could come in alongside Martinez to allow United to press higher up the field than they can with Maguire. The Frenchman has struggled with injury since moving to Old Trafford but he remains a class act and his speed is a valuable asset for a manager like Ten Hag, who wants his defence to be comfortable at playing one-on-one.