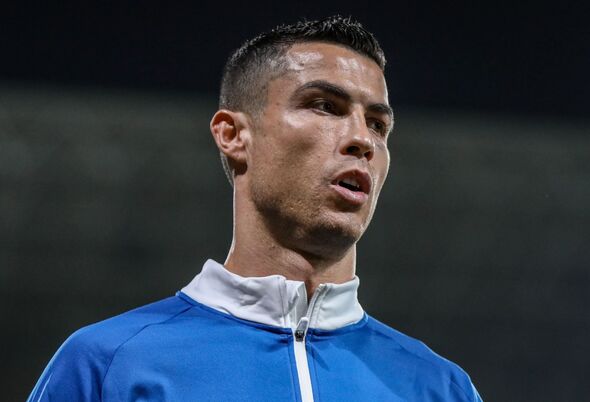 Cristiano Ronaldo arrived in Saudi Arabia with a list of ‘best practices’ to help new club Al-Nassr strive off the pitch, according to reports. Club officials are working desperately to implement Ronaldo’s plan in a bid to improve Saudi football.

Ronaldo made his debut for Al-Nassr in Sunday’s 1-0 victory over Ettifaq. The Manchester United and Real Madrid icon failed to mark the occasion with a goal, although strike partner Anderson Talisca’s strike elevated his side to the top of the Saudi Pro League.

Al-Nassr officials are keen for Ronaldo to help the club and wider national game grow in stature. They hope that his presence will lift standards on and off the pitch.

When he arrived in Saudi, Ronaldo came armed with a list of improvements and ‘best practices’ and handed them to Al-Nassr officials. The veteran forward has used his experience with United, Madrid and Juventus to understand what cultivates a winning culture.

According to ESPN, club chiefs are working to implement the set of demands put forward by the Portuguese icon. They could also be motivated to improve the practices of the club given that Ronaldo tore into a similar aspect of United’s approach to modern football.

The 37-year-old said in his infamous Piers Morgan interview: “Nothing has changed, the pool, the jacuzzi… even the gym. Technologically, in the kitchen, even the chefs, who are people I really like and appreciate. They’ve stopped in time and that surprises me.

“I was surprised because I expected to see different things, as I said, in terms of infrastructure, technology… but unfortunately I still see things that I already saw when I was 23 or 24 years old.”

Ronaldo signed an eye-watering £176million two-year deal when he arrived in Saudi Arabia. However, the report continues that Al-Nassr would be open to extending his contract should the attacker wish to continue playing beyond the age of 40.

Al-Nassr are ‘convinced’ that Ronaldo will end his career in the Middle East country and would be prepared to prolong his stay should the Portugal captain decide to play on. All parties have, though, denied that Ronaldo will act as an ambassador for Saudi Arabia’s 2030 World Cup bid, a tournament that Portugal are also hoping to host.

After a registration struggle and a ban carried over from the Premier League, Ronaldo finally made his debut for Al-Nassr on Sunday. Boss Rudi Garcia said: “I told the players they need to make the right choices on the pitch.

“Obviously Cristiano Ronaldo is asking for the ball and we have to give him the ball because he’s the player who can make the difference. We need to work a lot on the positions of everyone. Sometimes we had crosses but not enough people in the box. We need to work on that.”