A chip (and a stepover) off the old block? Ronaldinho’s 17-year-old son is training with Barcelona in a bid to pursue his football dream in Europe… as he aims to emulate his flamboyant father by landing a deal at the Nou Camp

Ronaldinho’s son Joao de Assis Moreira has started training with Barcelona’s academy and is hoping to follow in his father’s footsteps by signing a deal with the Catalan giants.

Moreira, 17, started out in Cruzeiro’s youth team back in his homeland, but has now moved to Spain to pursue his dream of making a name for himself in Europe.

He has been training with Barcelona’s youth players over the past 10 days, and his uncle, Roberto de Assis, who is also his agent, has been in direct contact with Barcelona president Joan Laporta to discuss a deal for the teenager to move to the Nou Camp, according to Mundo Deportivo. 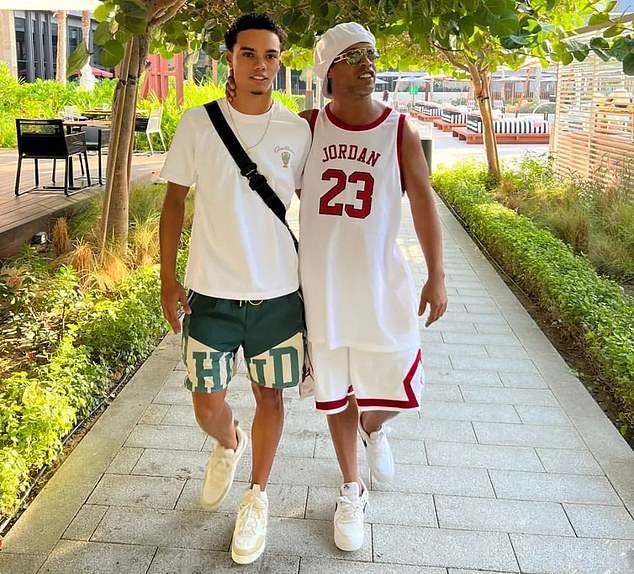 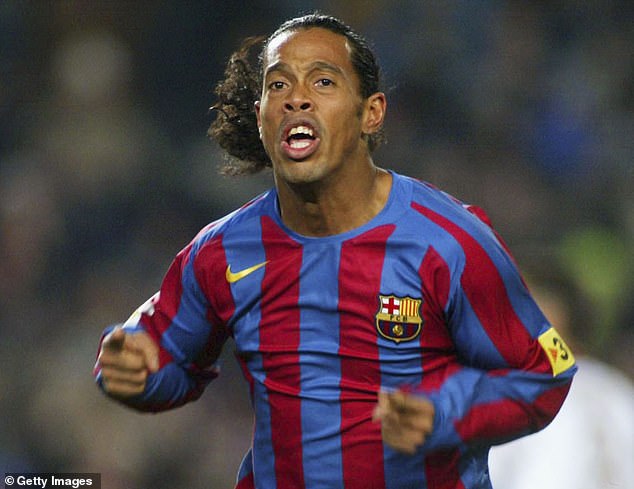 Ronaldinho had a glittering career at Barcelona, winning the Ballon d’Or and Champions League during his time at the Nou Camp

Ronaldinho enjoyed a glittering five-year spell at Barcelona between 2003 and 2008.

Ronaldinho won LaLiga twice and the Champions League in 2006, as Barcelona beat Arsenal 2-1 in the final in Paris.

He is widely considered to be one of Barcelona’s greatest ever players, leaving his son with plenty to live up to if he does earn himself a contract. 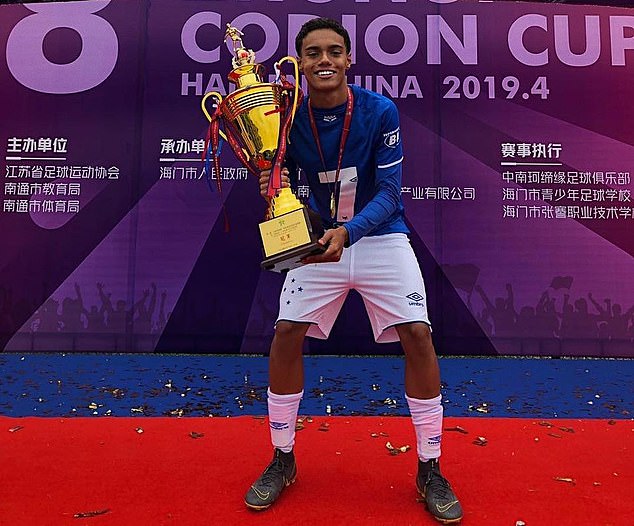 Moreira looks to be an exciting talent, and is now looking to pursue his dream in Europe. Pic credit: https://www.instagram.com/p/BwxR6x6n0MK/

Moreira looks to be an exciting talent himself, though, with video footage showing that he possesses some of his father’s flair.

Ronaldinho was known for his silky skills on the pitch, and would regularly pull off multiple stepovers and audacious flicks during games. He was also one of the finest dribblers of his generation.

Moreira appears to be a chip off the old block and has a few tricks up his sleeve, while also being adept with both feet, which could make him a problem for opposition defences.

Should he get a Barcelona contract, he would likely continue his progression in the club’s famed La Masia academy, which has produced some outstanding players over the years including Lionel Messi, Andres Iniesta and Xavi.