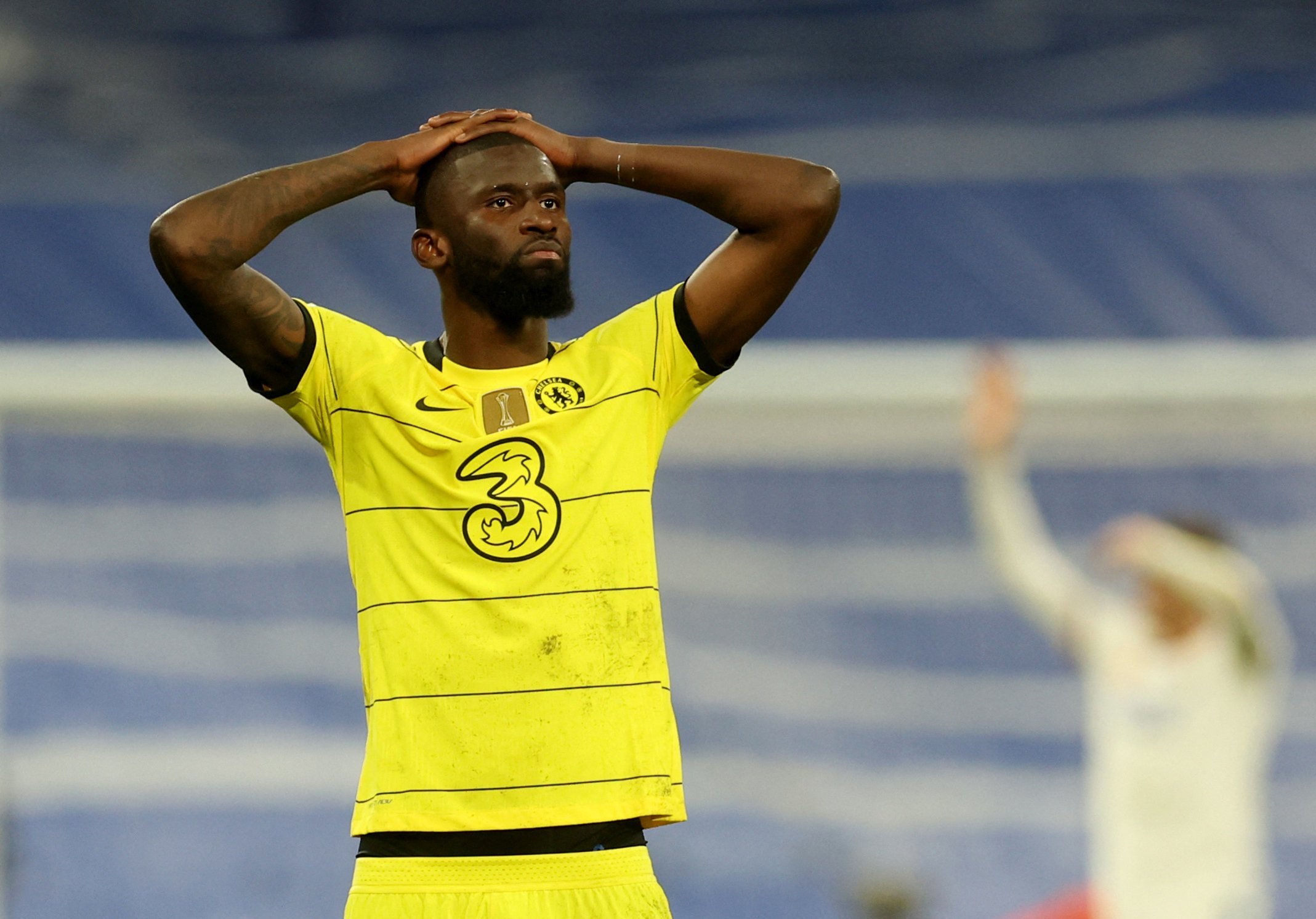 Rio Ferdinand believes Antonio Rudiger will regret his full-time reaction to Chelsea’s Champions League defeat to Real Madrid, having pushed David Alaba away when he tried to console him.

The Blues put on a superb display at the Bernabeu and appeared to be heading into the semi-final after taking a 3-0 lead (4-3 on aggregate) with Mason Mount, Rudiger and Timo Werner all getting on the scoresheet.

But a stunning assist from Luka Modric set up Rodrygo to send the match to extra-time before Karim Benzema – a week on from his hat-trick in west London – headed home to secure a 5-4 aggregate win.

Rudiger had spent the final exchanges of the match playing up front and when the full-time whistle was blown he was stood next to Alaba – who speaks German having spent over a decade at Bayern Munich.

The Real defender went to put his arms around Rudiger and say a few words to console him, but the Chelsea man pushed him away and stormed off, screaming and yelling before dropping to his knees.

Other Real players tried to shake hands with Rudiger but he remained furious on the ground and Ferdinand feels the Germany international may look back on his behaviour with regret – though he was glad to see the contract rebel show so much emotion and desire.

Reacting to the footage of Rudiger pushing away Alaba, Ferdinand said on BT Sport: ‘It’s emotional, man. And I don’t think he’d necessarily want to react like that or see those pictures.

‘But the feeling there you can’t control it. We’ve all been there after big games, I’ve said and done things that you regret, you think: “that’s not me, that’s not my normal personality”. But this is what football means to people.’

He continued: ‘If you see changing rooms after games… imagine that changing room there. There will be things going flying.

‘I hit walls, I ended up kicking people at times! I got done at Chelsea kicking someone by accident, you don’t mean it you just lose your head, you don’t mean anything by it.

‘But I like to see that because that’s the emotion, there’s a care and a desire to win and they know what it means and how close they were.’

‘You’re out of the competition, 3-1 down, suddenly play great and you’re going through to the next round and 3-0 up, and then that happens again. You can understand. No wonder Thomas Tuchel is getting greyer, it’s sad.’