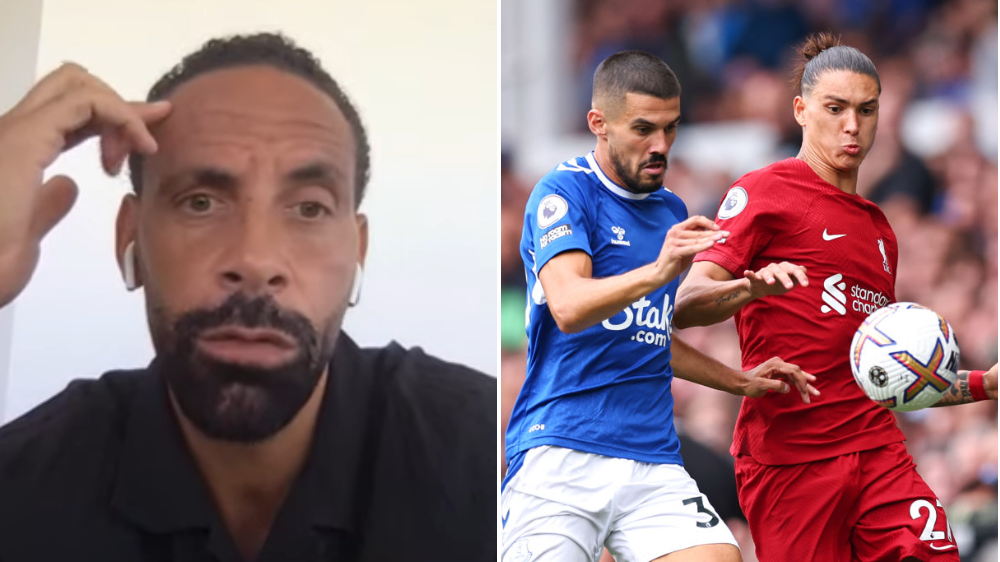 Rio Ferdinand says Liverpool are capable of surging up the Premier League and winning the title this season but admits they must improve fast to keep pace with the likes of Manchester City and Arsenal.

A goalless draw in the Merseyside derby at Goodison Park on Saturday means Liverpool have dropped points in four of their first six matches this season.

Jurgen Klopp’s side won the Premier League in 2019 and came within one point of the title last season but have made an underwhelming start to the current campaign and appear to be struggling with a number of key injuries.

The Reds are already six points behind early leaders Arsenal and four points adrift of Manchester City, who both have games in hand.

Asked if he still views Liverpool as title contenders, former Manchester United and England defender Ferdinand told BT Sport: ‘Listen, you have to look at the last couple of years and the fact they’ve been right up there and raised the bar in the Premier League along with Man City.

‘That would suggest they can improve and will be up there. But you can’t afford to let this Man City team get too far away and there’s already a little gap.

‘It could be too much. Can they maintain a push and get back up there? I think they will.

‘But they need the injured players to come back and get some consistency in terms of personnel in that team.

‘They’ve got a few things they need to sort out because they’re not firing on all cylinders right now.’

Ferdinand was speaking after Liverpool’s 0-0 draw with arch-rivals Everton on Saturday.

Luis Diaz, Darwin Nunez and Mohamed Salah all hit the post for Liverpool, although Everton also went close through Tom Davies and Conor Coady, who had a goal disallowed for offside.

‘It was a fair result,’ Ferdinand added. ‘Liverpool had the better chances but they didn’t have control of the game or the luck in front of goal. That happens sometimes but they will be frustrated.’

Klopp, meanwhile, admitted his side were struggling to cope with the absence of a number of injured stars after they dropped points yet again at Everton.

He said: ‘The situation we’re in right now is not a dream. It’s good that players are coming back, but we have to make sure we use them in the right manner.

“There will be one man outside of Liverpool rubbing his hands together, that’s Gareth Southgate.”

‘It’s not the start we wanted. Six games and nine points is not exactly a dream, but those are the points we’ve got and let’s go from there.

‘If we get through these moments together we have a chance to create better moments in the future.’

Liverpool begin their Champions League campaign on Wednesday night with a trip to Italy to face Serie A side Napoli.