England’s World Cup portraits have dropped ahead of the tournament’s curtain-raiser on Sunday.

The Three Lions take on Iran in their World Cup opener on Monday as Gareth Southgate bids to marshal his side to a second major tournament final after Euro 2020.

The manager cuts a relaxed figure as he models for his portrait, while captain Harry Kane flaunts his passion with a celebratory pose.

Each sporting England’s white and blue World Cup kit, the players were snapped in front of red and grey backdrops, striking a number of poses from badge pointing to goal celebrations.

The portraits show that it’s still all smiles in the Three Lions camp despite the quick turnaround between the Premier League’s pause and the World Cup.

England jetted off to Qatar on Tuesday just six days ahead of their clash with Iran. 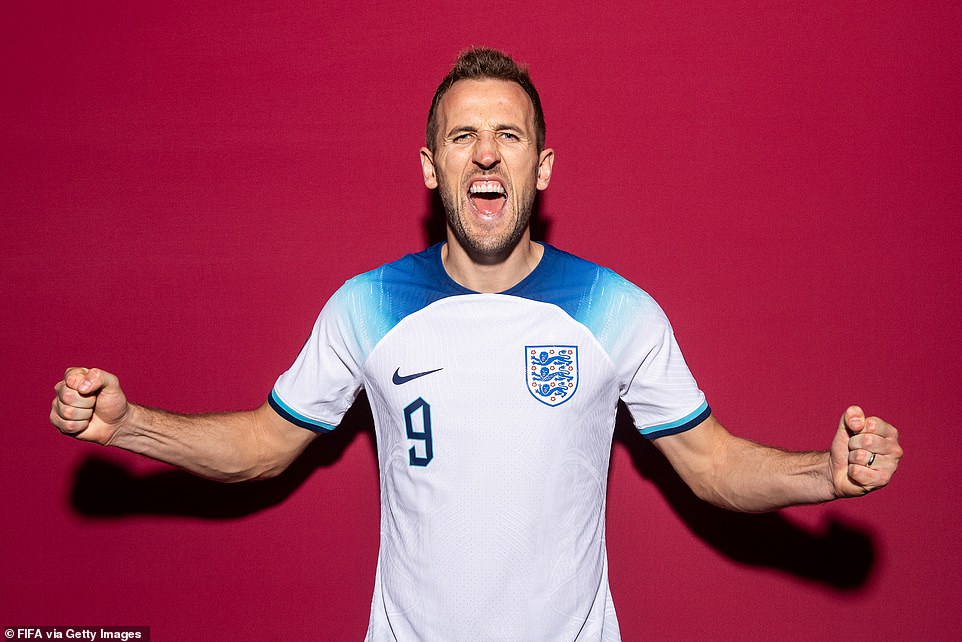 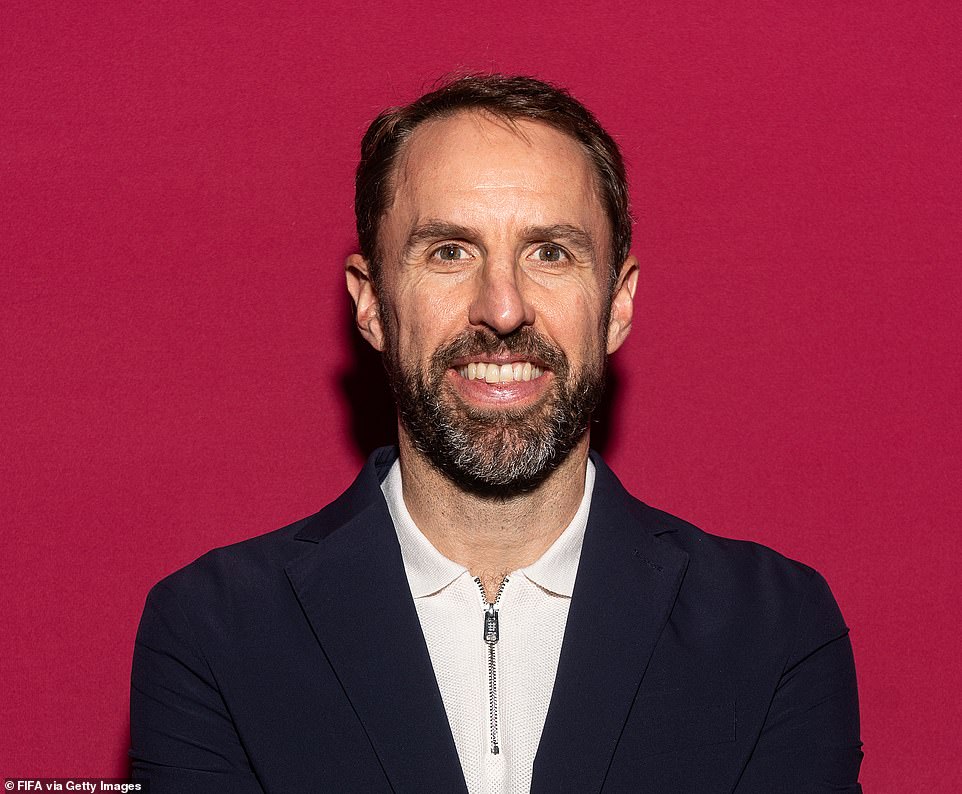 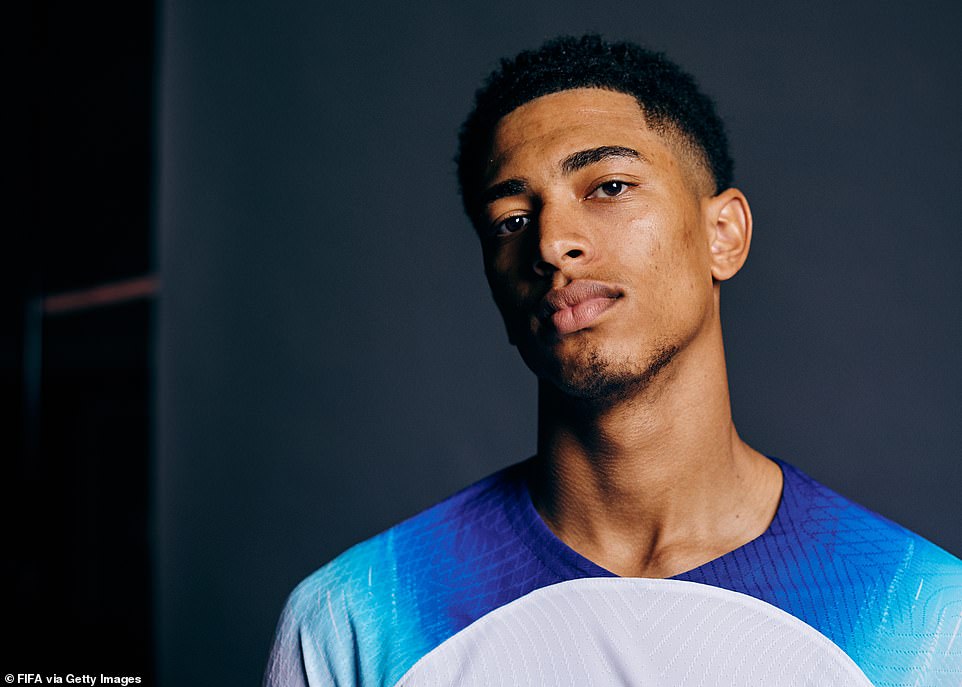 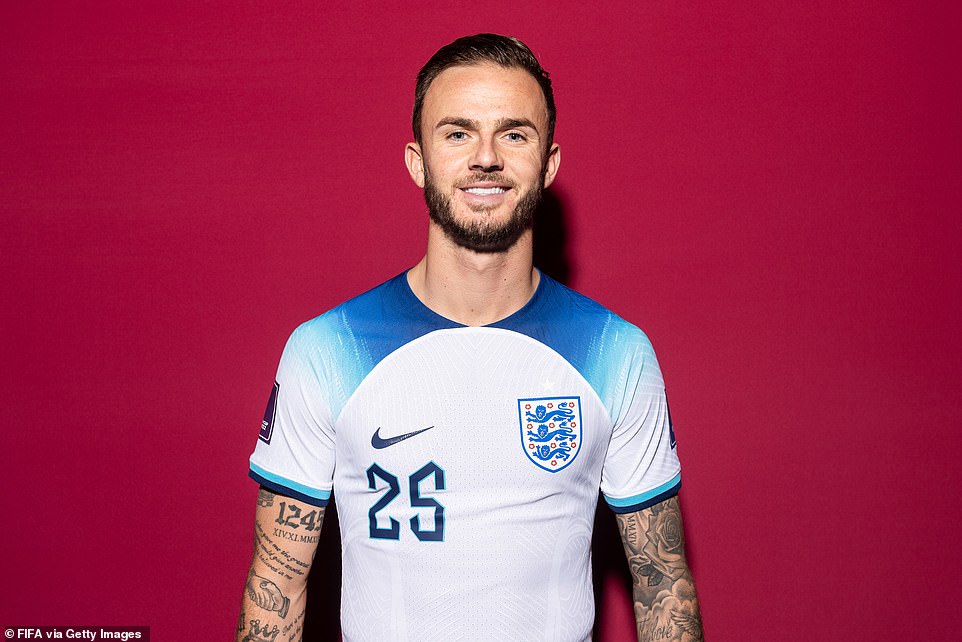 It’s all smiles for Leicester playmaker James Maddison, who stars for the Three Lions in his first major tournament this week 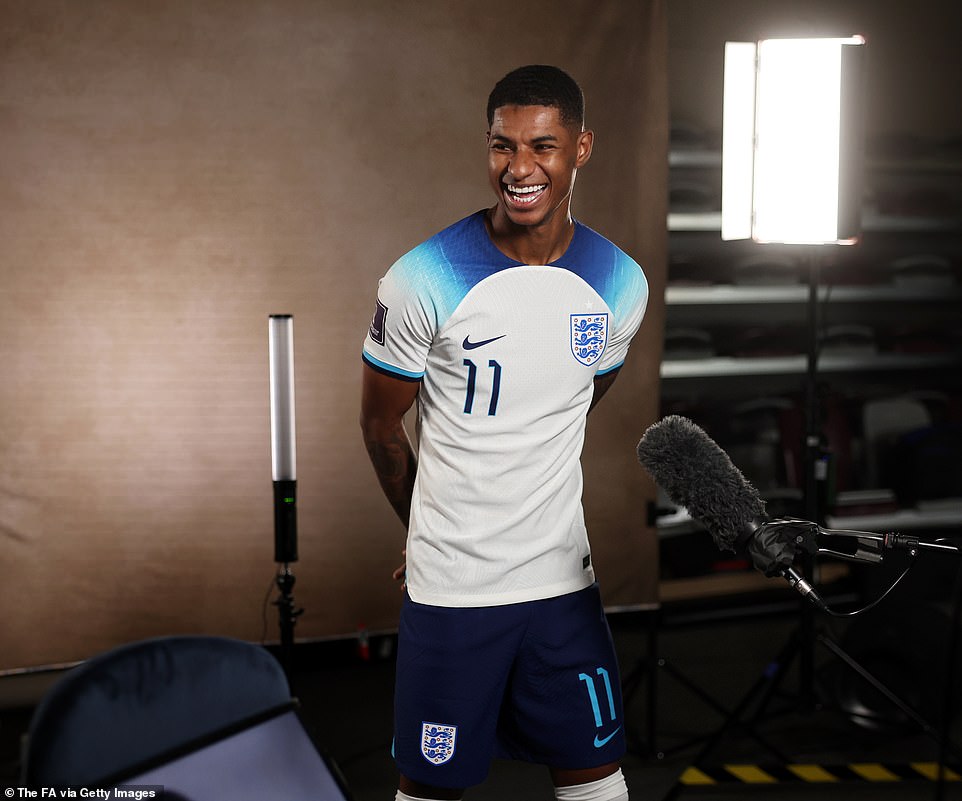 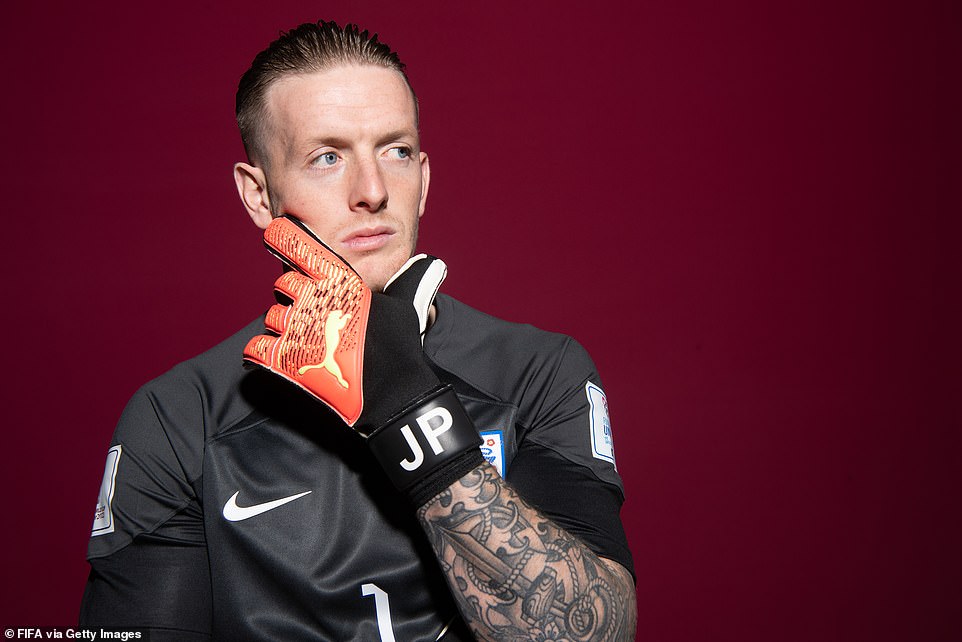 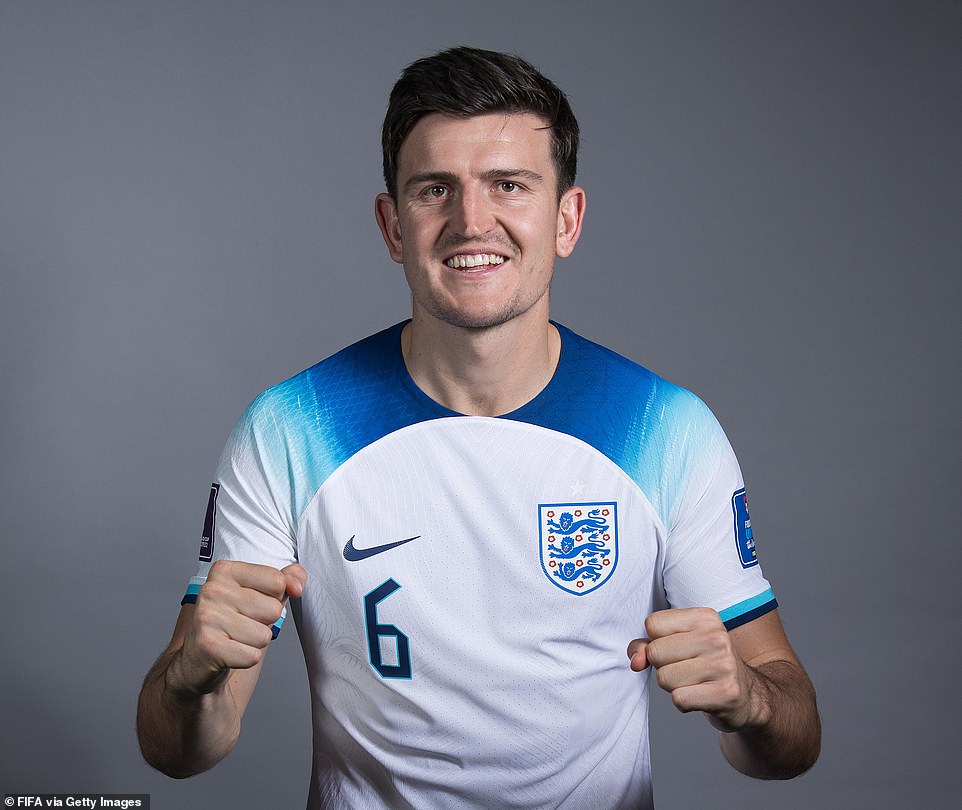 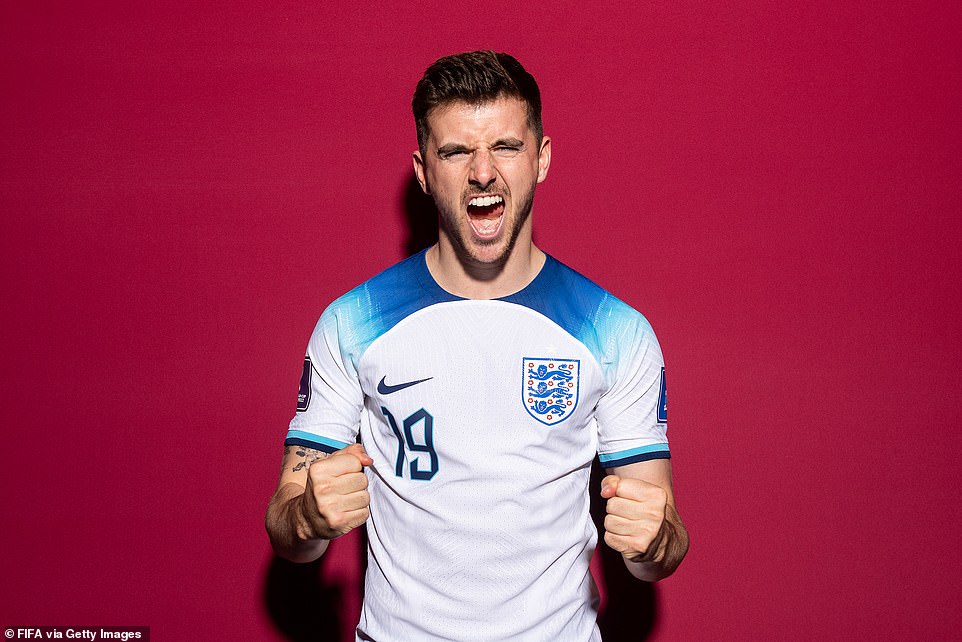 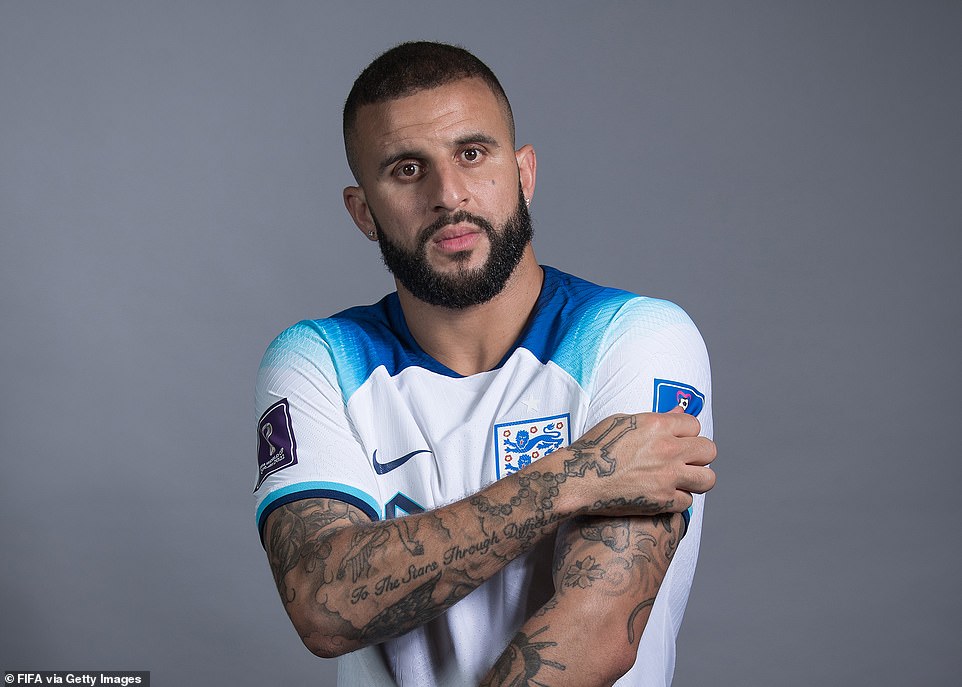 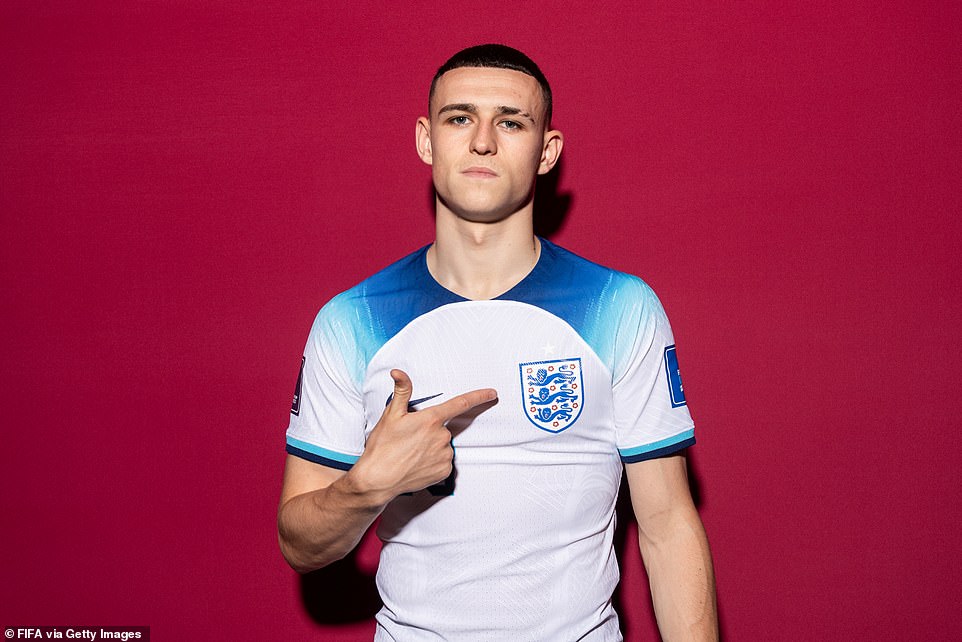 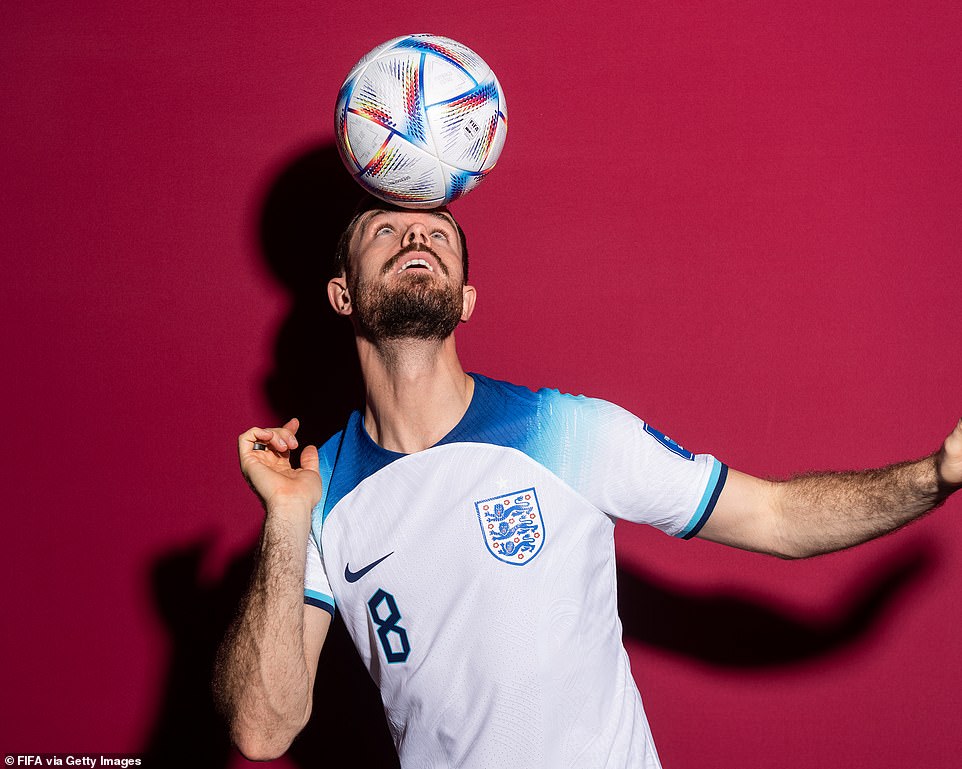 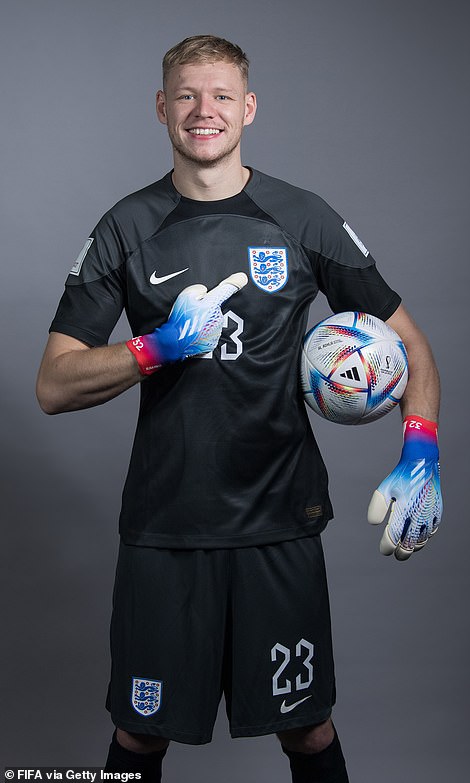 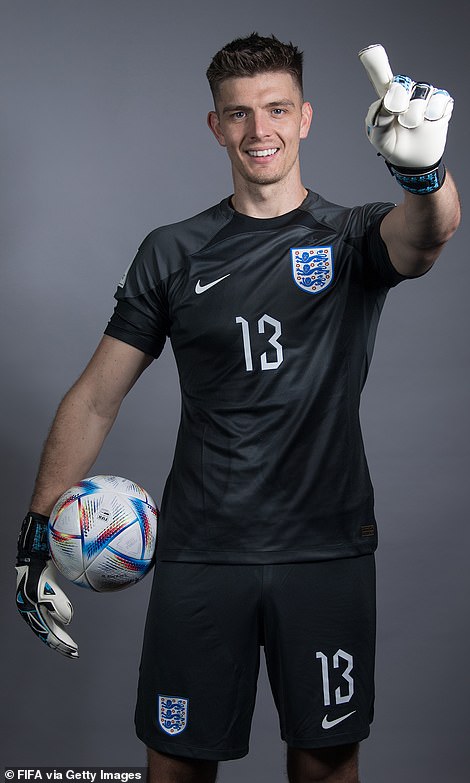 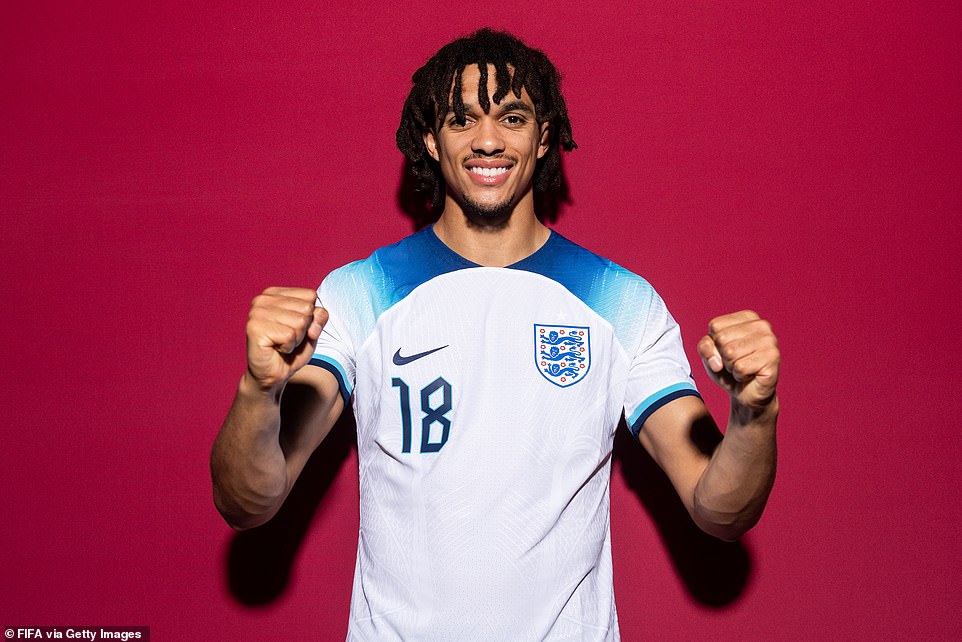 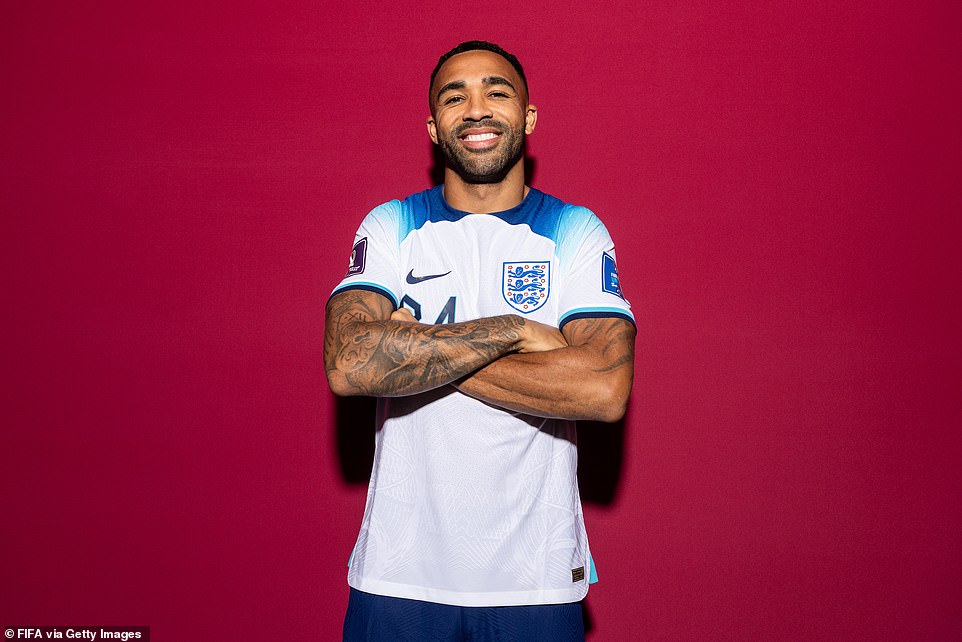 Striker Callum Wilson burst into the squad having enjoyed a fruitful campaign so far at Newcastle, who sit third in the league 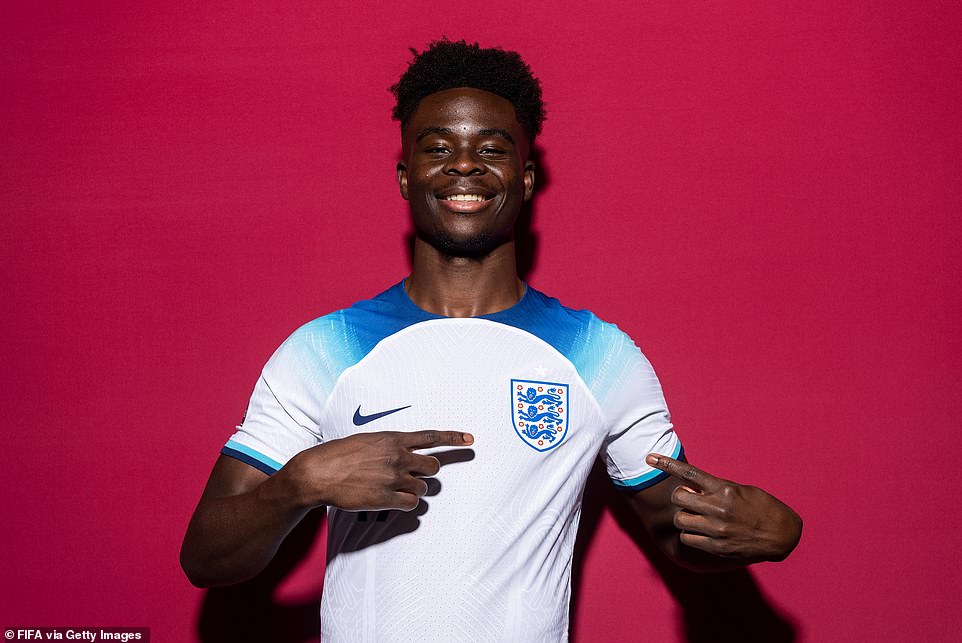 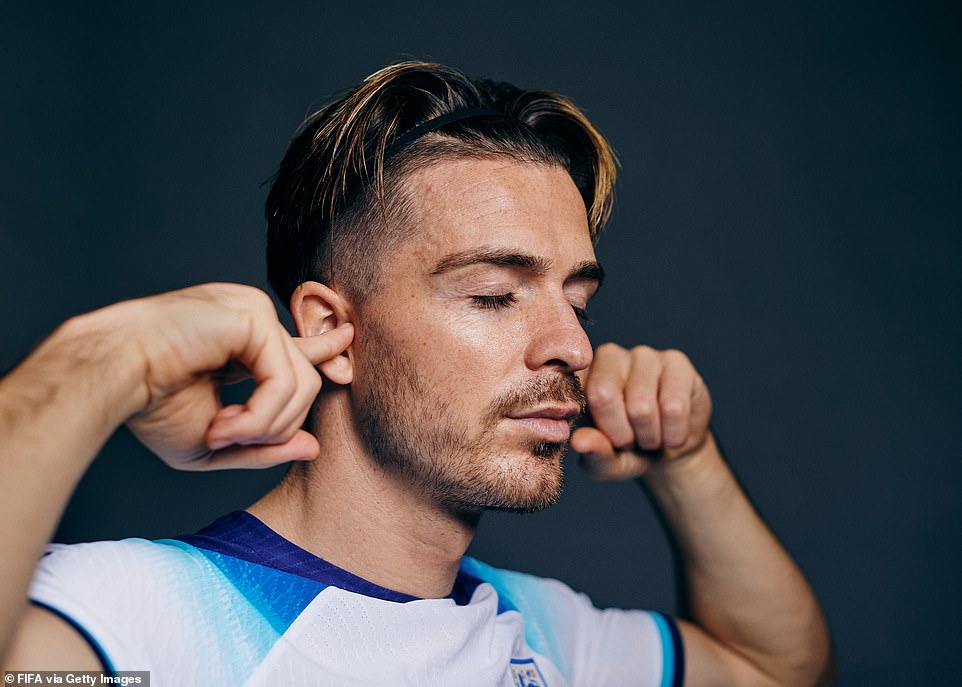 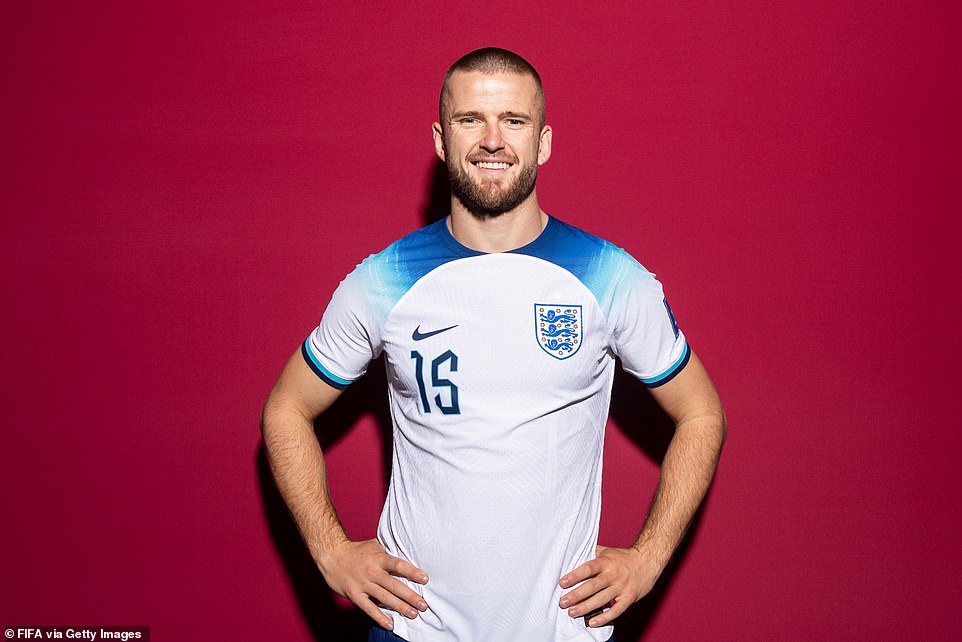 Tottenham defender Eric Dier, who played a key role for England at the 2018 World Cup, is back in Southgate’s 26-man squad 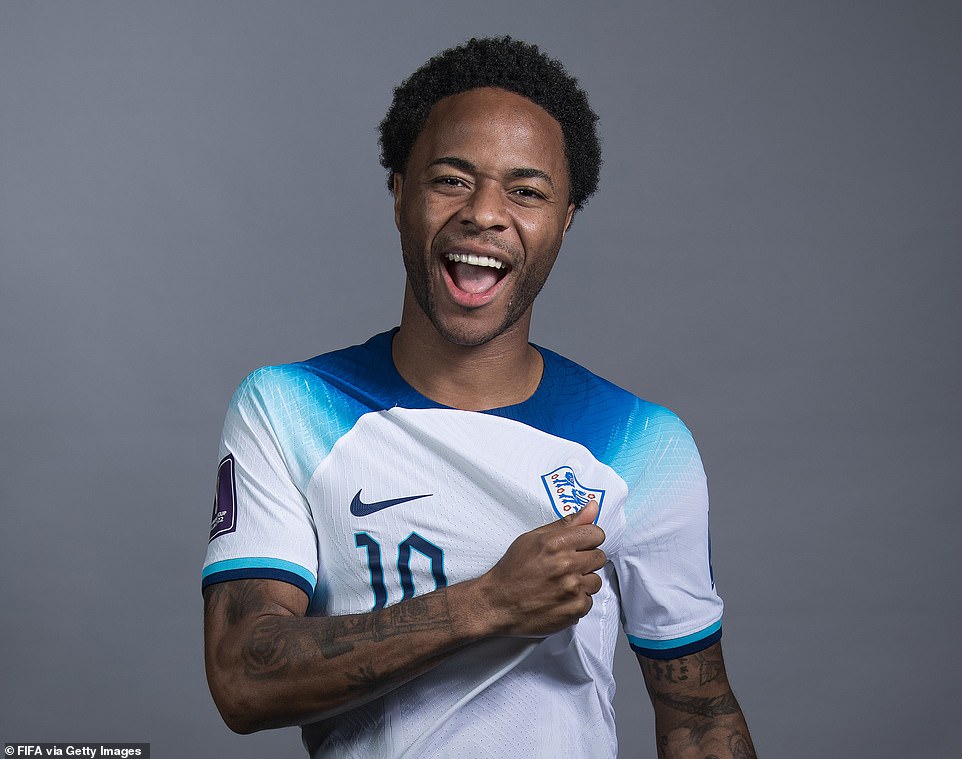 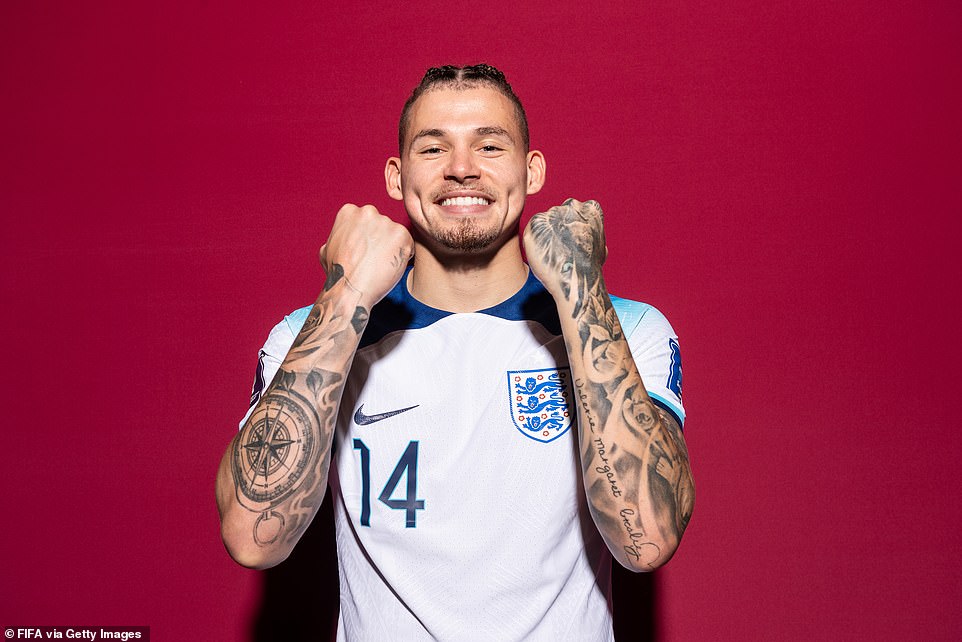 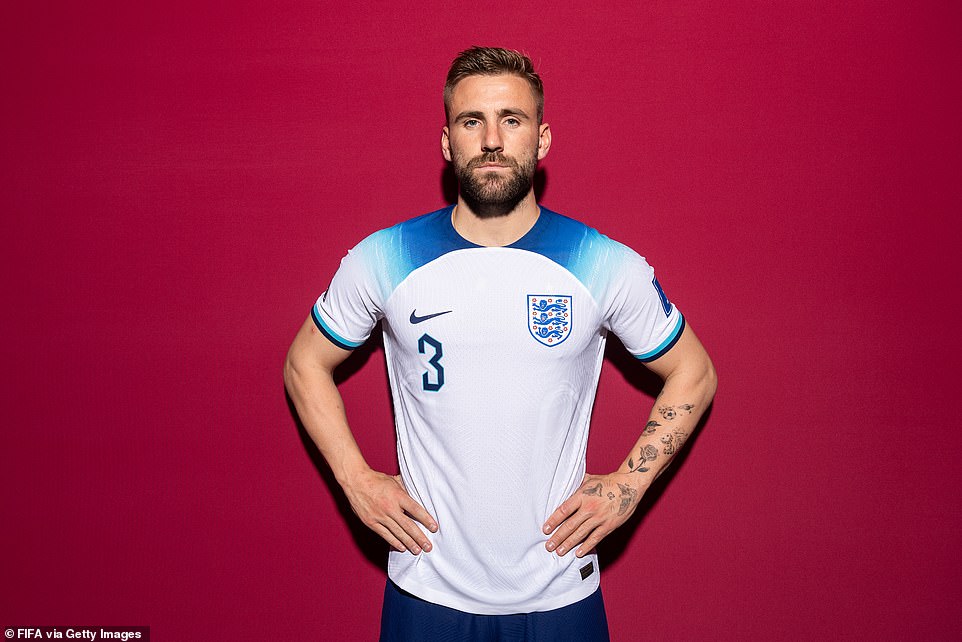 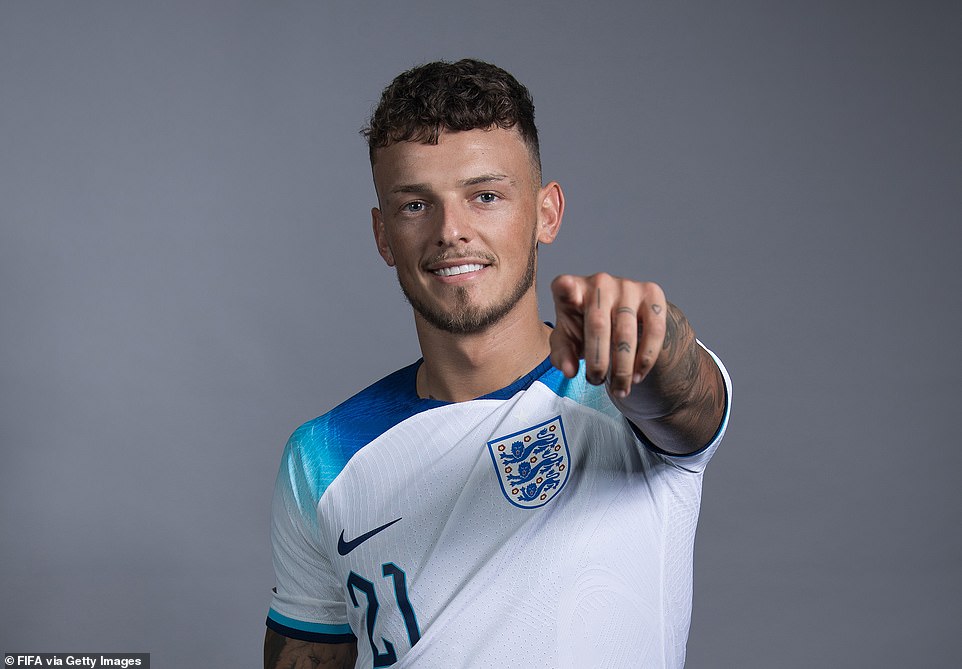 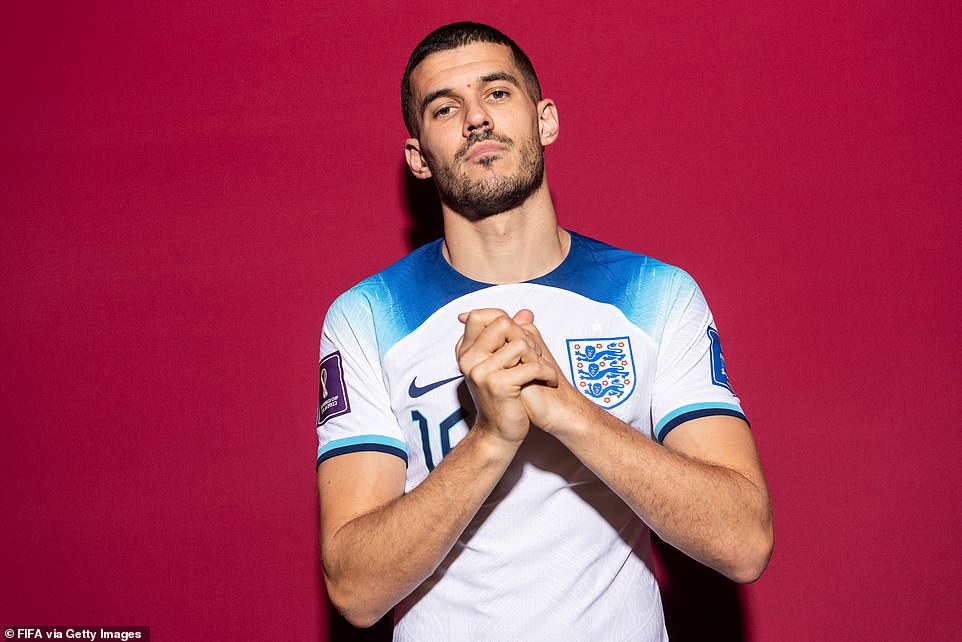 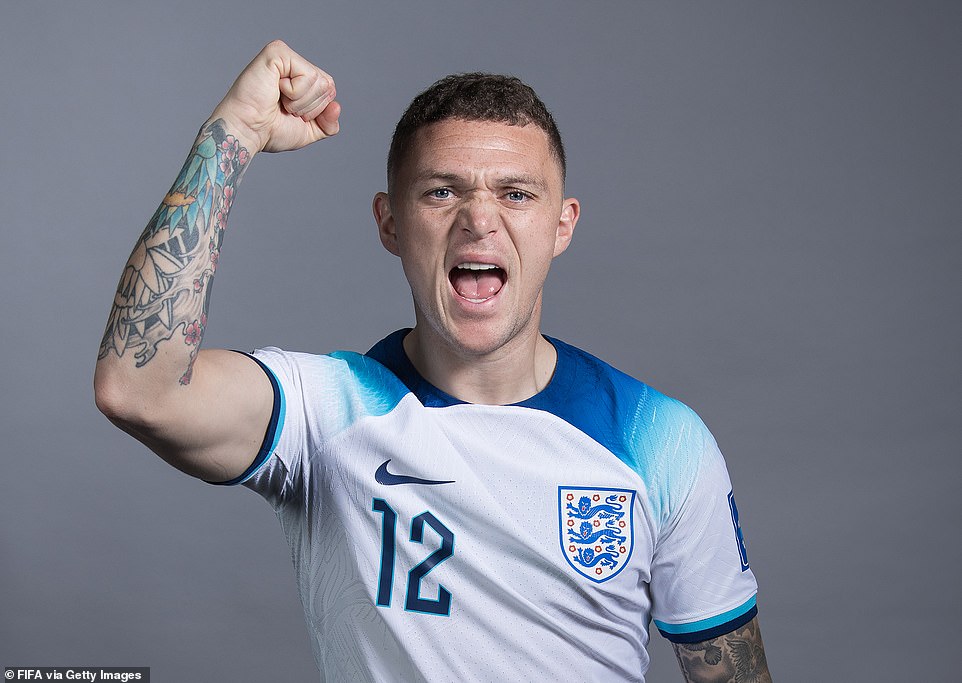 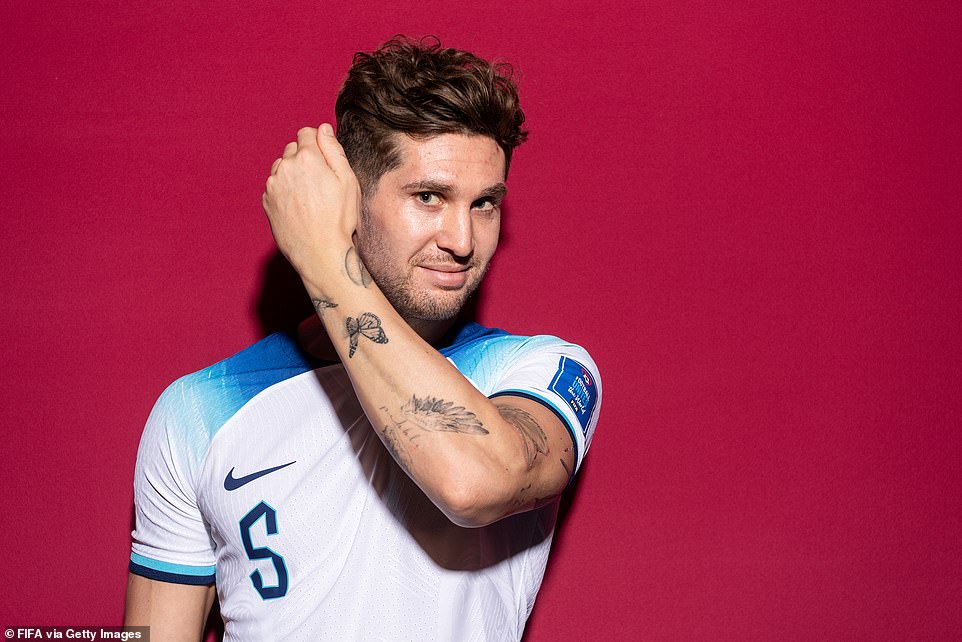 Manchester City centre-half John Stones, 28, sweeps back his hair as he prepares for another major tournament with England 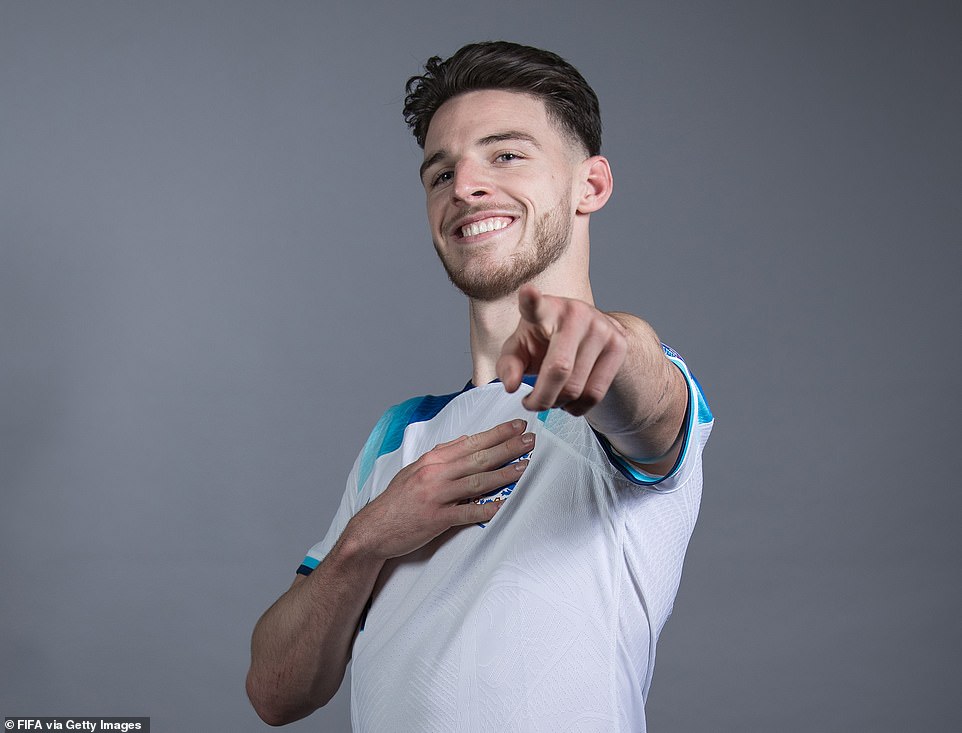 West Ham midfielder Declan Rice, 23, is set to be one of the first names on Southgate’s team sheet at the World Cup in Qatar 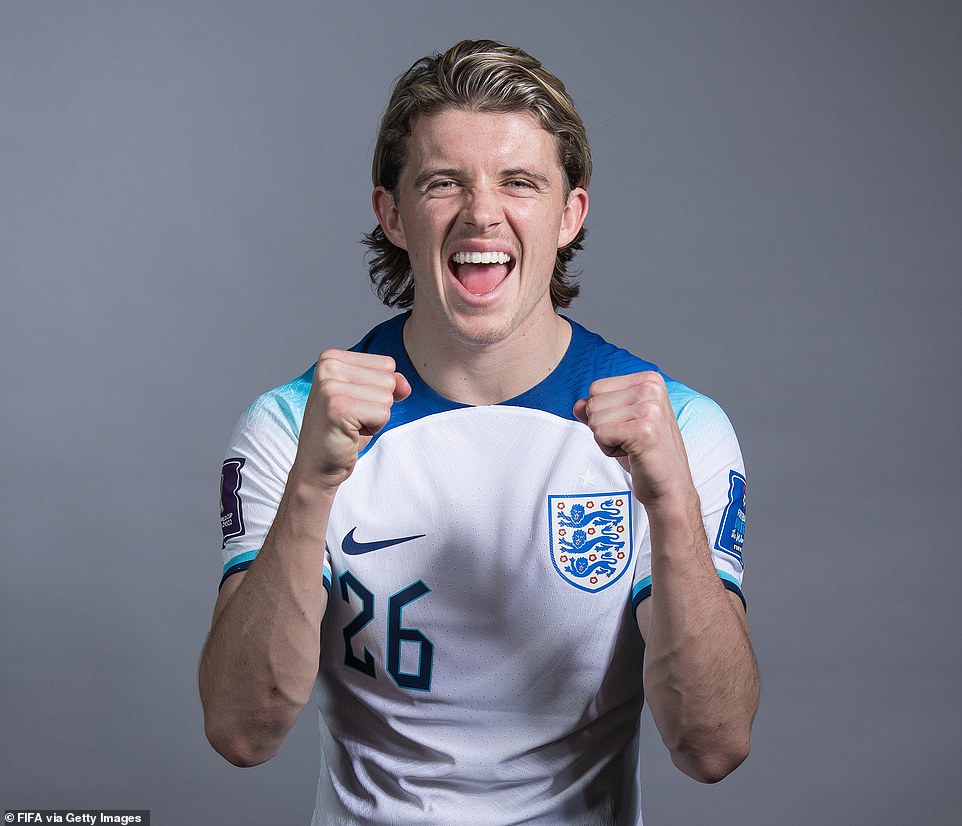