After Marcos Alonso had given Barcelona an early lead, Lahoz started to become more involved as the first half wore on, and he booked four players before the break.

As Espanyol searched for an equaliser, the atmosphere inside the stadium changed when Mateu Lahoz awarded the visitors a penalty, which Joselu converted to bring his side level. 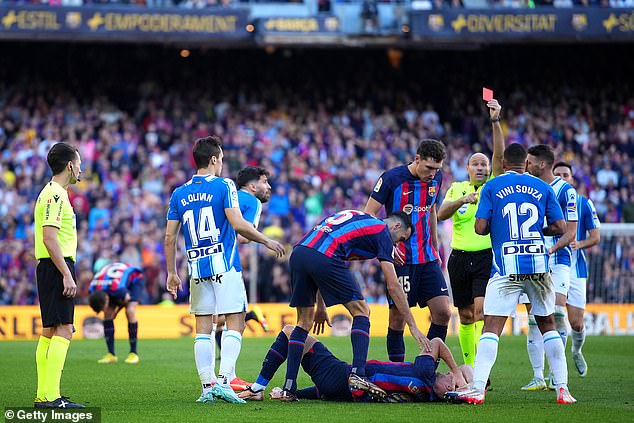 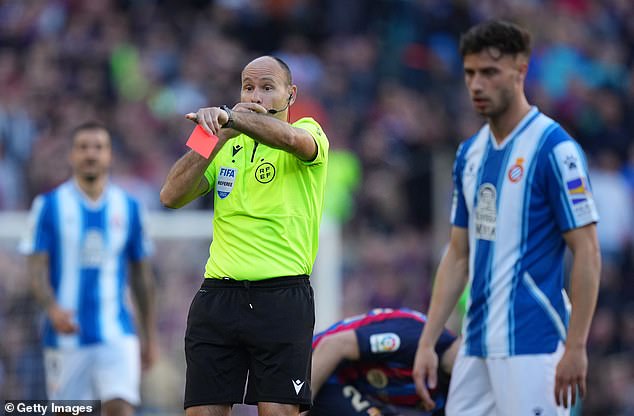 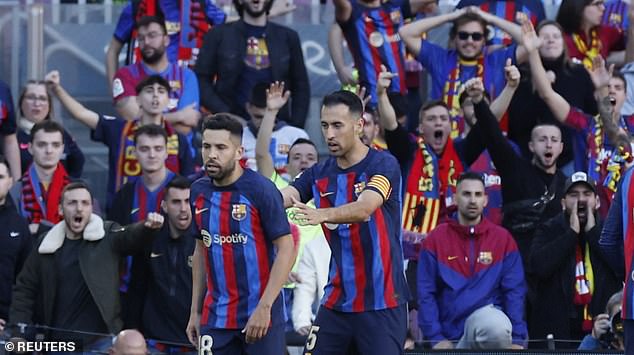 The animosity between the two teams ramped up after this controversial decision, leading to a chaotic period where Mateu Lahoz handed out five yellow cards and two red cards in the space of just six minutes.

Jordi Alba was the first player to be given his marching orders as he was given two yellow cards in the space of four minutes for his protests to Mateu Lahoz.

Espanyol’s Vinicius Souza was sent for an early shower two minutes later as both teams were reduced to 10 men.

Mateu Lahoz wasn’t done there, though. He also showed Souza’s team-mate Leandro Cabrera a red card after adjudging that the defender had deliberately caught Robert Lewandowski in the head with his boot. 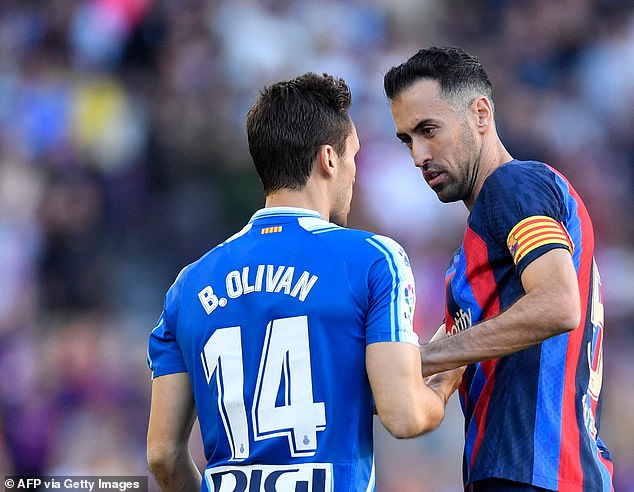 Tempers boiled over in the second half, and Mateu Lahoz struggled to gain control of the game

He was advised to consult the pitchside monitor by VAR, and subsequently rescinded the red card, having determined that the contact was accidental.

Tensions continued to run high in the final minutes of the game, and Mateu Lahoz decided to use his cards once more, booking Barcelona manager Xavi, and winger Raphinha, who was substituted in the second half for complaining about his decisions.

In total, Mateu Lahoz gave out 17 cards, although this was only one more than in his last match at the World Cup. 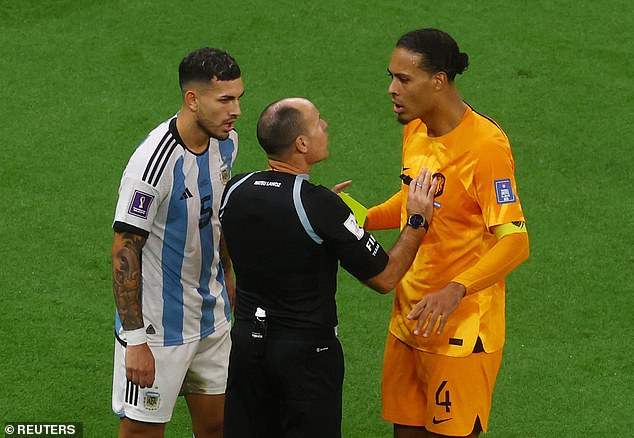 The 45-year-old took charge of Argentina’s quarter-final clash with Holland in Qatar, and struggled to gain control of the ill-tempered affair.

He ended up booking 15 players and sending off Denzel Dumfries after the penalty shootout as Argentina progressed following a dramatic contest.

Despite coming out on the winning side, Lionel Messi and Emiliano Martinez were both critical of Mateu Lahoz’s performance, and he was sent home from the tournament shortly afterwards.