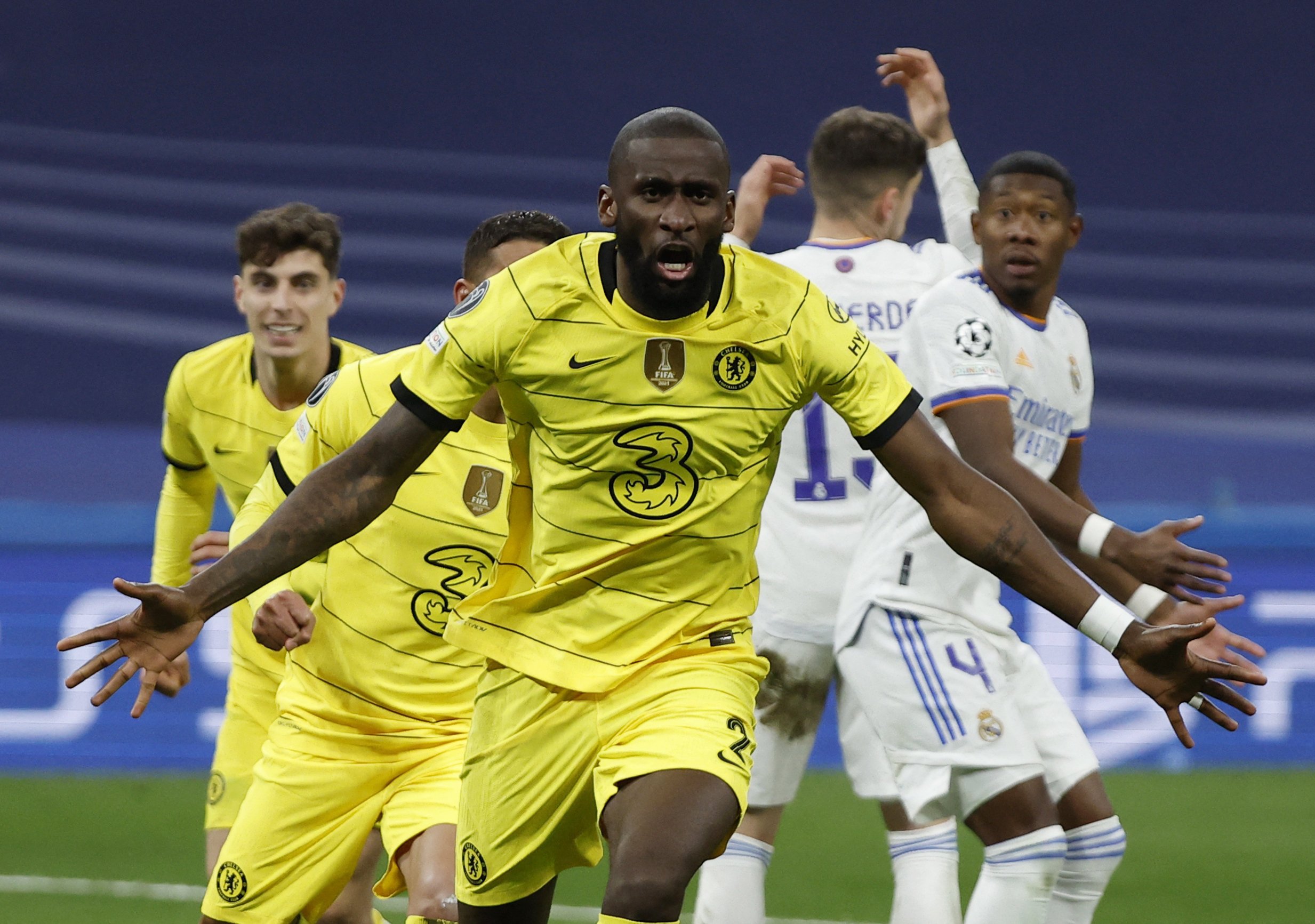 Real Madrid are interested in a move for Antonio Rudiger following his performances for Chelsea in their Champions League quarter-final this month, according to reports.

Rudiger’s current contract with Chelsea expires at the end of the season, which enables him to leave Stamford Bridge as a free agent this summer.

The Germany international is not short of interest, with Manchester United and Barcelona already holding talks with the defender’s agent.

According to ESPN, Madrid had initially ruled out a move for Rudiger this summer, despite the defender’s representative making an approach.

But Madrid’s stance has now changed after ‘club executives were wowed’ by Rudiger’s performances against them in the Champions League.

Rudiger was involved in an error alongside Edourard Mendy which allowed Karim Benzema to complete his hat-trick in Chelsea’s 3-1 defeat to Madrid in the first leg at Stamford Bridge.

But in the return fixture in the Spanish capital last week, Rudiger delivered an impressive performance and scored Chelsea’s second in their 3-2 win at the Bernabeu – although it wasn’t enough as Benzema’s extra-time goal booked Madrid’s place in the semi-final.

Speaking about Rudiger’s performance against Madrid at the Bernabeu, Thomas Tuchel said: ‘Toni was outstanding.

‘It was a world-class performance in all belongings. It is what he does on an extremely high level.

‘It is his mentality and focus, and leadership all combined. It is outstanding.

‘This is another example of what he can do after another. That’s it.’