Toni Kroos sent Real Madrid back to the top of La Liga with a goal and a goal line clearance against Rayo Vallecano.

He opened the scoring on 14 minutes but it was what he did in injury time that really tied up the points.

Oscar Valentin’s stumbling shot inside the six-yard box was bobbling in but Kroos whisked it away to safety to save Madrid from the sort of embarrassing comeback that Barcelona had suffered earlier in the day. 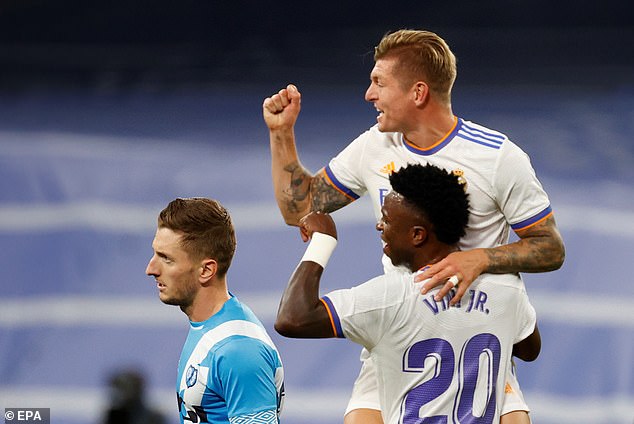 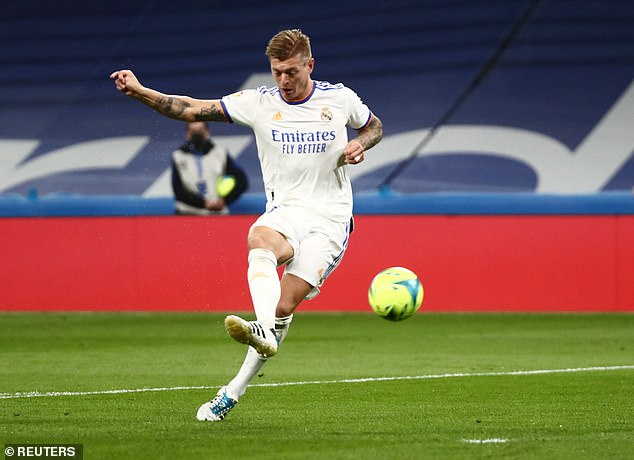 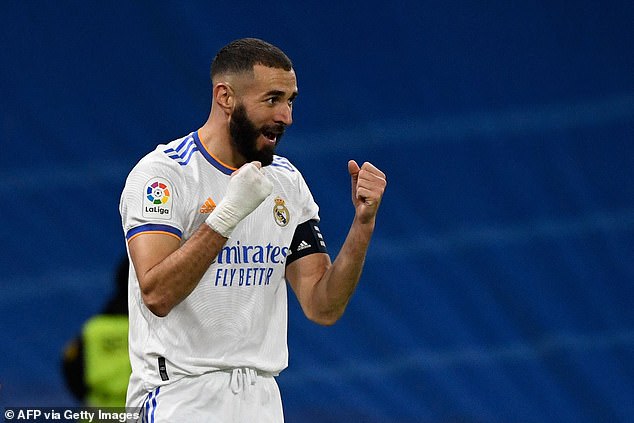 Madrid are now 10 points clear of Barcelona with only 12 games played.

They took the lead on 14 minutes when Kroos shot past Stole Dimitrievski after Vinicius and Asensio had combined to set him up. 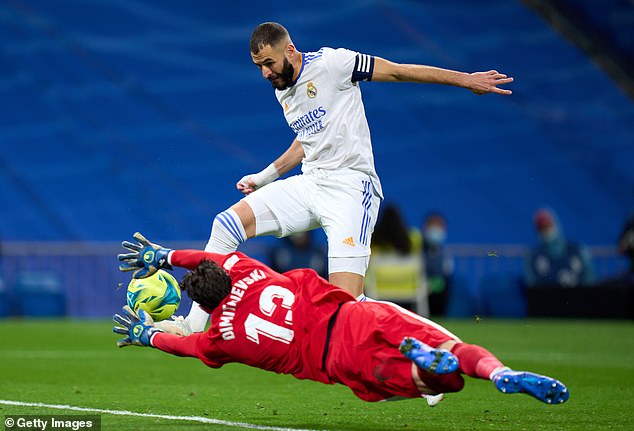 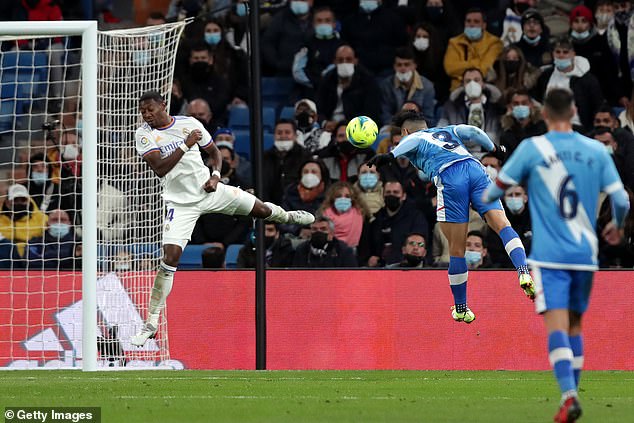 Karim Benzema scored the second seven minutes before the break when David Alaba crossed from the left and Dimitrievski and centre-back Alejandro Catena seemed to leave responsibility each to the other as the French striker finished unchallenged.

Madrid had several chances to extend their lead at the start of the second half. First a brilliant mazy run from Vinicius ended with Oscar Valentin blocking his shot and denying him what would have been his best goal yet in a Real Madrid shirt.

And if it had been a shame that Vinicius’s brilliance had not ended in a goal so the double back-heel assist for Karim Benzema deserved a finish on target.

Despite having failed to find the third Madrid were lulled into a false sense of security and when Rayo brought on veterans Bebe and Radamel Falcao they took a foothold back in the game.

First Bebe cantered forward and thumped the foot of Thibaut Courtois’ post with a shot from the edge of the area. And then they went one better and equalized.

Alavaro Garcia crossed from the left and Falcao managed to hang in the air for as long as the ball took to sail over Alaba’s head and nod it past Courtois.

It was practicaly his first touch and pretty much his last because in the next piece of action he went down injured and had to be taken off.

Carlo Ancelotti took Benzema off and so Madrid finished the game with substitute Eden Hazard playing at centre-forward. Madrid were living dangerously into injury time but Kroos had set them on their way and was determined to not lot the points slip – three more for the title challenge and two more than Barcelona had managed to pick up earlier Saturday. 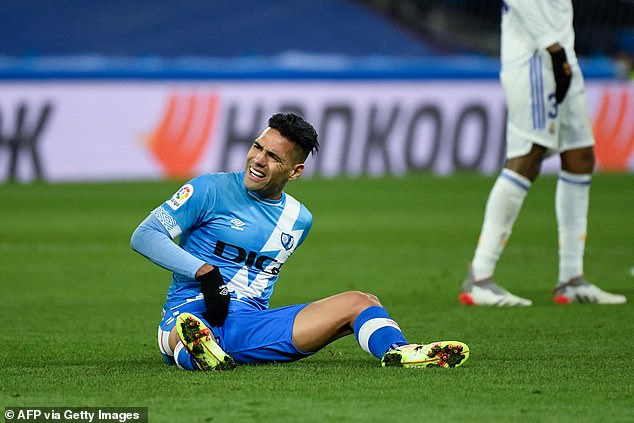 Falcao was only on the pitch for 12 minutes, with the 35-year-old having to go off injured 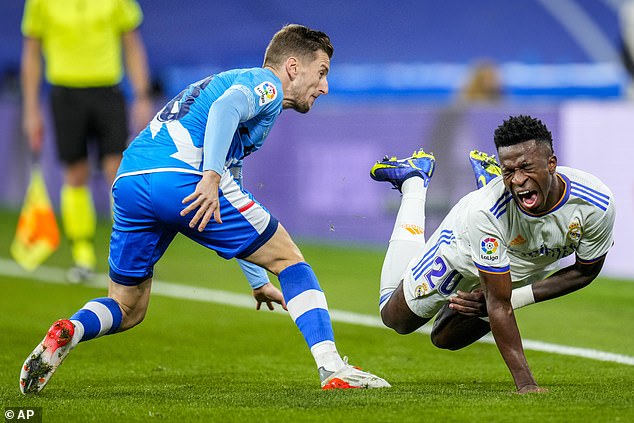