A 10-man Rangers side kept their cinch Premiership title hopes alive with a battling 3-1 win over Motherwell at Fir Park.

In a fixture brought forward 24 hours to help the Light Blues prepare for their Europa League semi-final against RB Leipzig on Thursday night, the much-changed visitors took the lead in 14 minutes, although it was unclear whether home keeper Liam Kelly had handled into his own net from a Connor Goldson header or whether Scott Wright got the last touch

Ibrox defender Leon Balogun was shown a straight red card by referee Nick Walsh in the 29th minute for a heavy tackle on Dean Cornelius before Well striker Ross Tierney levelled in the 35th minute. 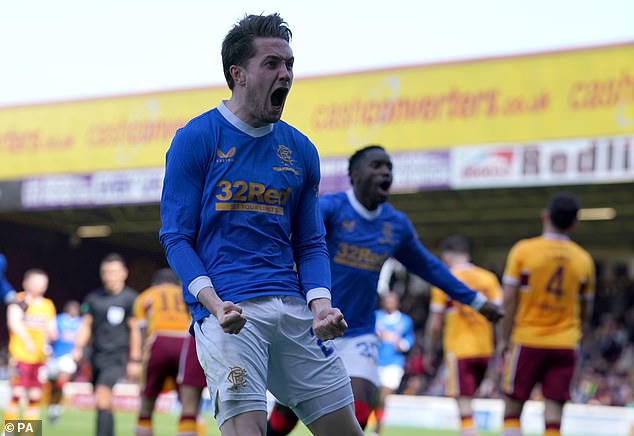 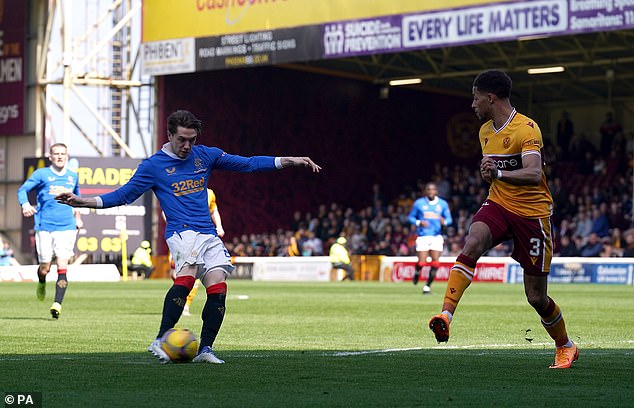 There was no doubt that it was Wright who drove in Rangers’ second two minutes into the second half before skipper James Tavernier scored a penalty just after the hour-mark to take the points back to Govan.

With four fixtures remaining for Rangers, Giovanni van Bronckhorst’s side are now three points behind leaders Celtic who play at Ross County on Sunday, ahead of the last Old Firm fixture of the season at Parkhead next week.

The focus now turns to this week’s Europa League semi-final first leg in Germany where the Rangers boss will have to come up with a plan which again does not include several of his key players. 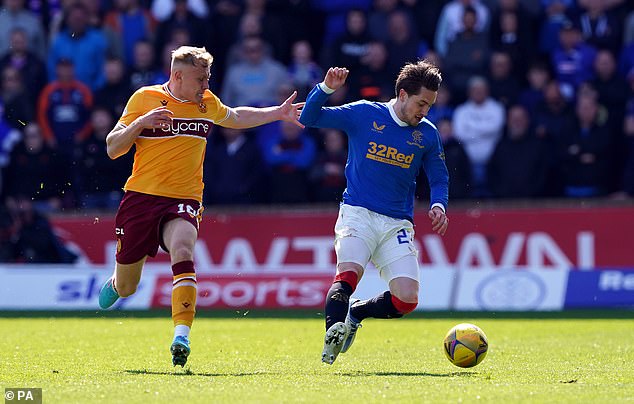 Kemar Roofe has joined fellow striker Alfredo Morelos on the sidelines due to a knee injury and midfielder Aaron Ramsey was also out with a hamstring complaint as Van Bronckhorst made eight changes from the side which started the 2-1 Scottish Cup semi-final win over Celtic last week.

Only Tavernier and fellow defenders Goldson and Borna Barisic kept their place as the visitors started with a front three of Wright, Fashion Sakala and on-loan Manchester United winger Amad Diallo. 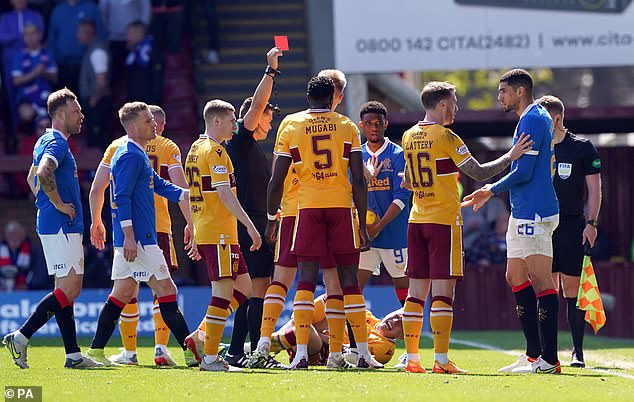 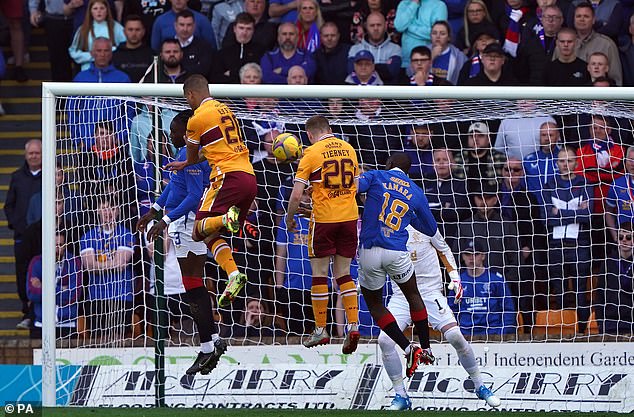 The first chance came for Rangers in the 11th minute and it should have resulted in a goal.

Sakala penetrated the Well defence and squared for Diallo 12 yards from goal but his shot was saved by Motherwell skipper Kelly for a corner.

The Steelmen defended the first delivery for another corner which Diallo and Tavernier worked short.

The Gers captain crossed to the back post where Goldson’s header was parried up into the air by Kelly and the ball was on its way over the line, with Wright there to make sure under pressure from Callum Slattery.

Minutes later, Gers keeper Allan McGregor saved a long-range effort from Slattery but that corner came to nothing. 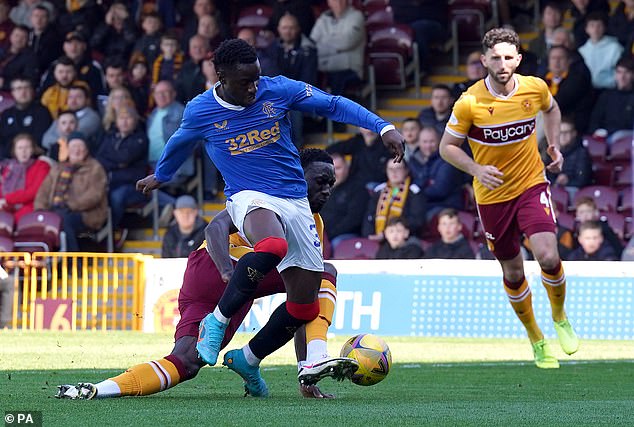 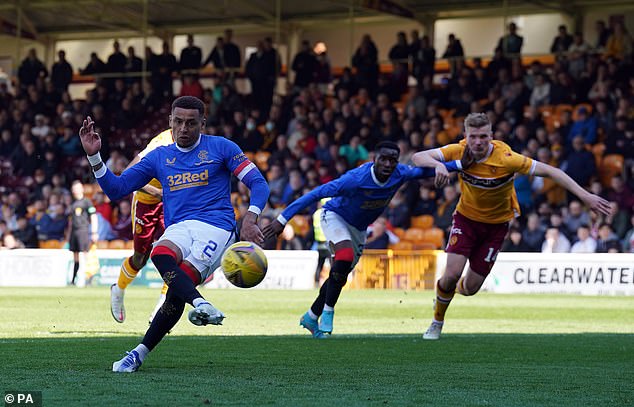 At the other end, Tavernier skimmed the far post with a drive from the edge of the box.

Then Balogun was sent packing for his overly-robust tackle on Cornelius on the touchline, with Calvin Bassey immediately replacing the luckless Diallo.

More trouble came for Rangers soon afterwards when a mistake by Bassey was eventually punished by Tierney when he headed in from eight yards from a Jake Carroll cross from deep on the left.

Referee Walsh pointed to the spot when Well defender Bevis Mugabe brought down the Zambia international in the box and Tavernier sent Kelly the wrong way with the spot-kick to give the Govan side some breathing space.

Kelly made a save from Sakala in an 82nd minute breakaway but by then the points were safe.