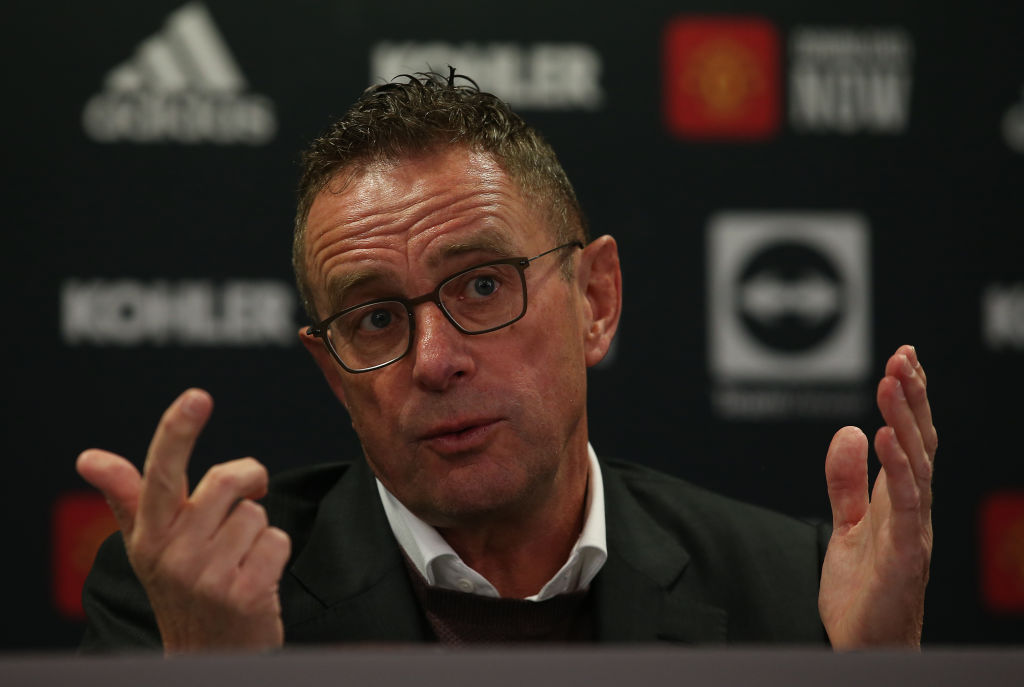 Newly-appointed Manchester United boss Ralf Rangnick has dampened expectations over the club spending big this winter, saying the January window is ‘not the best time for sustainable transfers’ from his experience.

Rangnick addressed the media for the first time this morning after leaving his directorial role at Lokomotiv Moscow to take over the reins at United on an interim basis until the end of the season.

The 63-year-old discussed a range of topics including Michael Carrick’s departure, his philosophy, Erling Haaland and United’s dramatic 3-2 victory over Arsenal the previous evening.

With the next transfer window opening in just under a month’s time, the subject of recruitment was also raised given the Red Devils currently find themselves languishing down in seventh place in the Premier League table.

The Old Trafford giants spent in excess of £130million on Cristiano Ronaldo, Jadon Sancho and Raphael Varane in the summer and Rangnick refused to rule out the possibility of ‘quality’ players being added to the squad.

But the German was keen to stress the ‘difficulty’ he has faced in the past when trying to strengthen midway through a season.

‘The squad is definitely not too small. There are enough players in the squad and maybe at Christmas, after Christmas, there will be a time to speak about possible transfers in the winter.

‘From my experience, winter is not the best time for sustainable transfers so with this quality of players that we have here it would in theory only make sense if you can get players who really guarantee you more quality.

‘As I said, from experience, this will be difficult in the winter.’

Rangnick watched on from the stands as United came from behind to beat Arsenal at the Theatre of Dreams last night.

The former RB Leipzig and Hoffenheim boss was pleased his new club were able to secure maximum points, but believes the performance proved there is plenty of room for improvement over the coming weeks and months.

‘To gain control on games in the future it’s got to do with playing proactively, no matter if we have the ball ourselves or if the other team is in possession of the ball,’ Rangnick added.

‘It’s about helping the team to play together, it’s about togetherness, it’s about team spirit and we saw it yesterday.

‘If we compare the two halves it was completely different and having had these unique fans behind us, this will help and also help the team to gain confidence and we could see it in the second half.

‘This is obviously not easy and I cannot do that within one or two training sessions, not even in one of two weeks. It’s not about playing pressing or counter-pressing for the pressing kind of sake, but it’s about control. This is the major target.’

Rangnick will be in the dugout at Old Trafford for the first time this weekend when United play host to Crystal Palace in the Premier League.

He takes charge with the side languishing down in seventh place in the English top flight, 12 points adrift of league leaders Chelsea.