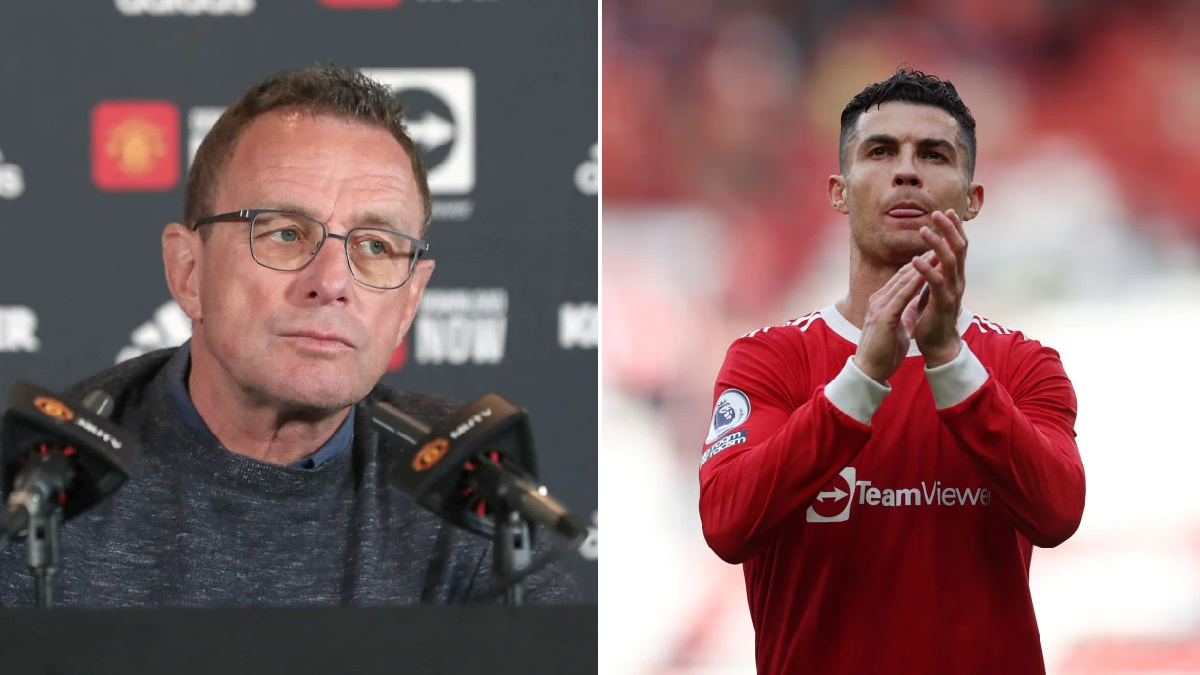 Red Devils top goalscorer Ronaldo took his tally for the season to 23 with a superb strike in the draw against Chelsea, cancelling out Marcos Alonso’s strike to earn United a point.

Ronaldo signed a two-year contract when he returned to Manchester United last summer but the Portugal legend has been linked with a move away from the club, with some pundits suggesting he could fall victim to Ten Hag’s demanding style of play.

Rangnick, who hopes to remain at Old Trafford next season in a consultancy role, says there needs to be a conversation with Ronaldo about his future, with United unlikely to be in the Champions League in Ten Hag’s first campaign at the club.

Asked about Ronaldo’s future after the Chelsea fixture, Rangnick said: ‘This is something that we should speak about between Erik and the board and myself. Cristiano has another year of contract.

‘It is also important to find out what he wants, if he wants to stay.’

In a separate interview with Sky Sports, the interim manager added: ‘In the end, it’s both Erik’s and also Cris’s decision what they want to do.

‘It is not for me to speak about that but, today, the performance of Cris was really great.’

Rangnick played down suggestions his Manchester United side are too reliant on Ronaldo, who has scored eight of the club’s last nine goals in the league, but insisted he expects to see a couple of new strikers arrive through the doors this summer.

‘We have to still be fair with the players,’ he said. ‘We had quite a few other players scoring goals.

‘I remember, in my first 10 games, we had 10 different goalscorers. It is how many opportunities can we create and how many goalscorers.

‘Right now, we very much rely on Cristiano, he also showed a good performance when Chelsea were in possession. But there has to be a focus on bringing in a couple of new strikers for sure.’

Manchester United’s draw with Chelsea leaves them sixth in the Premier League, five points behind fourth-placed Arsenal with three games to play. Mikel Arteta’s Gunners not only have a five-point advantage over United, but also two games in hand.