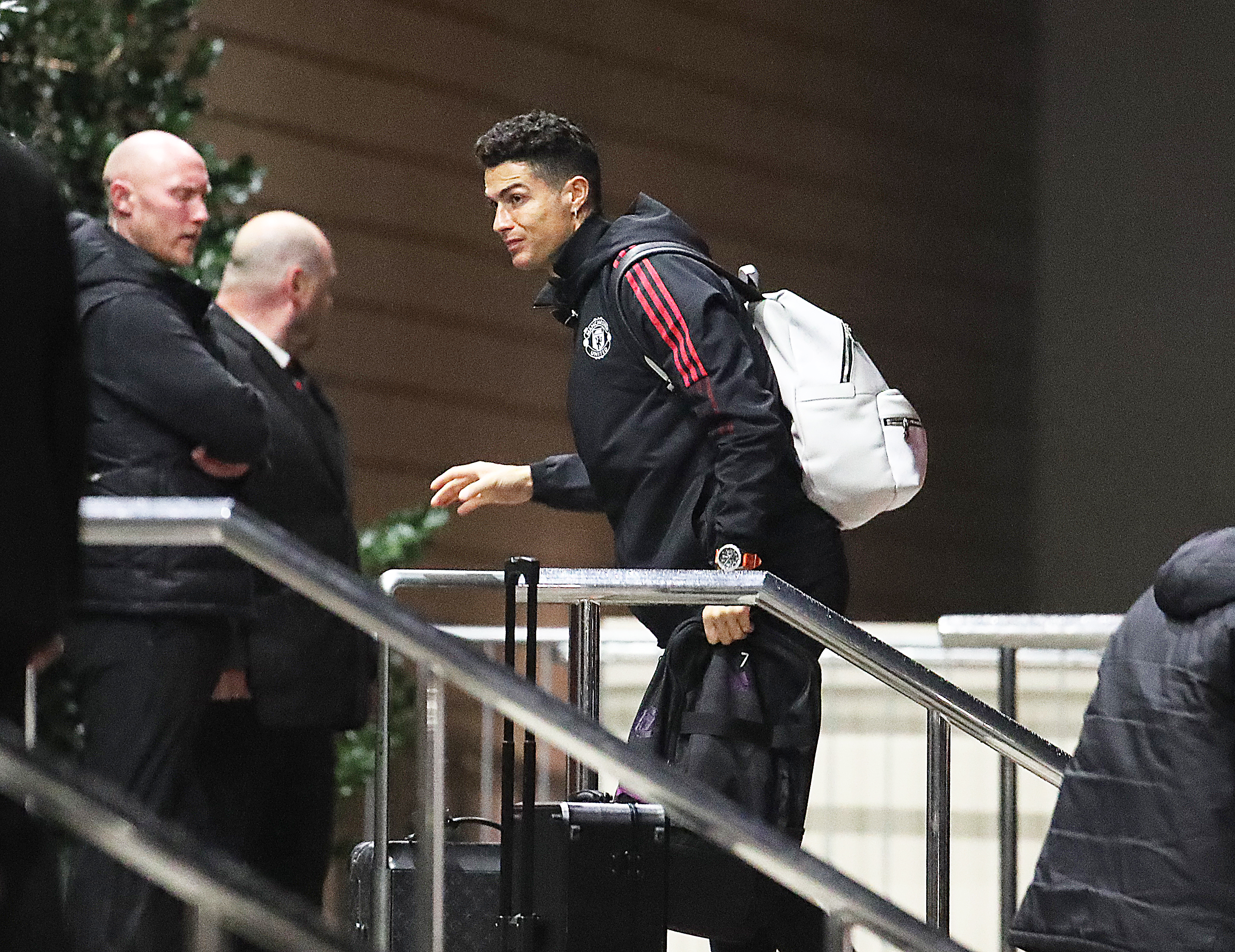 The German is set to take charge of his new team for the first time after he watched Thursday’s 3-2 win over Arsenal at Old Trafford from the stands.

Rangnick would have been concerned after watched United’s matchwinner, Ronaldo, hobble off during the closing stages after scoring the decisive goal from the penalty spot.

The 36-year-old gave an indication that he will be fit enough to feature tomorrow after joining up with the rest of his teammates at the Lowry Hotel on Saturday evening, while he also hinted he was ‘ready’ with a post on his Instagram stories.

Speaking at his unveiling on Friday, meanwhile, Rangnick emphatically dismissed the suggestion that Ronaldo would be ill-suited to the high energy, pressing style he intends to implement.

‘You always have to adapt your style or your idea of football to the players you have available, not vice versa,’ Rangnick said.

‘Having seen Cristiano yesterday in the second half [against Arsenal], at the age of 36, amazing, top professional, at his age I’ve never seen a player who is still that physically fit.

‘He is still a player who can easily make the difference. It’s about how can we develop the whole team, it’s not only about Cristiano.

‘We play in the most competitive league in the world, so we need all the players on board.

‘What I saw from Cristiano yesterday, he’s more than willing to do that, to put his input into the team and the other teammates will have to do the same.’