Ralf Rangnick has called on Manchester United’s ‘underdogs’ to go for victory at Anfield on Tuesday night, admitting his team must win most of their final six games to snatch fourth place in the Premier League.

Liverpool are on course for an historic Quadruple and won 5-0 in the reverse fixture at Old Trafford in October.

But Rangnick believes United have no choice but to try and win the game as they battle Arsenal and Tottenham for fourth place. 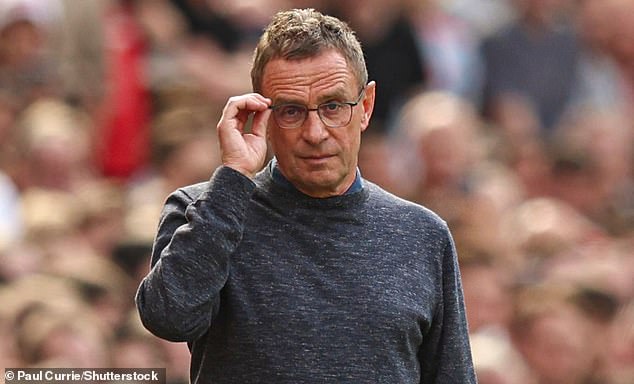 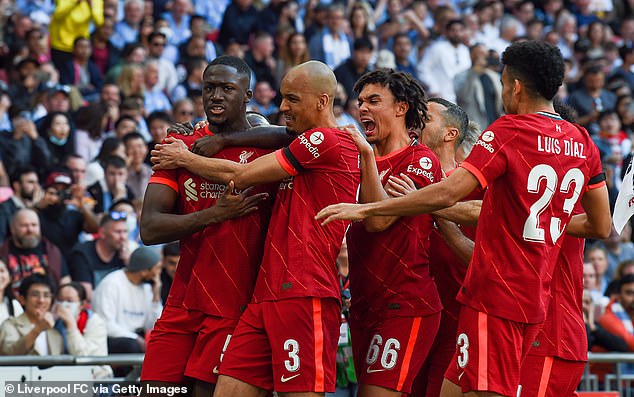 They face the Gunners and Chelsea in the next two games after Liverpool.

‘It’s up to us,’ said Rangnick. ‘We definitely will travel there tomorrow and try and get three points, this is what it’s all about. It’s about our situation.

‘After the results we are still in the race for fourth, but to stay in it we have to win almost every game.

‘We might be the underdogs for most people but if we raise our level we have a chance. 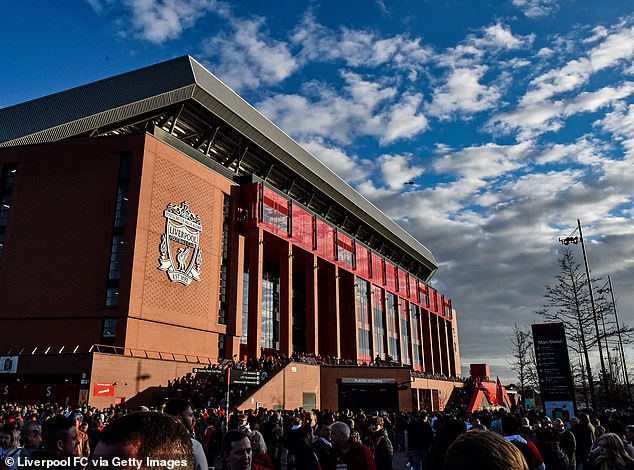 United must win almost every game to remain in the top four battle, starting at Anfield 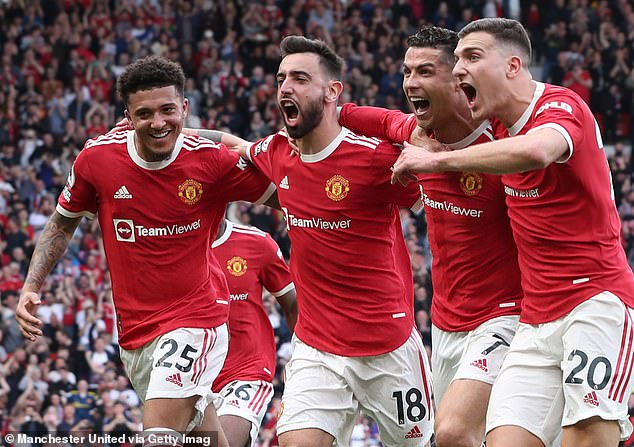 ‘You can see other teams are dropping points at the weekend. It’s again about being consistent and at the end the team will probably finish fourth that is most committed to that.

‘We need to be more compact and find a better balance of what we can do in possession of the ball.

‘We need to be more aggressive, more on the front foot but make sure we have all the players behind the ball.

‘This is what we need to show against one of the best teams in producing chances and creating moments around the box. We need to be on our very best defensively.’