It took a whole lot of patience and perseverance but finally Nottingham Forest earned the point they deserved.

We had just entered stoppage time, with the visitors getting increasingly desperate, when the ball fell invitingly for Jack Colback to strike it from range.

It was a clean enough hit but needed a crucial deflection off Jimmy Dunne to fool keeper Seny Dieng. 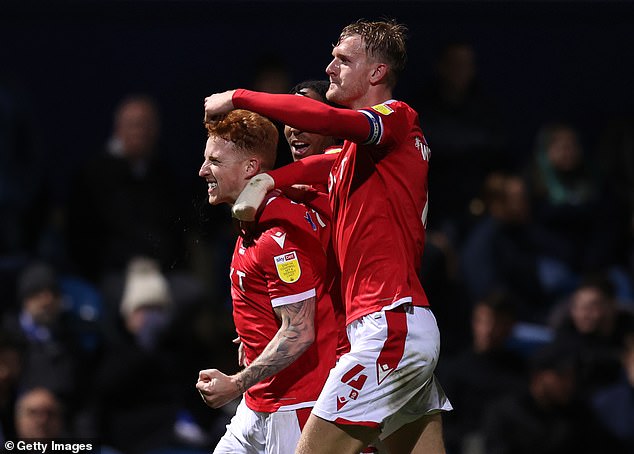 Really, it was as much as Forest merited. They’d dominated the first-half but somehow found themselves trailing to an emphatic header by Lyndon Dykes.

Forest only showed their best in glimpses after the break but you’d find it hard to begrudge them a point.

The way they battled to the end was another clear indication of how Steve Cooper has returned them to an upward trajectory.

QPR battled well but succumbed right at the death and who knows if those two dropped points will ultimately prove costly in the promotion race they will surely be involved in.

The 2,885 Forest fans who packed the double-decker away end here certainly couldn’t pick fault with a dominant first-half performance from their side. The only issue was the scoreline.

The tone was set inside the first 20 seconds when Brennan Johnson shot wide after Rangers surrendered possession pretty much from the kick-off. 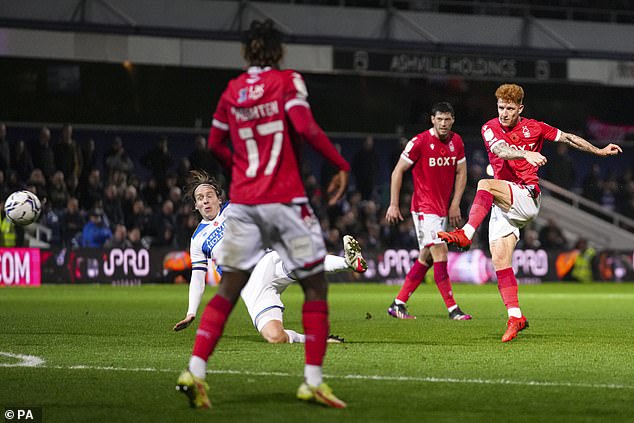 20-year-old academy graduate Johnson certainly carried a threat, as did Joe Lolley and his wickedly swerving left-footed strike from the edge of the box had to be palmed away by Seny Dieng.

Johnson also wriggled free down the right before his low cross was pushed out by Dieng and had to be hacked away under pressure by Albert Adomah, his clearance a little too close to the goal for comfort.

There were also two valid Forest penalty shouts, both of which are waved away by referee Andy Davies.

The first one, on 15 minutes, looked the more likely when Yoann Barbet shoulder barged into Johnson and then may or may not have nudged him to the ground. 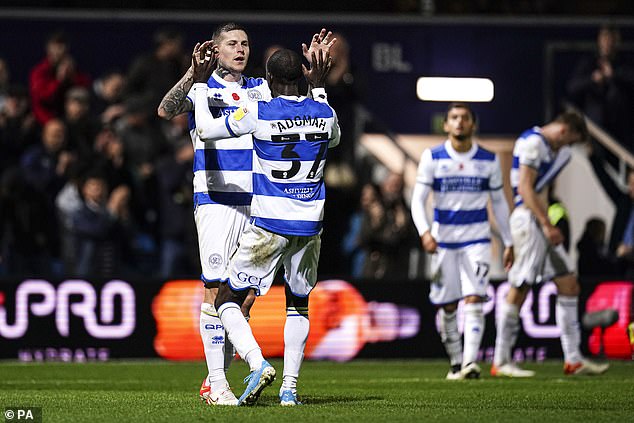 The second one was a more innocuous tussle for the ball between Adomah and Djed Spence.

QPR had only played 72 hours earlier, losing to Sunderland on penalties in the Carabao Cup, and despite a handful of changes by Mark Warburton, they looked sluggish.

Their cause wasn’t helped by injuries to two players, Sam McCallum and Jordy De Wijs, during the first 35 minutes.

The hosts had been thoroughly second-best throughout the opening half and so, such is football, they stole the lead in the fifth of six minutes of stoppage time.

The goal owed everything to the trickery of Adomah – serenaded with chants of ‘you used to play for a big club’ from the Forest fans – who spun sharply inside the box to fool Spence. 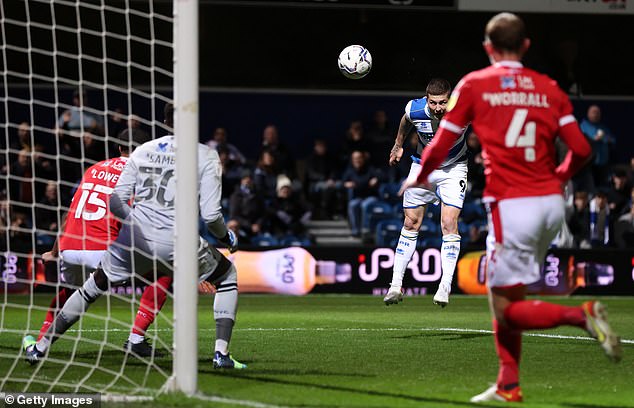 His cross from the byline was inviting for Dykes, who peeled away nicely from his marker Max Lowe and rose unopposed to power home a header from six yards out.

How Forest responded to that sucker punch would serve as a good litmus test of progress made under Cooper. 10 minutes after the restart, having absorbed a spell of home pressure, Johnson stormed down the left before firing into the side-netting.

Lolley then drove right-to-left along the edge of the Rangers box and let fly left-footed, missing the target by a fraction.

It was much the same pattern as the first-half but QPR retained a threat on the counter. Samba made a vital block when Dykes was sent clear on goal by Ilias Chair as they looked to grab a second.

A brilliant slide tackle block by Spence then denied Dykes a certain goal after Stefan Johansen played him through again. As it turned out, it would prove costly.