Paris Saint-Germain right-back Achraf Hakimi was booed as he entered the pitch against Israeli side Maccabi Haifa in the Champions League on Wednesday night. The defender has been a vocal advocate of Palestinian rights on his social media platforms.

The former Inter Milan star came on as a substitute for summer signing Nordi Mukiele and was met with a deafening chorus of boos. The 23-year-old touched both of his ears in what appeared to be a response.

Hakimi had openly shown his support of Palestinian rights on his Twitter over the last few years, sharing the #FreePalestine. In May 2021, he also shared a video of the Sheikh Jarrah neighbourhood being evicted by the Israeli government.

The fullback has been booed previously for his stance, receiving the same hostile reception every time he touched the ball when PSG played FC Nantes earlier this year. The match – Trophee des Champions – was hosted in Tel Aviv, Israel. 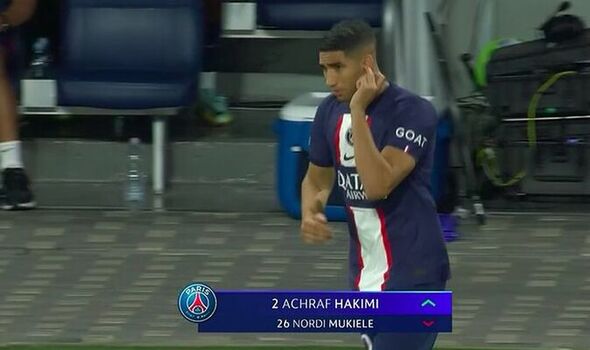 PSG were victorious on the night against Maccabi Haifa, coming from behind to win 3-1. The Israeli Premier League table-topper side did take a shock lead in the 24th minute at the Sammy Ofer Stadium, with Tjaronn Chery poking a smart volley past Gianluigi Donnarumma to send the home crowd into a frenzy.

But just 12 minutes later, Lionel Messi levelled the match after linking up well with Kylian Mbappe. The Argentine then returned the favour in the 69th minute by slipping through Mbappe to slot home. Neymar then ensured that all three points were going back with his side to France when smashing home in the 88th minute to ensure that PSG’s powerful strike force were all on the scoresheet. 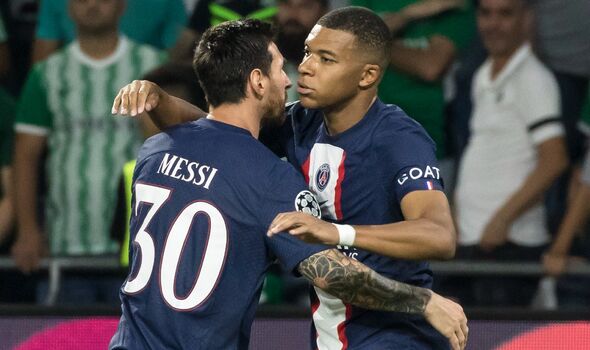 Despite the emphatic late rally, Parisians boss Christophe Galtier was not overly pleased with his side’s display, telling RMC Sport: “We had two or three big situations in the first period, and they had some too; they pushed hard in what was a big atmosphere. We were not well organised, and we were quickly cut in two. It made for a very difficult first period. We had to rectify things and after the break, we were much more compact.

“The opponents are always of very good quality in the Champions League. We had to react after the first period which was average, especially on a tactical level. We were cut open, our team block was low, and Maccabi pushed high. From the moment the front three went down to get back in the block, we were better. It was not a question of lack of effort, but a question of poor analysis of the pressure between our midfielders and our attacking trio.”