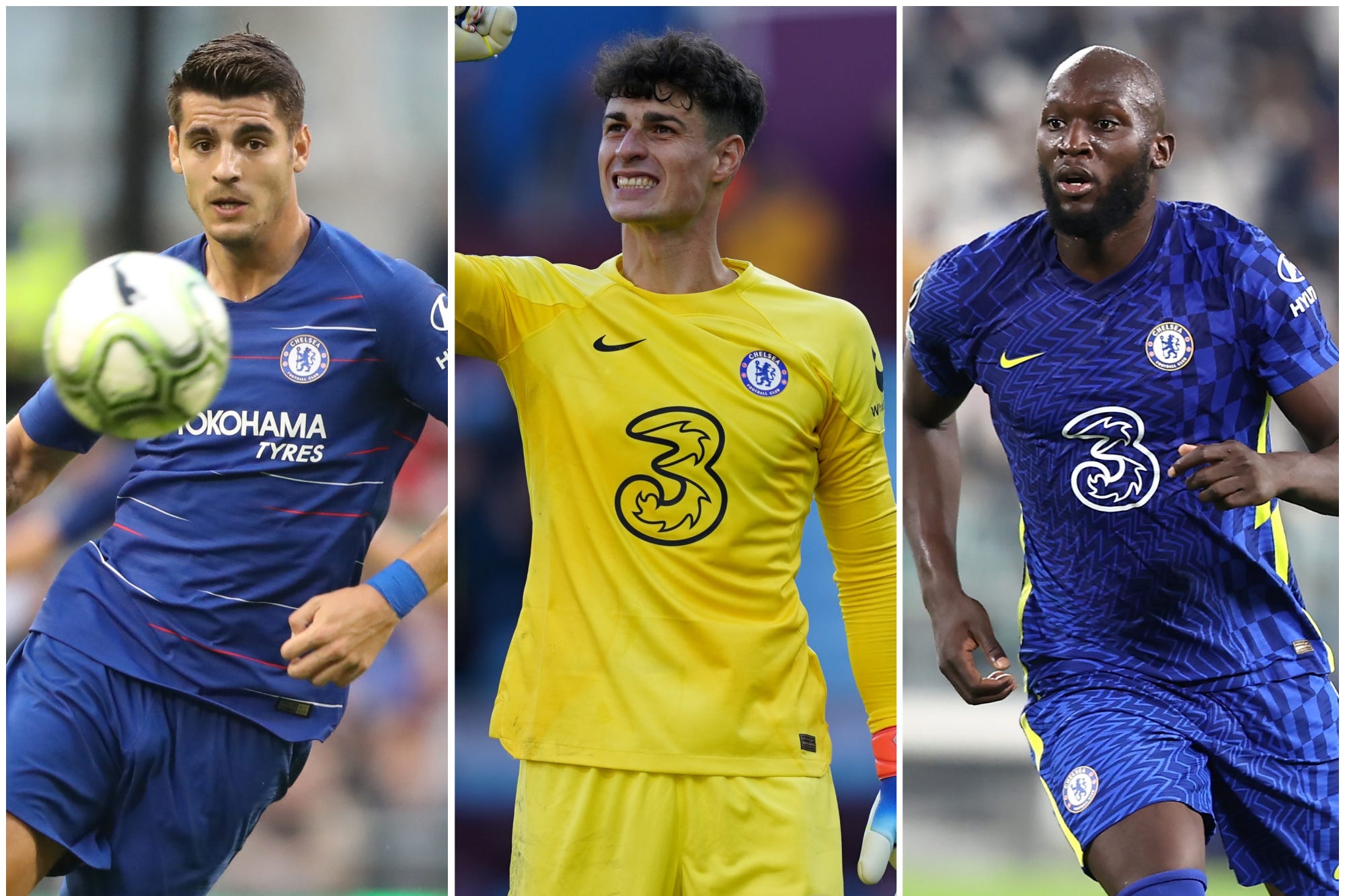 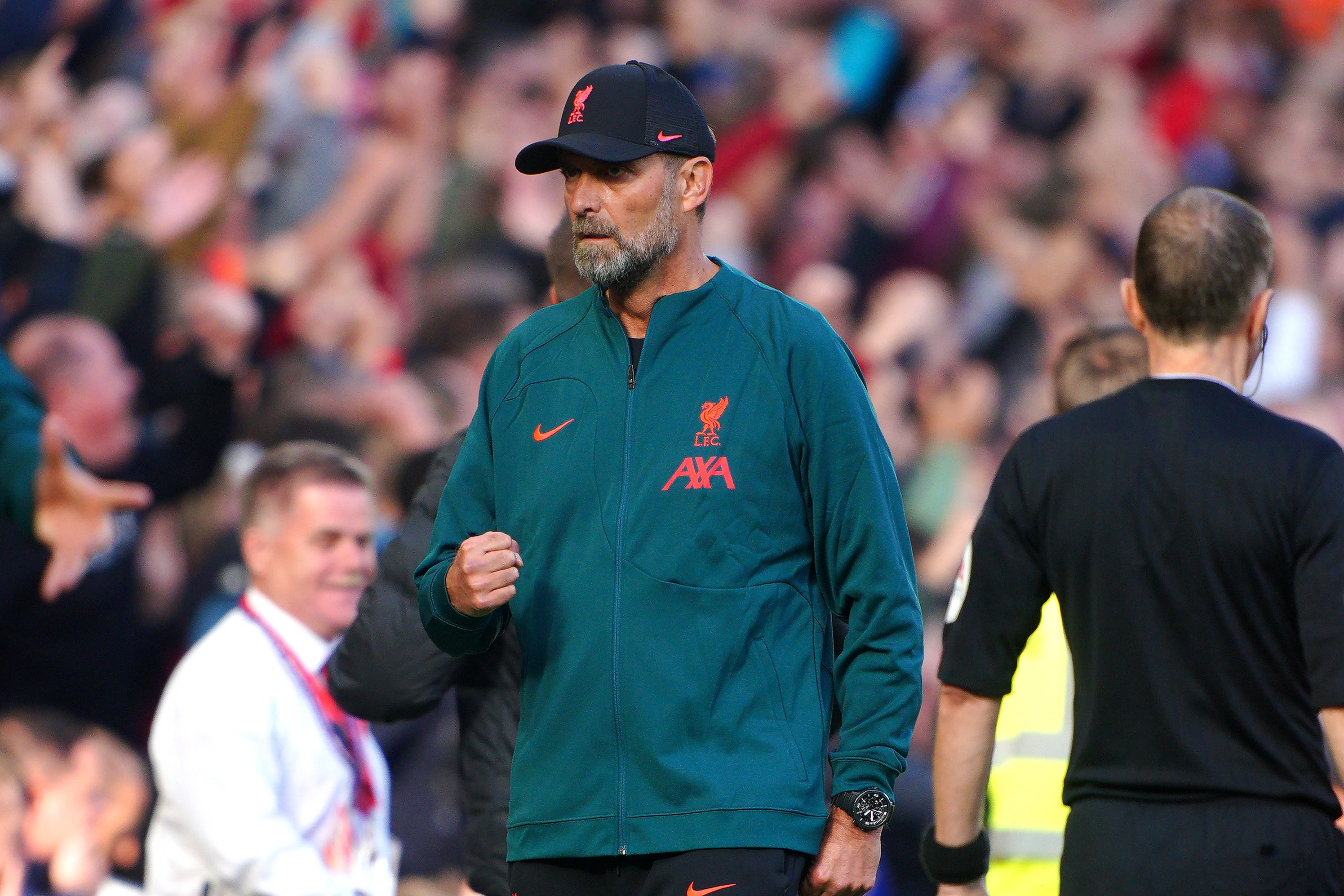 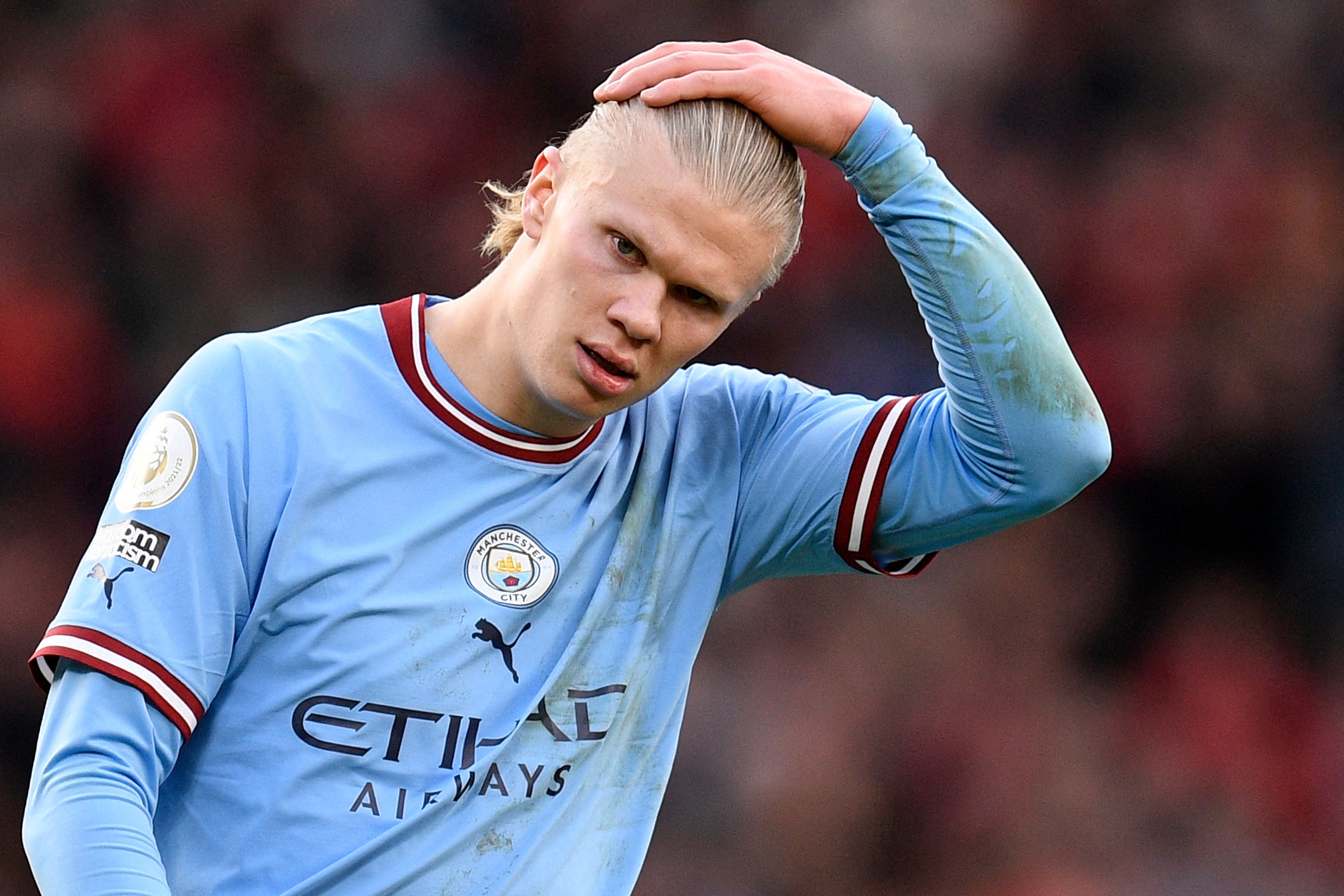 Alisson, Liverpool: Keeping Liverpool in games as others crumble around him.

Kieran Trippier, Newcastle: Immense quality from out wide and defending soundly too, a revelation under Eddie Howe.

Sven Botman, Newcastle: Has flourished since joining and adapted immediately to the league, just edges out teammate Fabian Schär.

William Saliba, Arsenal: A bonus “signing” for Mikel Arteta after three loan spells to France, immediately becoming a rock at the back for the Gunners.

Oleksandr Zinchenko, Arsenal: A shrewd move from Arteta last summer to bring in a player whose tactical intelligence, versatility and winner’s mentality have helped shape the Gunners into title contenders. 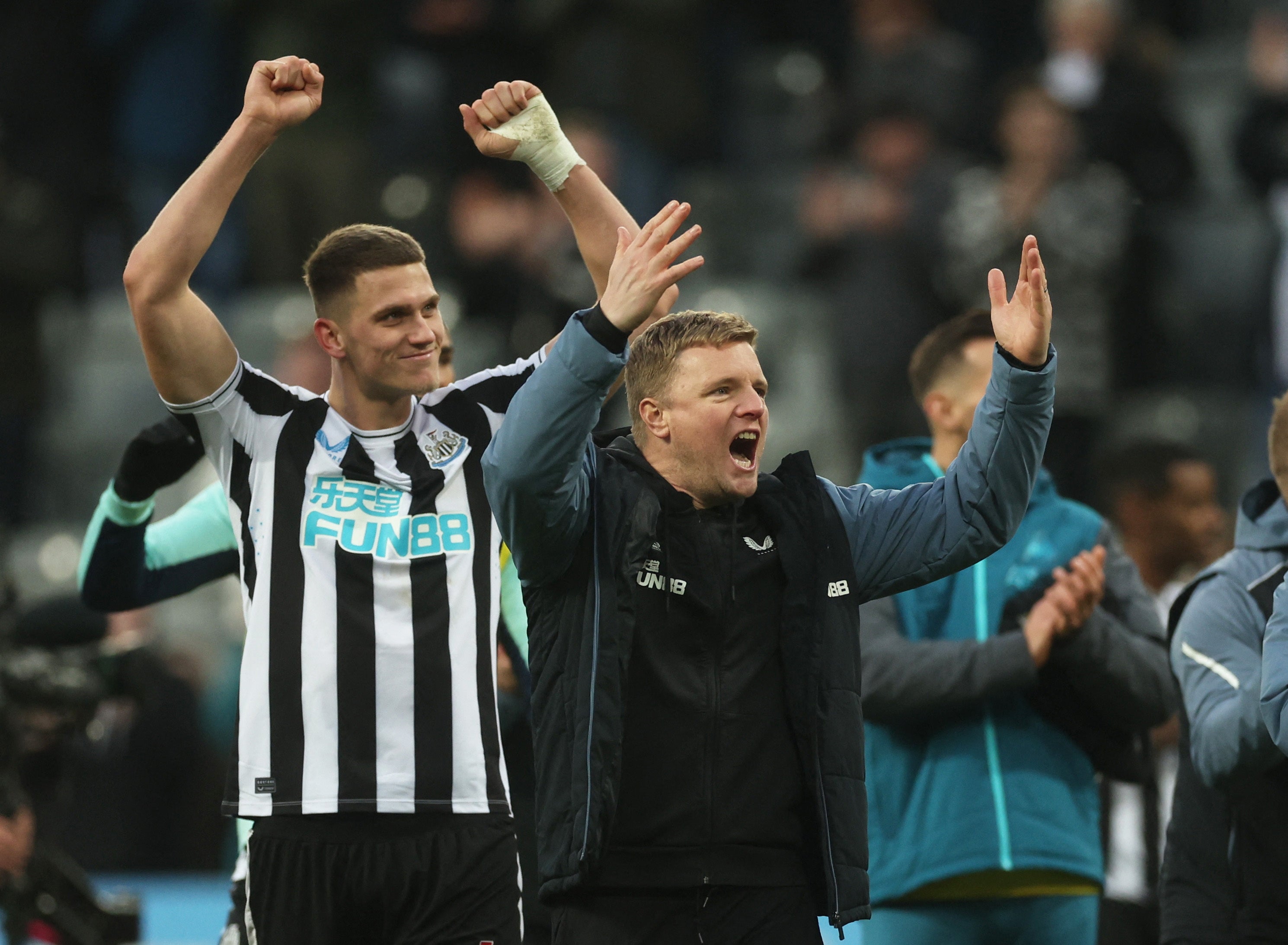 Casemiro, Manchester United: An expensive investment but now a cornerstone for Erik ten Hag’s revolution at Old Trafford. Tenacious as ever but with room to flourish on the ball and in the final third, including a crucial stoppage-time equaliser at Chelsea.

Alexis Mac Allister, Brighton: Revitalised in a deeper position at Brighton before his vital role in Argentina’s World Cup success, a brilliant little player capable of threading balls into the final third and setting the tempo for the Seagulls.

Martin Odegaard, Arsenal: Magnificent and thriving as Arsenal’s captain, wonderful balance while carrying the ball and vision to pick a pass. Has taken his goalscoring to the next level. 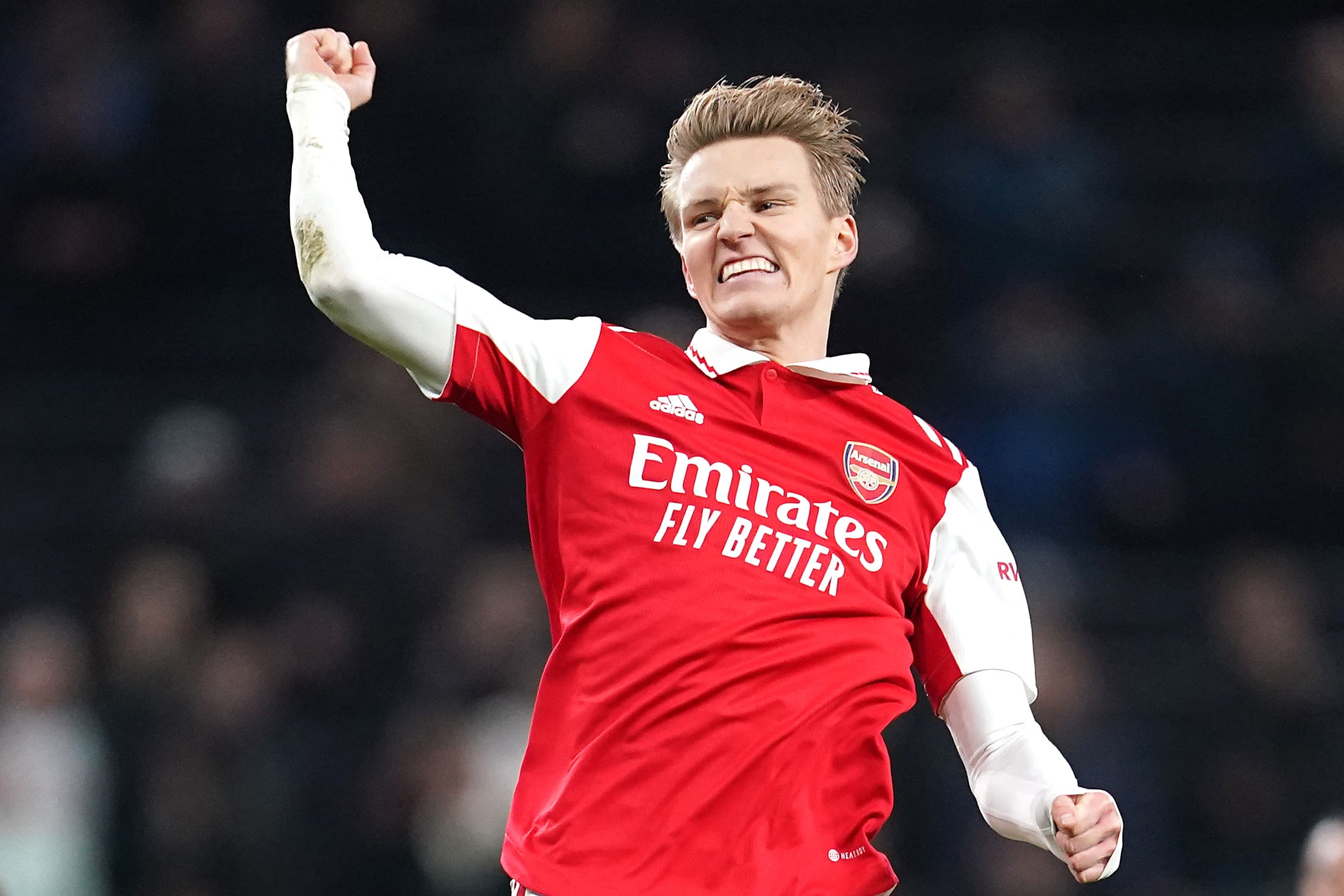 Miguel Almiron, Newcastle: So many candidates for the wide roles in this team, but Almiron took over the league from October to the World Cup break and hit eight goals in nine games. Lovely to see how his contributions gradually became more audacious as his confidence soared.

Erling Haaland, Manchester City: A goalscoring cyborg. “He barely touches the ball,” yet it matters little when the ball ends up in the back of the net whenever it eventually does reach him, having dispatched 21 goals in just 17 appearances to position himself to break all Premier League single-season goalscoring records.

Marcus Rashford, Manchester United: Rejuvenated under Erik ten Hag and without the burden of Cristiano Ronaldo. Rashford has thrived with the added responsibility and is enjoying the form of his career and might just be the best player in the league on this form.

Erling Haaland has been sensational since joining Manchester City

Bernd Leno has been reliable between the sticks for Fulham and Aaron Ramsdale has proven himself as one of the best in the league at Arsenal, showing excellent judgement and anticipation to go with his ability to make spectacular saves.

At the back, Ben White is the closest competition for Trippier and the aforementioned Schar could have been included with the Swiss international vital to the league’s best defence at St James’ Park. Ben Mee, Max Kilman and Thiago Silva have also shone at centre-back.

Solly March has played in multiple positions for the Seagulls, but adds a threat from deep when filling in at left-back.

Andreas Pereira and Joao Palhinha, who has adjusted to the Premier League superbly, have both impressed for Marco Silva’s Whites.

Bruno Guimaraes has added real class in midfield for Newcastle, while Moises Caicedo has been a revelation for Brighton alongside Mac Allister, with the Ecuadorian able to break the lines and thrive when pressed by opponents.

Rodri remains a calming presence in midfield for City and Granit Xhaka has found the right balance for the Gunners. 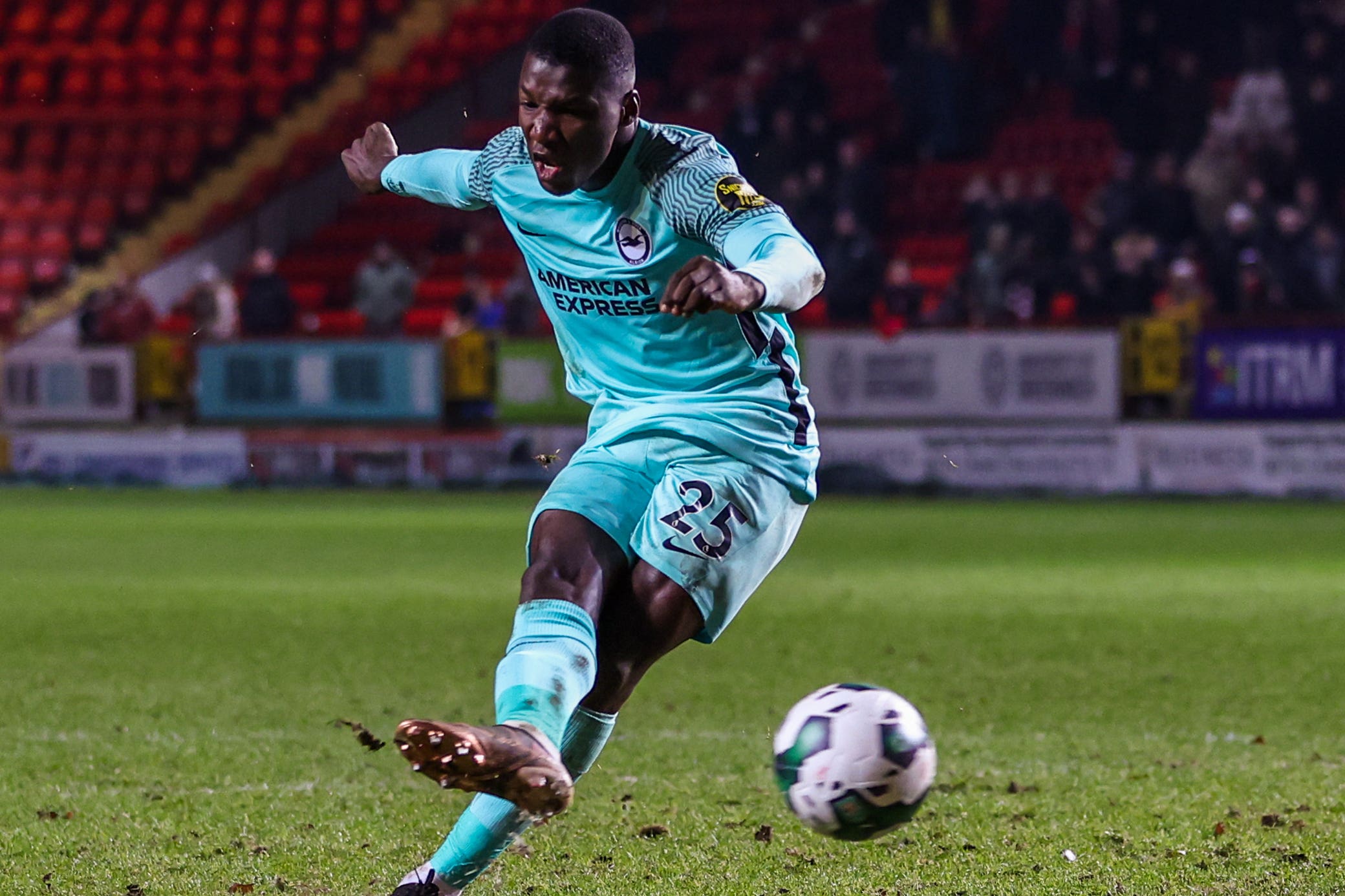 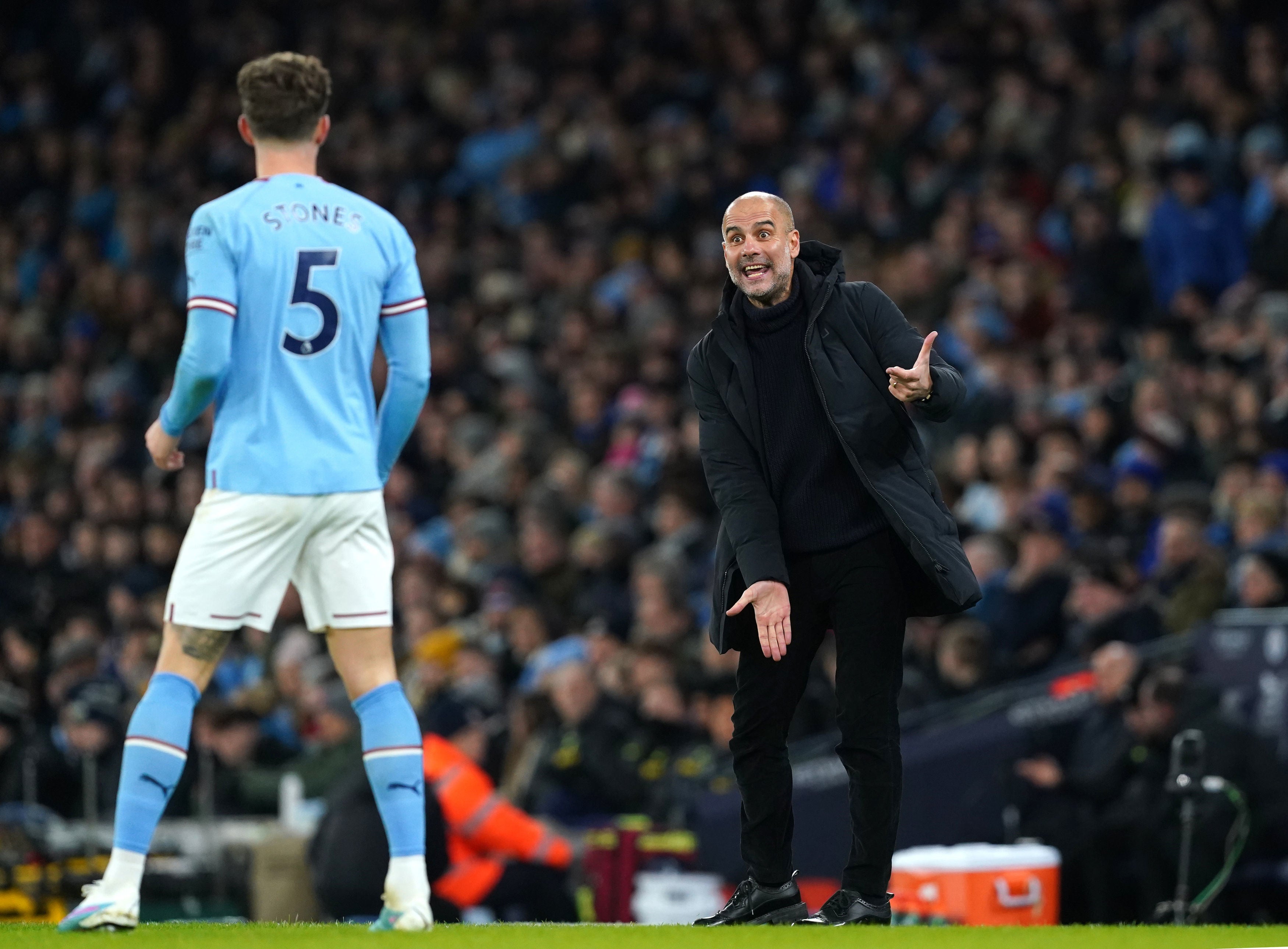 As mentioned above, competition in the front line has been fierce, with Bukayo Saka and Gabriel Martinelli sensational out wide under Arteta.

While Haaland is the undisputed pick for this team’s striker, Aleksandar Mitrovic and Ivan Toney deserve recognition for their exploits in front of goal.