‘They deserve to see their club competing with the likes of Real Madrid on a regular basis’: Ange Postecoglou vows to make amends to Celtic fans after sobering defeat in the Champions League

Ange Postecoglou vowed to repay the Celtic support for the ovation they gave his team after a sobering 3-0 defeat to Real Madrid.

Carlo Ancelotti admitted the champions of Europe were made to suffer in a first half when Parkhead skipper Callum McGregor struck the upright and the Scottish champions crafted a number of chances. 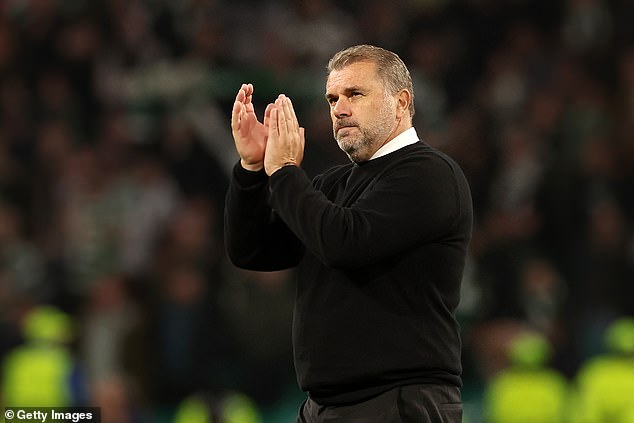 Humbled by fans chanting his name at time-up despite defeat to a star-studded Real side, however, Postecoglou promised to give supporters a team capable of mixing it with Europe’s best.

‘I just feel the responsibility of bringing this football club to this level,’ said the Australian. ‘That’s what these fans deserve.

‘There is no starker reminder of that than the reception they gave us after the game.

‘They deserve to see their football club competing with the likes of Real Madrid on a regular basis, and really competing. 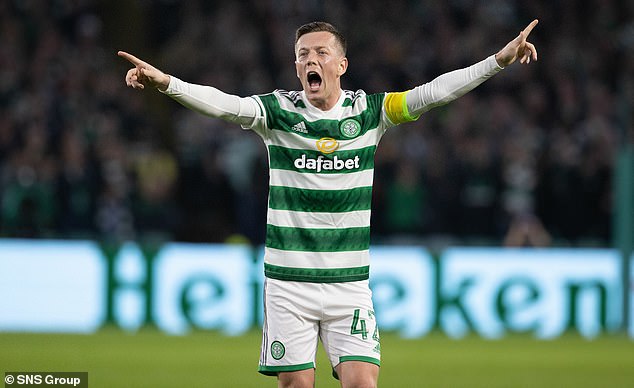 ‘I feel that responsibility and I want to get us up to this level so that this club and these fans get what they deserve.’

Top scorer Kyogo Furuhashi started the game on the bench after a weekend shoulder injury against Rangers.

And, after five goals in his last two games, Liel Abada’s scoring touch deserted him when the young Israeli failed to take two chances in the opening 13 minutes. 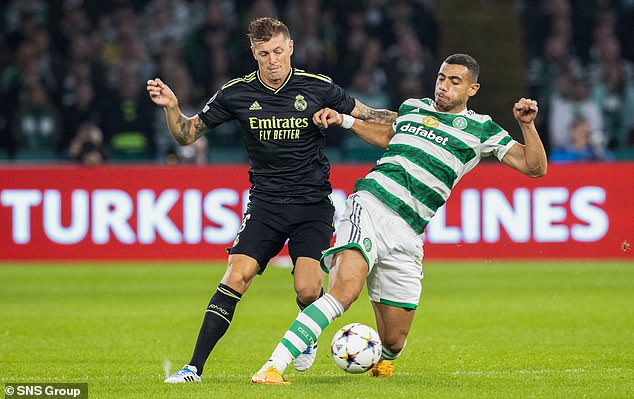 Replacement Eden Hazard made Celtic pay when he scored the third goal 13 minutes from time after two in four minutes from Vinicius Junior and the imperious Croatian Modric.

‘Up until that point I thought we were well in the game and, if anything, had the better chances,’ said Postecoglou.

‘But we needed to capitalise on them and we didn’t.

‘They have the quality to take control of the game when we tried to press on.

‘They were able to exploit the space we left. 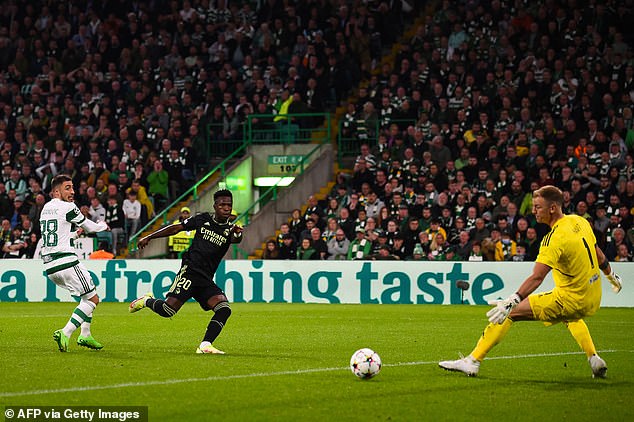 After a tight first half, Vinicius Junior broke the deadlock with a low finish for the visitors

‘But up until that 60 minute mark when they scored their first goal I thought we were well in the game.

‘For us as a team, you don’t need a reminder that it’s fine margins when you’re playing against the best.’

Rueful over the chances his team missed after 13 goals in their last two domestic games Postecoglou added: ‘When you have opportunities you need to take them.

‘That was evident today. If we scored the first goal and put pressure on them then they would have needed to open up.

‘We could then have taken control of the game. 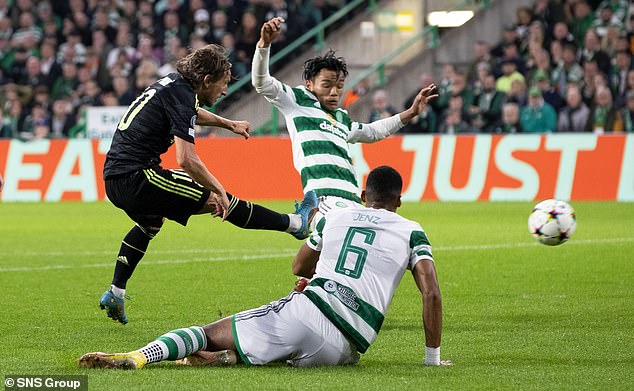 ‘And we had those chances.

‘It’s different if you don’t have the chances and you don’t create anything, of the opposition have got you pinned back.

‘Then there is stuff you can learn. But I think what we learned today we already knew. We’ve just got to be really clinical in both boxes.’

Despite defeat to Real Madrid Celtic took hope from their performance ahead of a difficult trip to Warsaw to face a Shakhtar Donetsk team displaced by war in Ukraine.

In a warning to other teams in Group F Shakhtar travelled to Germany and thumped second seeds RB Leipzig 4-1.

‘Every game is going to be hard,’ admitted Postecoglou. ‘It’s Champions League. 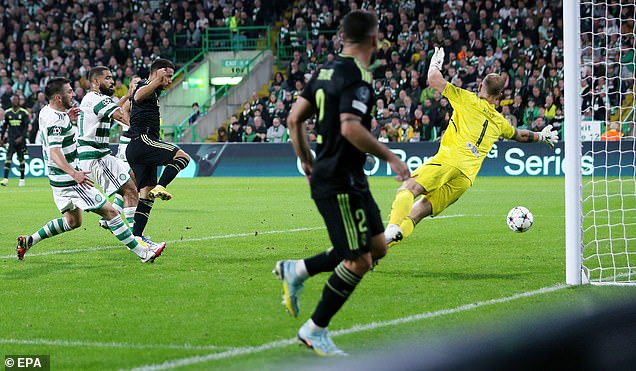 ‘I don’t think the next game has going to be any different.

‘It’s going to be fine margins and we’ve just got to make sure we end up on the positive side of the ledger.’

Asked if he saw enough in last night’s game to feel optimistic over a second or third place finish in the group the Celtic boss answered: ‘I feel determined, not optimistic.

‘I feel that responsibility. I want us to be a Champions League football club.

‘For that to happen we have got to come out next week in a game that again it is going to be a tough game, with fine margins, and be clinical in those kind of areas. It is not about being optimistic or pessimistic about it, it is about being determined to bridge that gap.’ 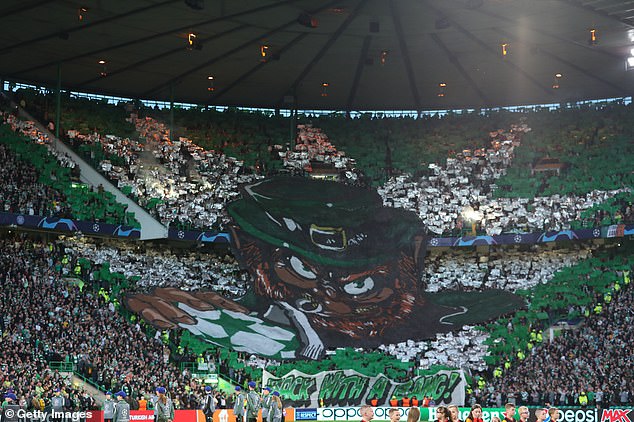