Portsmouth 1-0 Harrow Borough: Boss Danny Cowley insists the standards of his side ‘must be MUCH higher’ after 2008 FA Cup winners edge into second round following victory seventh-tier opposition

With 20 minutes to go, Danny Cowley called his Portsmouth players over for a huddle before unleashing a tirade. The 2008 cup-winners were up 1-0, yet while at full strength they were lethargic, stuttering, being made to work hard by a side 82 places below them, in the Southern League, the seventh tier of English football.

A few yards away, Harrow’s players were in a huddle of their own, being told to dig deep. This was their ‘once in a lifetime’ moment, so motivation was not in short supply.

Taxi drivers, school teachers and couriers are among the professions of those in the red of Harrow. Yes they lost, but it was Harrow’s part-timers walking off with heads held high here. By that final whistle, it was Portsmouth who needed to kill the clock. There was an awkwardness to their celebrations, if that is what they can be called. 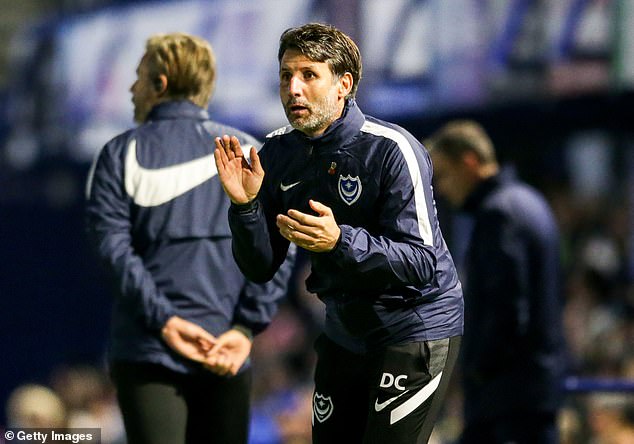 Cowley knows the power of the underdog, having guided Concord Rangers to the first round before famously making Lincoln City the first non-league team in 100 years to reach the cup quarter-finals in 2017.

Harrow have waited five years to get another crack at the first round. Boss Steve Baker was involved then, but most of his players were not.

There were a few tell-tale signs that the novelty of the occasion caught Harrow out pre-match, when they walked on the pitch for an early look and were kicked off by an angry groundsman. 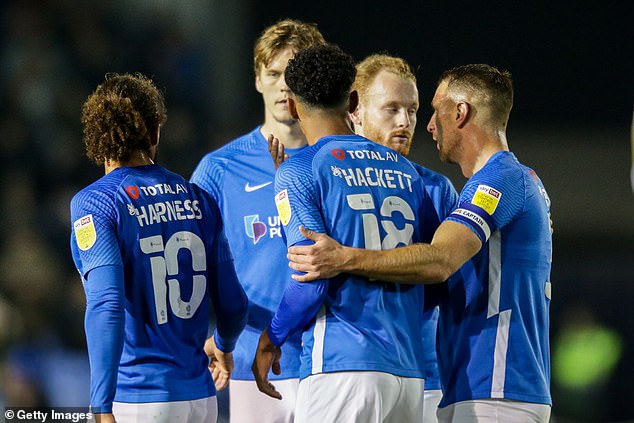 Chairman Peter Rogers, 72, has seen the club’s finest moments and reminisces fondly when talk turns to 1983 an reaching the second round back.

Five times Harrow have made it to the first round and each has proved significant off the pitch. But in light of the pandemic squeezing every last penny out of the club, this time it has been vital.

‘We are hand-to-mouth,’ Rogers said. ‘This year with money from the FA we are in a better position but we are still hand-to-mouth and we rely on donations. 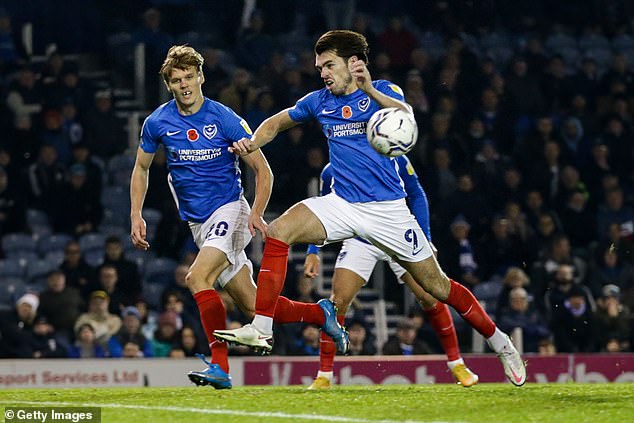 Pompey were at full strength but they were lethargic, stuttering, and were made to work hard

The 499 travelling fans housed in the Milton End managed to keep their voice even when Portsmouth broke the deadlock after 28 minutes through Marcus Harness. That was supposed to open the floodgates. But Harrow hung in, like a boxer ducking and diving when on the ropes.

Few have seen Portsmouth against such opposition in the cup. Not since facing Bideford of the Western League Premier Division in 1977-78 has any opposition compared to Harrow.

Given this display, Portsmouth’s FA Cup run may not last much longer than Harrow’s.