PLAYER RATINGS: Mason Mount came up with another big goal and Timo Werner worked tirelessly, but Karim Benzema took his chance to deliver a decisive header

Real Madrid saw off a stirring Chelsea fightback to book their place in the semi-finals of the Champions League following a 3-2 defeat after extra time at the Santiago Bernabeu on Tuesday that sent them through 5-4 on aggregate.

Chelsea had looked on course to complete an astonishing comeback after taking a 3-0 lead in their quarter-final second leg with goals from Mason Mount, Antonio Rudiger and an excellent individual effort from Timo Werner.

Yet the hosts came roaring back, with Rodrygo finishing from a superb pass by Luka Modric to level the tie 4-4 on aggregate and force extra time when Karim Benzema headed home to decide a remarkable encounter. 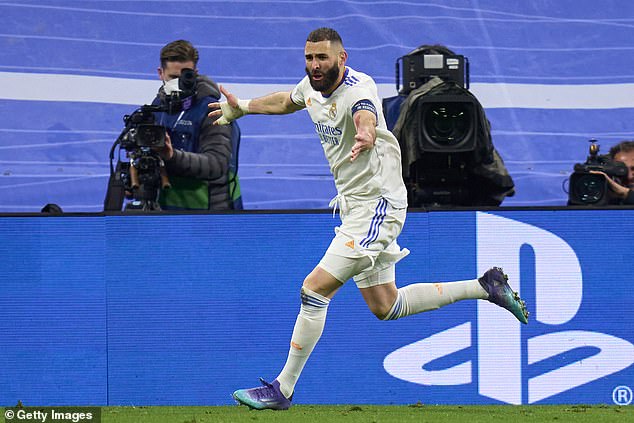 Booed again but stayed focused. A stronger hand might have prevented Werner’s third.

Might have done more to tuck in and help Nacho and offered little going forward.

Replaced suspended Militao and tough ask with runners around him. Some shaky moments.

Madrid’s best defender and needed to be at times but misjudged corner for Chelsea’s second.

Invited pressure on his own defence too often with how long he took to move the ball on. 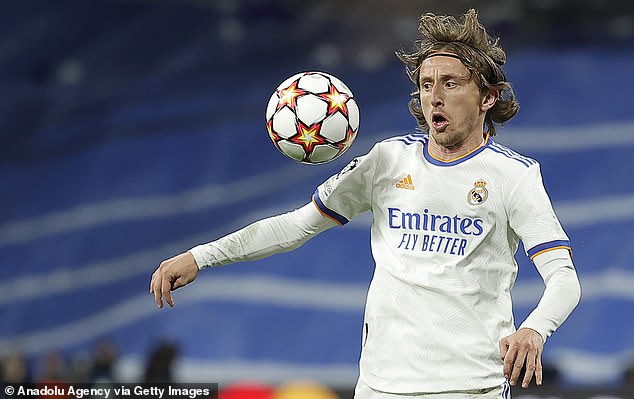 Cool presence in midfield. Kept looking for openings but was hindered by lack of options.

With defence weakened was required to get back and help out centre-backs more than once.

Chelsea squeezed him out after classy start but produced one of assists of competition for Rodrygo goal.

Hard working presence down right but did not offer too much in attack to help teammates. 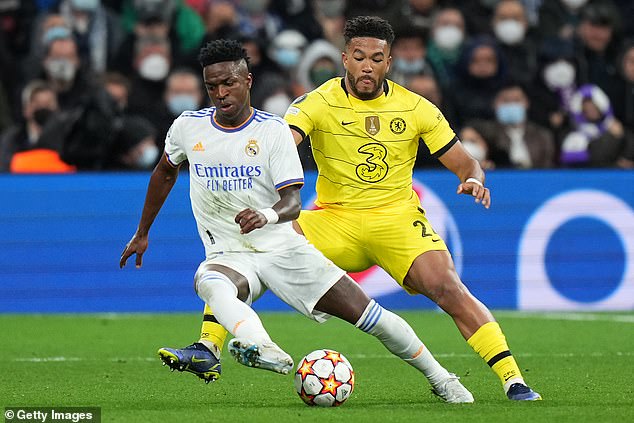 Up against far better opponent from start in return but still impacted game for Benzema’s goal.

Team were outclassed for most of game but two moments of quality edged them through. 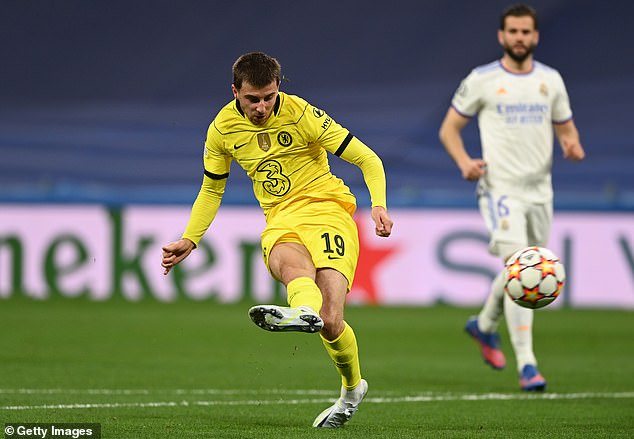 Kept playing out, undeterred by his first leg mistake. Could not have prevented Rodrygo strike.

Early booking left him on tightrope but didn’t affect him or his approach to battle with Vinicius.

Barely put foot wrong for most of game until he gifted Madrid ball before Benzema’s header.

Big threat in attack, scoring the crucial second. Cruel how costly his slip was as Benzema struck.

Solid defensively and keen to get forward. So unlucky to have goal chalked off for handball. 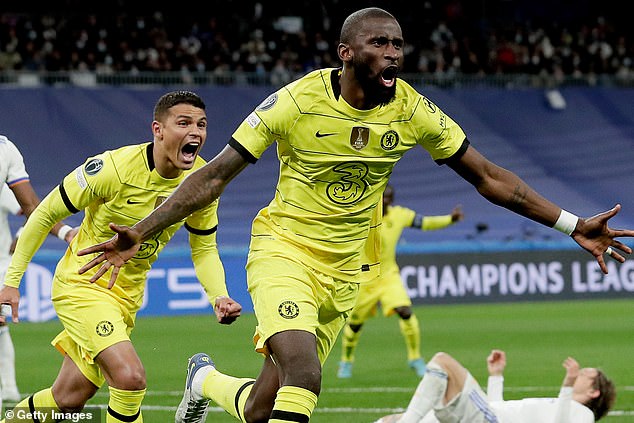 Big game and more like his usual self. Often in perfect place to thwart Madrid when danger loomed.

Was involved in Mount’s goal with important touch but also had some sloppy moments too.

Strutted around his former home and key to Chelsea winning the midfield battle this time.

Another big goal against Madrid for man in form. Constantly posed problems with movement.

Rewarded for his Southampton double with start. Worked tirelessly and scored brilliant third. 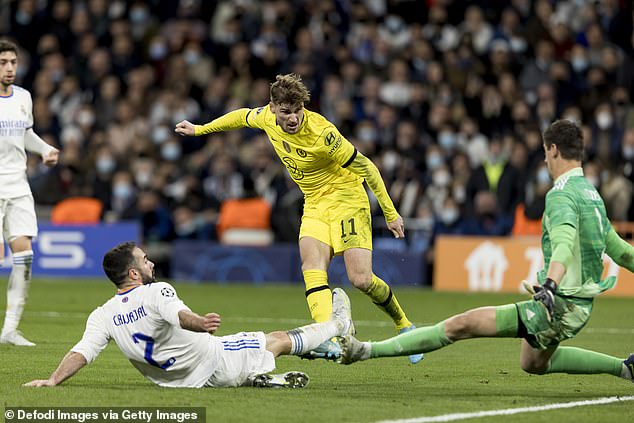 Became more involved as the game wore on but will be kicking himself for extra-time headed miss.

His bold calls including Werner selection paid off but luck evaded his brave Chelsea side.

A bit fussy at times and instructed to rule out Alonso’s strike by VAR.