Piers Morgan has targeted Wayne Rooney with a deep-cutting verbal onslaught after the Manchester United icon admitted he would drop Cristiano Ronaldo for Monday’s Premier League clash against Liverpool. The DC United manager also urged his former club to let Ronaldo leave this summer and help Erik ten Hag build for the future.

Ahead of Liverpool’s visit to Old Trafford, Rooney has addressed United’s dismal start to the season in his latest column for The Times. The 36-year-old believes Ten Hag needs energy on the pitch after Brentford outran his side by over 13km last Saturday and, therefore, would snub former teammates Ronaldo and Marcus Rashford.

“I wouldn’t play Cristiano Ronaldo, and I wouldn’t play Marcus Rashford,” wrote Rooney. “If I was in Ten Hag’s position, my main concern would be getting energy on the pitch, and United’s failure to recruit a number nine means they relied on Ronaldo against Brentford, even though he hadn’t trained a lot with the team. He looked like he needs time to get match fit.

“He has also let it be known that he wants to leave the club. I don’t know his reasons but, as I wrote in my last column, I’d let him — he’s a great player and will always score goals, but the task for Ten Hag is to produce a team that can compete for the title in three or four years’ time. That means rebuilding with younger players.” 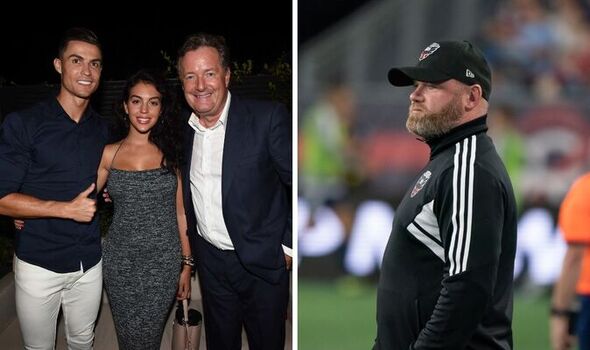 Morgan, a close friend of Ronaldo, hasn’t taken Rooney’s comments lightly and reacted with a brutal response on Sunday morning. The broadcaster took to Twitter to slam the ex-Derby County boss’ managerial record and label him inferior to the five-time Ballon d’Or winner.

He tweeted: “Rooney has a managerial win record of 28 per cent, and his DC United team lost 6-0 yesterday. So I suggest he pipes down with the management advice and endless jealous b****ing about @cristiano whose talent, success and fitness levels all dwarf Rooney’s.” 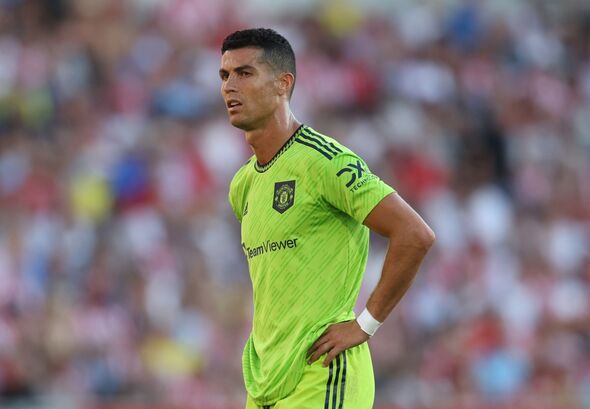 Ronaldo was left on the bench in United’s Premier League opener against Brighton & Hove Albion at Old Trafford after missing the club’s pre-season tour, citing family reasons. He was thrown into the starting line-up at Brentford, with Anthony Martial still absent through injury, but looked far from full fitness as the Red Devils slumped to a humiliating defeat.

After confirming Martial has returned to training ahead of the Liverpool match, Ten Hag could make the huge decision of dropping Ronaldo for the Frenchman, who displayed promising form throughout pre-season. But it’s unlikely the 37-year-old, or Morgan, would be content with that in one of the biggest games on the football calendar.