Peter Crouch and Jermaine Jenas were left bemused by Tottenham’s defensive approach, after a reluctance to get forward proved costly in the first half against Marseille, before a change in approach brought them a much-needed win

Spurs won just their second game in five, and their second in a row from a losing position, having responded to going 2-0 down against Bournemouth at the weekend to win 3-2.

And it was a similar story on Tuesday night, after former Newcastle defender Chancel Mbemba put the home side ahead, only for a second half double from Clement Lenglet and Pierre-Emile Hojbjerg to rescue a victory late on. 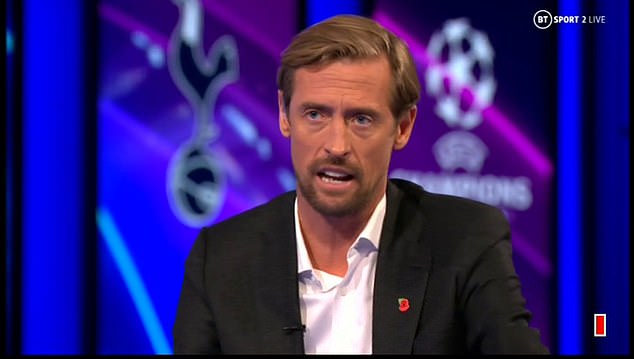 ‘I’m frustrated, I’m very similar to the fans’ perspective I just don’t understand why you don’t start on the front foot,’ the former Spurs striker Crouch told BT Sport. ‘It gives teams impetus; it gives them hope, it gives them belief.’

‘When you start like that, especially away from home, you’re giving the impetus to the other team it’s just i don’t understand why you would retreat and invite pressure on.

‘It gives the team a hell of a lot of confidence, they string passes together they’re playing into the game.’ 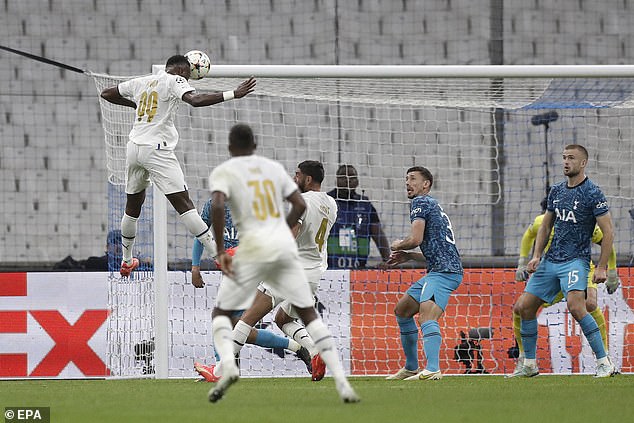 Manager Antonio Conte – who was not on the bench due after receiving a red card in the aftermath of the disallowed last-minute goal against Sporting last week – marked his one-year anniversary in north London with a much-needed win.

Spurs were second best in almost every respect in the first 45 minutes, and Marseille’s opener on the cusp of the interval was fully deserved, having dominated possession and forced Hugo Lloris into saves early on in the game.

But although his side ended up going through to the Champions League second round as group winners, Spurs have come in for criticism of late as a result of their lack of consistency and their poor performances in the opening stages of games. 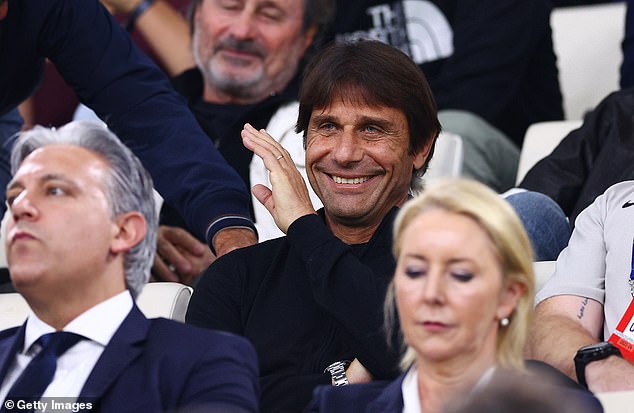 Tottenham won just their second game in five matches, having lost two and drawn the other 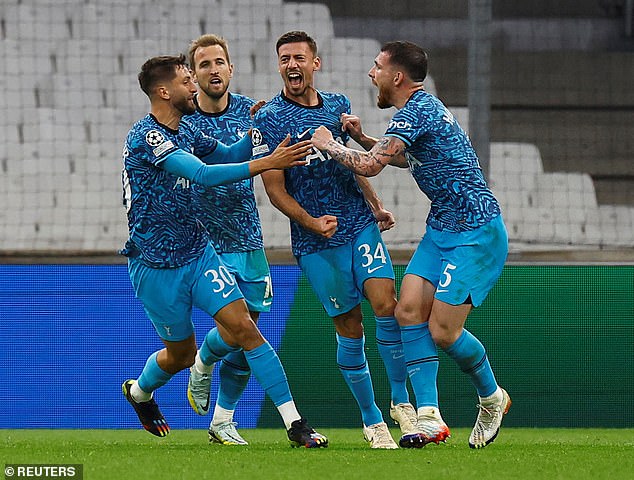 ‘I don’t feel like they had the clarity to go and play on the front foot,’ argued Jenas. ‘It felt like what Clement Lenglet was saying was that as a team they were a bit more protective, like “let’s hold on to what we’ve got”, but the minute they conceded as does happen at times they just relaxed and went “You know what – let’s go and play”.

‘From my point of view, we can see they they’re better like that, why are they not just going and doing it? When you’re on the front foot and playing like that, you’re so much better.

‘You just brought up that list of who they’re gonna be facing – as you go further into this competition you won’t get away with that, you won’t get a second bite in the second half to make your wrongs right, so they need to try and find a way to nail it down in the first half and try and be much more consistent over the game.’ 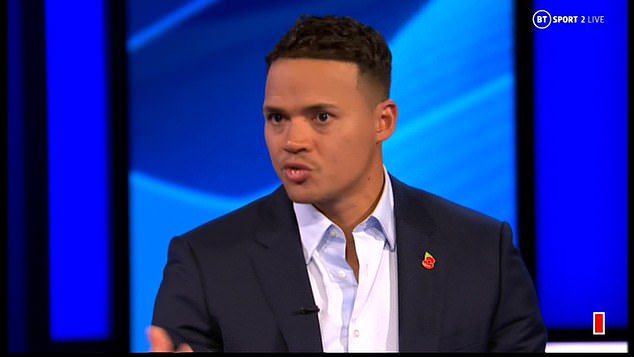 The former Spurs midfielder also noted that the north London side were without several key members of their squad – particularly going forward – and this was one of the key reasons behind their offensive struggles of late.

Jenas added that he expected to see a change in approach from the club moving forward, saying: ‘Honestly yeah because they’re not playing well. They haven’t played well all year which is why it’s remarkable that they are where they are.

‘It has to change at some point, I do believe that (Dejan) Kulusevski not being in the team is huge. I think we’re seeing the impact of how good he is because he’s the fine balance between what they do from an attacking point of view and defensively. 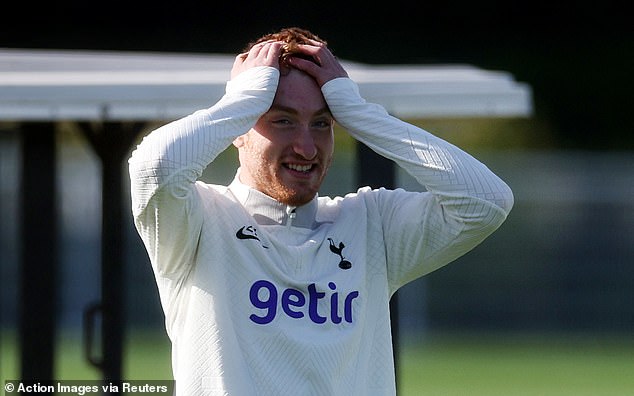 ‘When he’s back I expect to see a much better version of Tottenham.’ 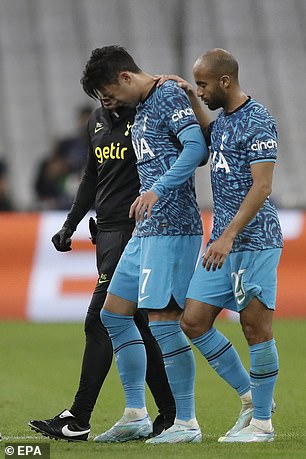 Kulusevski had burst into the Spurs attacking line-up after his arrival in January 2022,  scoring eight and assisting five in 18 Premier League games.

However the Swedish international forward has missed ten games since the end of September with a thigh injury, and along with the injury to Richarlison, and the head injury to Son Heung-min in Tuesday’s clash, leaves Spurs short up front.

But as with Crouch, it was the lack of ‘character’ and fight from the visitors that most irritated Jenas, and he had called for a far better showing in both aspects in the second period.

Also they are down to their bare bones, no (Cristian) Romero, no Kulusevski, no Richarlison, no manager today,’ added the BT pundit.

‘I asked for some character in the fist half but in the second half I saw character I saw some players that did not want to go out of this competition, that were fighting, wanted to get on the ball and they fully deserved the win in that second half.’