Arsenal academy manager Per Mertesacker has hinted that Reiss Nelson and Ainsley Maitland-Niles may have to leave the club in the near future. Both players had spells out on loan last season and could be exiting permanently in this window.

Nelson spent the entirety of the campaign at Dutch side Feyenoord. He made 31 appearances in all competitions, scoring four goals.

He was part of the Feyenoord side that lost to Roma in the Europa Conference League final in May. Maitland-Niles was an unused substitute for their Italian opponents after moving on loan in January.

The 24-year-old was unable to establish himself as a regular under Jose Mourinho in Rome. Mertesacker was happy to see the duo playing abroad but admits it will be down to manager Mikel Arteta and technical director Edu on whether their development continues at the Emirates. 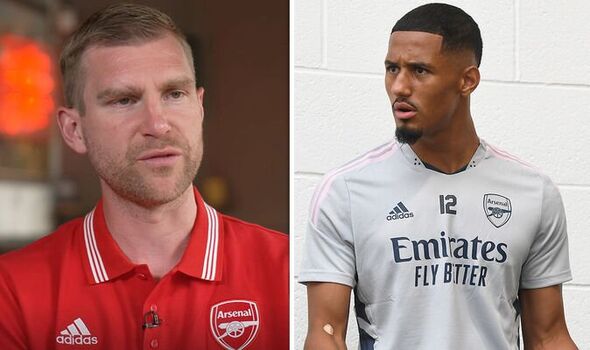 The German told Sky Sports: “To see them in the leagues of Europe, they went to Holland, they went to Italy. Fantastic experience for them, hopefully they will benefit from it.

“Whether that’s here with us or whether they need to go somewhere else, that’s obviously the decision of Edu and Mikel.” Nelson and Maitland-Niles both came through the academy at Arsenal.

Their respective contracts are both set to expire at the end of the upcoming season. Meanwhile, William Saliba is back at Arsenal following his successful loan at Marseille. 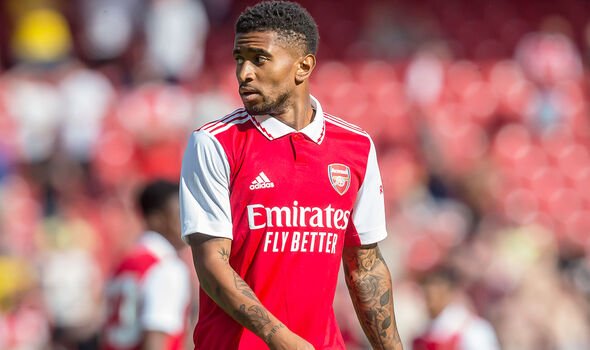 The Frenchman is yet to make his debut for the Gunners but Mertesacker says there is no reason why he cannot feature regularly under Arteta this term. He told Hayters: “What William has done in Marseille is magnificent. So for us to really test him this summer and see what’s best for him.

“But he has clearly made his mark with his young age with his playing in a major league in Europe and been one of the best players in Europe. So why not use him?”

Nicolas Pepe is also linked with a move away from Arsenal. The club-record signing scored just one Premier League goal last term but Mertesacker is hopeful he can push on in north London.

He said of Pepe: “I have seen when I was coaching there that he has major potential. Hopefully we can see that at Arsenal.”

Arsenal have been active in the transfer market, with Gabriel Jesus the latest acquisition at £45million. Mertesacker has been impressed by the work done by Arteta and Edu, especially for Jesus.

He commented: “We convinced him to come fairly early in the transfer window, not wait too long. I think we are proactive.

“We’re making our points clear to the player, families, agent and by the looks of it we’ve got the right arguments and players are willing to come to us to bring us back to the Champions League and where we belong.”