Pep Guardiola has warned table-toppers Arsenal that Manchester City have shown in the past week that they are primed to defend their Premier League title.

The City boss admitted he had no clue how his players would react after the World Cup — claiming the British climate contributed to that — but feels performances against Liverpool in the Carabao Cup and victory at Leeds United vindicated the decision to extend his contract.

‘I would say I’ve been surprised, because you have no idea how people are going to come back from the World Cup,’ Guardiola said. ‘When you’re not with the players every day, they go off with their countries, they have success or not, played good or bad. 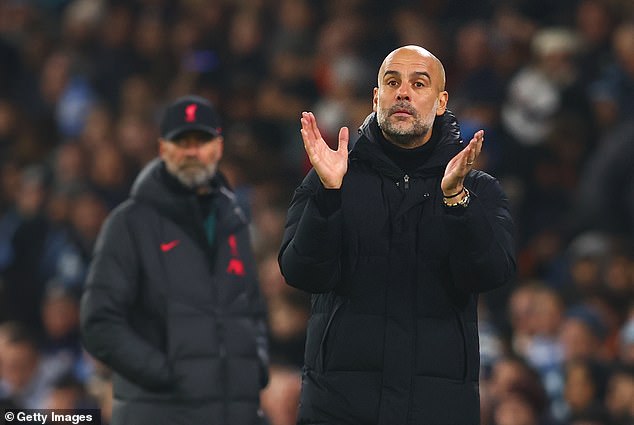 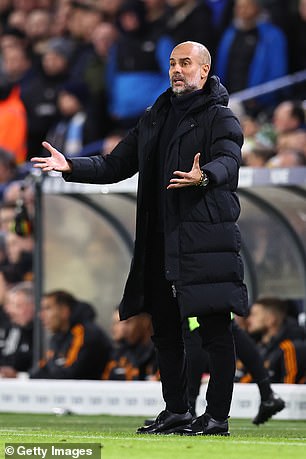 ‘And then you come here with this weather, immediately to Elland Road against the most intense team in the Premier League. You don’t know how you’re going to react. But they reacted really well, I’d say. The commitment made me feel that.

‘Winning four in five years and seeing the way we played at Leeds, after the contenders all won, I see the desire. It made me feel, ‘OK, let’s prove ourselves again’. It’s not 15 or 20 points, we are close. I prefer to be closer but we are not finished the first half of the season, it’s not a big distance.’

Guardiola will allow his players to let their hair down to celebrate new year after today’s clash against Everton, with City not featuring again until Thursday’s trip to Chelsea.

The Catalan, who signed a new two-year deal in November, has been buoyed by the purpose within his players, a collection of whom have already won four league titles. 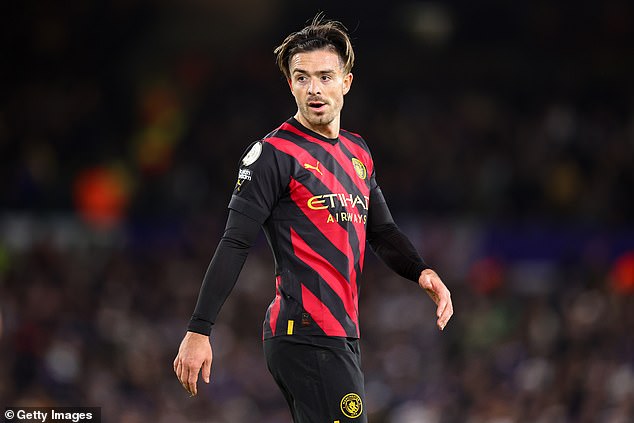 ‘That is the challenge: to do it again,’ he added. ‘How nice is that? What I’m proud of the most is that we are still there. The same in the Carabao Cup, beating Chelsea and Liverpool. Still we are there. That is what makes me proud, gives me the feeling that I want to continue with these guys in this club.’

Guardiola also outlined the impact his new 18-year-old academy right back, Rico Lewis, is having on the squad.

‘I know that if we drop off then it will not be enough. That is why we need Rico. For him, this is all new. His energy is contagious, he gives it to me and the players. It is necessary, because you can’t rest on what you’ve done in the past. 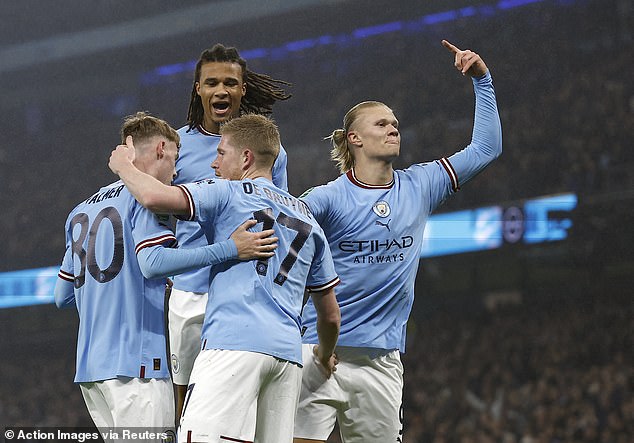 ‘It’s about how you behave. If you behave, you play. If you don’t behave, then you are not in.

‘The moment we believe, ‘OK, four titles in five years, we don’t need to do it’, then we have no chance. No chance even for the top four. Newcastle are there and nobody expected it, so it’s one team less for the Champions League and that can be us.

‘Newcastle have shown consistency. When we played them in our third game and we drew 3-3 after going 3-1 down I was in the locker room and everyone outside was saying, “Ah, City, the champions, dropped two points to Newcastle, how s*** they are”. But I said they are so good.’ 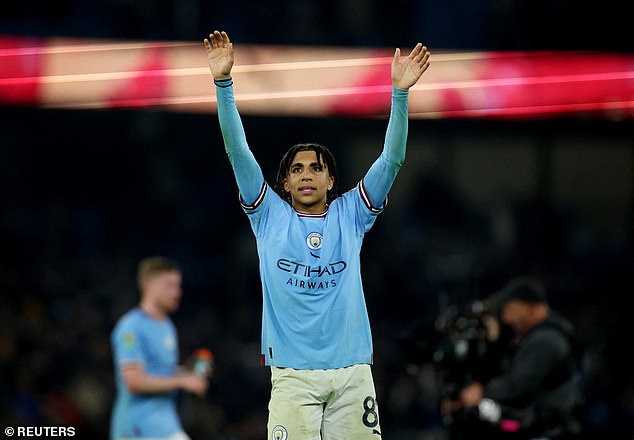